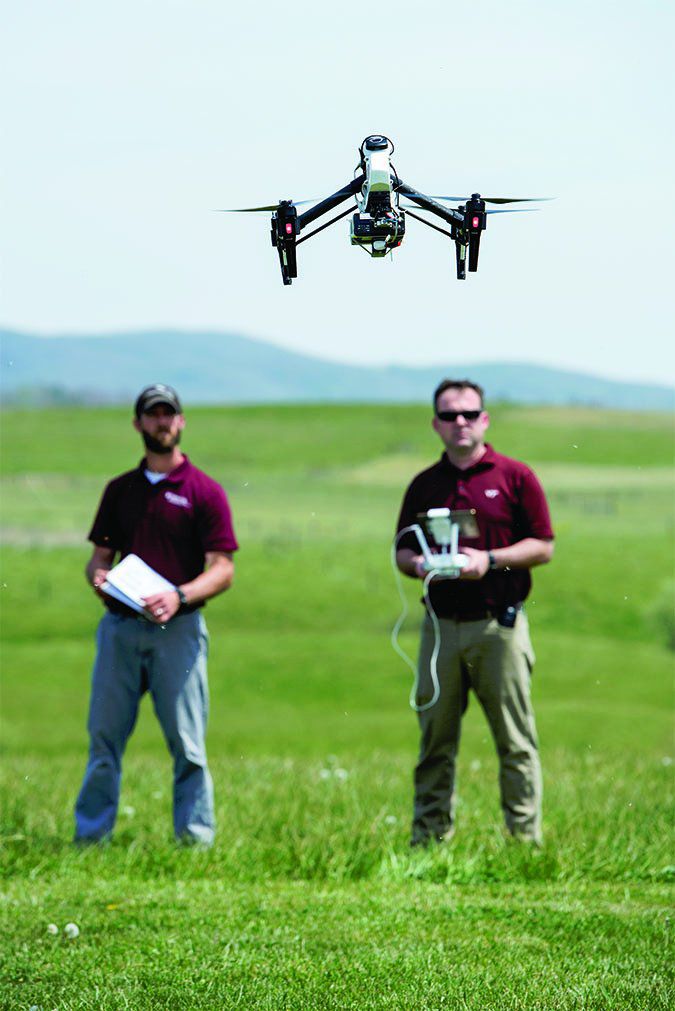 The FAA in late February released an updated list of reports detailing sightings of unmanned aircraft systems, or drones. The sightings were reported by pilots, air traffic controllers, law enforcement personnel and citizens concerned the drones posed the threat of potential collisions or other encounters with the drones. The latest data covers February through September 2016, and includes a sharp increase—1274 new reports compared with 874 for the same period in 2015.

The data released by the agency include several reports of pilots claiming drone strikes on their aircraft. To date, however, the FAA has not verified any collision between a civil aircraft and a civil drone. The agency stated, “Every investigation has found the reported collisions were either birds, impact with other items such as wires and posts, or structural failure not related to colliding with an unmanned aircraft.”

The FAA believes its sightings reports serve as a clear message to drone operators that their UAS are dangerous and illegal when operated around airplanes and helicopters is. The agency notes that “unauthorized operators may be subject to stiff fines and criminal charges, including possible jail time.”

Additionally, the FAA reminds the public a free smartphone app— B4UFLY— is available to provide current information on where unmanned aircraft can be flown safely. The app is available for iOS and Android smartphones on iTunes and Google Play.

The new SAIB (CE-17-08) notes that “fatigue cracking can develop at the midpoint of the bolt shank, which can result in bolt failure and subsequent main gear collapse.” The FAA said the new SAIB is a result of an incident involving a PA-23-250 in which the right main landing gear collapsed. The investigation revealed that the right main landing gear drag link center attach bolt had sheared in the center of the bolt shank due to fatigue.

A SAIB is not mandatory, like an airworthiness directive, but is designed to “alert, educate, and make non-mandatory recommendations to the aviation community about ways to improve” aircraft and related components. The SAIB discussing PA-23 main landing gear drag link bolts is available on the FAA web site.

Be Aware Of Class B

An FAA Safety Alert for Operators (SAFO) bulletin issued in late January calls for all pilots and flightcrew operating near the boundaries of Class B airspace to “exercise caution and be aware of the risk of excursions out of and incursions into Class B airspace.” The bulletin (SAFO 17001) targets operators of all types and is particularly concerned with aircraft descending through the floors of Class B airspace.

According to the SAFO, all pilots and flightcrew should utilize published resources to become familiar with the vertical and lateral boundaries of Class B airspace they may be operating in or near.

“All pilots should maintain external vigilance and apply ‘See and Avoid’ principles during any terminal operation, particularly in or near Class B airspace boundaries where the risk posed by an excursion or incursion is greatest. Because of the need for heightened awareness, pilots and flightcrew should control the potential for distractions when operating near a Class B airspace boundary, or coordinate the timing and manner in which they program avionics or flight management systems.”

As a reminder, especially to pilots based in or visiting Florida, that temporary flight restrictions (TFRs) designed to protect the U.S. President and his party can pop up literally anywhere, we note a press release from the North American Aerospace Defense Command (Norad) stating two of its F-15 fighters had to go supersonic to perform an interception of what Norad called an “unresponsive general aviation aircraft.”

The event occurred February 17, 2017, near a TFR established over the Palm Beach, Fla., area at approximately 7 p.m. local time. According to Norad, “The intercept required the Air Force F-15s from Homestead Air National Guard Base to travel at supersonic speeds, a sound noticed by area residents, to get to the general aviation aircraft where they were able to establish communications.” No additional details regarding the intercept were available.

Norad also wants you to know the intent of its intercepts “is to have the identified aircraft re-establish communications with local FAA air traffic controllers and instruct the pilot to follow air traffic controllers’ instructions to land safely for follow-on action” and that it “may be required to monitor, shadow, divert from flight path, direct to land and/or destroy” such aircraft.

With that in mind, now is a good time to remind readers that FAA Notices to Airmen (Notams) for years have required all operators, if capable, to monitor the so-called Guard frequency (121.5 MHz) at all times while in U.S. airspace. It’s also a good time to paw through the Aeronautical Information Manual (AIM) and its paragraph 5-6-2 to refresh our memories on intercept procedures and what’s expected of the intercepted aircraft.