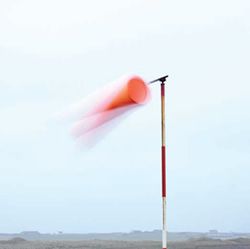 The hangar conversation followed lines one expects on a gusty, blustery, bombastic-air day—with turbulence the topic of the moment. “As soon as Flight Service passed on that Pirep about moderate-to-heavy turbulence ahead, I slowed to VB,” explained the ATP cooling off with some colleagues after his heavy day flying a FAR 23 business jet. “Told the boss she we needed to live with slower or risk not outliving the air.”

At that point an instrument student, who cancelled his lesson because of the turbulence, asked that ATP why he didn’t slow to VA. “Isn’t VA the speed to fly?”

“Well,” the older aviator drawled, “VA would have been appropriate if I was lower and maneuvering the airplane. As it was, we slowed down to maximum gust speed, VB, from VC, design cruise speed.”

Getting VA and VB confused happens a great deal, mainly because their definitions seem similar but in fact are so different that knowing and understanding the differences, why they exist and how they vary could save a pilot from some bent metal—or worse—at the hands of that most-familiar of fluids, air. Let’s take a look at how and why they differ, and why it could matter.

Take these definitions of various airspeeds as the Gospel according to the FAA, via the Pilot’s Handbook of Aeronautical Knowledge (FAA-H-8083-25A). They are found in other places—FARs 23 and 25, notably—used for certification and, most important of all, in real life.

First up is design maneuvering speed, a term familiar to most general-aviation pilots and represented as VA. It’s the “maximum (indicated) speed at which full, abrupt control movement can be used without overstressing the airframe.” Put another way, VA is the speed above which maximum deflection of the control surfaces may cause structural damage. Put another way, the airplane physically cannot produce enough lift to exceed the limit load factor.

Meanwhile, VB, or design speed for maximum gust intensity, is the “maximum airspeed at which a sudden gust of wind will not overstress the airplane.” That’s simple enough on its face, but did you notice the subtle difference between VA and VB? The main difference between them is VA is predicated on actual maneuvering while VB presumes a sudden gust affecting a stable, unaccelerated aircraft.

As for VC, the design cruise speed, it’s the sweet spot in flight efficiency: “Design cruising speed, also known as the optimum cruise speed, is the most efficient speed in terms of distance, speed and fuel usage.” In piston-flying circles, that’s usually quoted as 75-percent power at the airframe’s optimal altitude and yields the best combination of speed and time to destination for fuel used. So the ATP, being mindful of his boss’ budget, set power for VC, which in that jet’s case was above VB.

Pilots of Transport category aircraft appreciate both VA and VB even if many consider VB strictly a turbine-aircraft issue since it is seldom if ever published for piston-powered general aviation aircraft. Regardless, knowing and flying at or slower than what we’ll call the appropriate turbulence-penetration speed is critical whenever air gets more than mildly lumpy.

We learned in primary training all the airspeeds about our aircraft—VS, VSO, VX, VY, VNE, etc.—as well as the impact of other numbers, like weight. For example, we learned to apply some of those numbers at a theoretical weight we seldom, if ever, see in real flight: maximum gross takeoff weight, or MGTOW.

The emphasis on the “seldom, if ever” aspect is related to that weight and how we operate our airplanes. The total empty weight of the airplane, plus fuel, oil, luggage, people and your iPad all add up to become MGTOW. Unless we load the aircraft above that weight limit before engine start, we should never actually take off at MGTOW. Recognizing this, “ramp weight” was created, allowing us to begin the takeoff roll at MGTOW after taxi and run-up operations burn the gallon or so of fuel they require after engine start and before takeoff.

Once we begin the takeoff roll, fuel is consumed and the aircraft gets lighter. An hour or so into our flight, the airplane can be significantly lighter—as a proportion of MGTOW—than it was on the ramp. Toward the end of a long flight, we can be extremely light and well below MGTOW. Since we technically are never at MGTOW when encounter turbulence, the issue becomes important when asking a simple question: At what speed should we fly? Put another way, what’s the effect on VA and VB when we’re below MGTOW?

The answer is simple: Both speeds decline, since stall speeds also decline, which brings about reduced values for VA and VB. Here’s how it works for the average personal airplane.

For example, the venerable Cessna 172 can be operated in either the Utility or Normal categories. Which category it resides in is determined by the 172’s gross weight and loading. In either instance, however, the published maneuvering speed is the same.

The Beech Bonanza series is an exception to this dual-category conundrum. Even at MGTOW, all Bonanzas—whether of the 33, 35 or 36 series—are certificated in the Utility category and rated to handle 4.4G. Only if certain aftermarket modifications are made—adding tip tanks, for example, which can increase the MGTOW—will a Bonanza’s certification change to the Normal category.

When determining speeds like design maneuvering (VA) and maximum gust intensity (VB), manufacturers are required by FAR 23.335 to calculate them based on the airplane’s stalling speed. Which stall speed is used differs when calculating the two values. Both use the limit load factor’s square root, either 3.8 or 4.4, expressed in G, for the calculation.

VA = 61 * 1.95, which in this example equals 119 KIAS. Take the airplane into the Utility category with a lower VS of 58 to match the lower gross weight, and we can expect the calculation to look like this for the same plane:

Either way, the airplane should stall before suffering damage, as many an instructor likes to explain.

Well, the numbers with which we’re concerned—VA, VB and VS—change as the airplane’s weight changes. As the airplane burns fuel, it gets lighter. As it gets lighter, its stall speed decreases. As stall speed decreases, VA and VB also decrease. The point here is the speed we want to use when dealing with turbulence changes with the airplane’s weight: it’s higher when heavy and lower when light. Ideally, we’d like to fly at the published VB for our current weight. But such a speed is rarely if ever published for light airplanes, so we’re forced to stick with VA.

Let’s take it in the opposite direction. Presume a Normal category airplane (limit load factor of 3.8 G) has a published VA of 135 KIAS at its MGTOW of 3800 lbs. Let’s also presume we’re flying that airplane at 135 KIAS but the airplane itself is relatively light, with a gross weight of only 2700 lbs. If we fully and immediately deflect the controls, we will exceed the limit load factor.

As the preceding highlights, the maneuvering speed (VA) published for most personal airplanes is only valid at MGTOW. But we never fly at that weight. How can we determine the appropriate speed to fly when encountering turbulence?

When choosing a speed at which to fly in turbulence, many of us do some mental arithmetic and settle on a speed somewhat lower than VA. That speed may or may not be one affording the protection against airframe failure we want. The bad news is we easily could be flying faster than our current weight dictates.

The good news is we can compute a weight-based speed at which to fly in turbulence. To do so, however, we need to know the airplane’s VS (clean stalling speed) at various weights lower than MGTOW. Generally, VS is determined by the manufacturer during flight testing and only at MGTOW; we’re on our own when trying to come up with VS at lighter weights. We can go out and do some flight testing on our own, and we might even be able to dream up some math to compute a low-gross VS, then apply one of the earlier formulas. Much of that is impractical, however. As a consequence, we’re on our own when determining the exact speed to fly in turbulence. Thankfully, there’s a real simple rule of thumb to help us find it.

First, let’s presume an airplane with a stalling speed of 60 KIAS. At that speed, stalling the airplane will generate a 1 G load. We know from basic aerodynamics that load factors vary with the square of airspeed. At 120 KIAS, twice the stalling speed, we’ll subject it to a load factor of 4 G, if we stall it. We come up with that value by squaring the difference between stall and current speed: In this instance, twice the stall speed squared, or 22, is 4. It’s a happy coincidence that 4 G is close to the Normal category limit load factor of 3.8 G and the Utility category’s 4.4 G.

So, if we slow the airplane to a speed which is no more than half the stall speed at our current weight, we’ll never subject a Utility-category airplane to more than its limit load factor and only rarely will do so when flying one certificated in the Normal category. The obvious problem in applying this rule of thumb is not knowing the airplane’s exact stall speed, based on its weight. As noted earlier, it’s rare for stall speeds at gross weights lighter than maximum to be published for a personal airplane. What to do? Easy….

For the vast majority of the airplanes we fly, the range between VS at MGTOW and what we’ll call basic operating weight (airplane, pilot and minimum fuel) is only a few knots. For our rule of thumb, we’ll call it five knots. So, we’ll declare that an airplane with a VS of 60 KIAS at MGTOW stalls at 55 KIAS when at its basic operating weight (BOW). Doubling that value gives us a speed of 110 KIAS for handling turbulence at light weight. At weights lower than MGTOW but higher than BOW, we can pick an airspeed between 120 and 110 KIAS. In any case, the speed at which we choose to fly in turbulence must be lower than VA.

It would be nice if manufacturers published a VB value for personal airplanes. They don’t, and the FAA has decreed VA should be used instead. Even so, no one has told us what to do when at less than MGTOW, which is all the time. We’re probably talking a couple of knots’ difference, max. But….