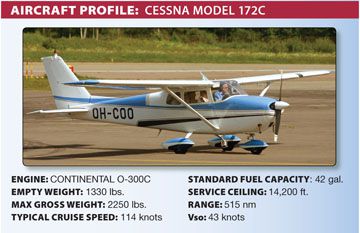 If asked, the FAA would probably say that the most-violated FARs involve serving as a pilot-in-command without the required recent experience for the operation, or the ubiquitous careless and reckless offense. After all, they might reason, the system is designed to prevent accidents or incidents, so if theres an accident or incident, someone must have been careless and reckless.

But I would disagree with that answer and, instead, maintain that the most-violated FARs have to do with medical certification and, specifically, reporting to the FAA any changes in a pilots health. Think about it: Do you really tell the FAA about every visit you make to a physican during the preceding two years? Even that short bout you had with the flu last February and the Viagra refill to get the summer started off right? I didnt think so.

The fact of the matter is that the vast majority of pilots dont report to the FAA all of the medical changes and challenges required by the regulations. Most of the time, thats not an issue, and helps unclog the FAAs medical certification process while not harming aviation safety in the slightest. Too, the FAA has well-earned its reputation for making its medical exemption and re-certification processes about as difficult to navigate as, say, the New York Tracon on a Friday evening. I would hasten to add, however, that the process has seemingly improved in recent years and, every so often, we hear miraculous tales of pilots receiving their new medical certificates much more quickly than anyone thought possible.

Still, pilots routinely hide from the FAA just about any change in their health for fear of losing their ticket. Given how the FAA has created a adversarial relationshoip between it and pilots, withholding such information should have been expected. But one result shouldnt be pilots who withhold relevant health-related information from themselves.

What I mean by this is that pilots sometimes are their own worst enemy when it comes to accurately assessing physical preparedness for their next flight. Weve all heard countless tales of solo pilots falling asleep in the cockpit and flying with other medical transgressions. While we dont hear about the flights that got cancelled because the pilot just didnt feel like it, we hear too much about how the aging process can make a bold pilot quiver in the face of the FAAs bureaucracy. The easy way out is similar to our top three ways of dealing with thunderstorms: avoid, avoid, avoid.

The trick is knowing when to hold ’em and when to fold ’em. Weve all not been feeling our best when departing on a flight. Maybe we felt better by the time we landed; maybe we felt worse. Most of the time, what our body was trying to tell us was inconsequential. Sometimes, that message is important-wed be willing to guess many unexplained accidents could involve a pilots medical condition. Heres an instance where a pilot knew he had a medical problem and, according to the NTSB at least, its what did him in.

Background
On July 11, 2004, at 1426 Eastern time, a Cessna 172C was substantially damaged when it collided with trees and terrain during a go-around at the Plateau Sky Ranch (1F2) in Edinburgh, N.Y. The Private pilot and sole occupant was fatally injured. Visual conditions prevailed.

According to a witness, the airplane had just taken off, and was completing a circuit in the landing pattern. When he next saw it, the airplane was about halfway down Runway 24, a turf surface, at about 10 feet above the ground. The airplane looked as if it was going to land; however, if [the pilot] had landed, he wouldve overrun the runway. The witness also noted that the pilot wouldve had to increase power for the airplane to climb over the trees. He didnt hear a power increase.

The airplane crashed into trees at the end of the runway, apparently without any attempt on the pilots part to flare and land, or add power to execute a go-around.

Investigation
The pilots most recent Third Class medical certificate was issued less than three months earlier. According to his logbook, he had accumulated 1526 hours of flight time. Also, the airplanes most recent annual inspection was completed within three months before the accident.

Weather at a nearby reporting station included calm winds, visibility of 10 statute miles, a few clouds at 4400 feet, temperature 77 degrees Fahrenheit, dew point 57 degrees and an altimeter setting of 30.11 inches of mercury.

Nothing in the wreckage gave investigators a reason to suspect a mechanical problem with the engine or the airplane; an abundant amount of fuel was present at the accident site.

After the accident, bystanders pulled the pilot from the airplane and found him to be without a pulse and not breathing. The bystanders initiated CPR just after extraction, which was continued by medical personnel.Resuscitation attempts lasted for nearly an hour, and included CPR, an automated external defibrillator, a breathing tube, delivery of the resuscitative medications epinephrine and atropine, plus other steps. No heart rhythm was ever noted during the attempts, and resuscitative efforts were terminated at 1522. An autopsy found complete occlusion of the left main coronary artery by atherosclerosis. In addition, there were bilateral catheters on the anterior upper chest, and an intravenous line in the left antecubital fossa.

Probable Cause
The National Transportation Safety Board determined the probable cause of this accident to be the pilots occluded left main coronary artery, which resulted in a massive heart attack and sudden death in flight.

Unless were flying crushing competitive aerobatics, 20-hour legs or in extreme environments, flying an aircraft usually is not a physical challenge.Still, committing aviation can generate elevated stress levels and-even at seemingly benign altitudes-have other adverse physical effects. While this accident involves an extreme instance of flying with a known deficiency, the lesson is the same, whether were suffering from a cold, vision problems, high blood pressure, diabetes or heart disease: We shouldnt be flying unless were physically capable.