Full disclosure: I suck at holds. I can find the fix and figure out the recommended entry method without too much trouble. And I usually turn the correct direction upon crossing the holding fix. Usually. After that, things start to become loosely held, and it might take me a couple of laps to nail the wind correction angles. Throw in a descent while in the hold and my cockpit gets busy. I guess that’s why the FAA a few years ago added holding patterns to the maneuvers required to accomplish an instrument proficiency check. It’s all my fault.

The reasons IFR holding causes angst among pilots are complicated, so maybe I’m not alone. On one level, we’re going nowhere in a hurry. On another, it’s a hassle, and converts expensive fuel into delay even as our diversion options may be dwindling. It also can be a rare clearance to receive, depending on your normal routes. And this last factor—how rarely holds are issued (at least in the world many pilots inhabit)—always seems to make holding more of a challenge than it should be. Let’s see if we can simplify some of it.

When it’s not charted, you’ll need a little more information, including the direction to hold from the holding fix; the fix itself; the holding course, which will be a specific radial, magnetic bearing, airway or route number; the leg length in minutes or nautical miles; whether left turns are specified; and the expect further clearance time. Unless also included in the holding clearance, maintain your current altitude or the one to which you’ve been cleared. As always, if you don’t understand the holding clearance—or have a related question—ask ATC. And be sure your expect further clearance time is understood and that you have the fuel to wait that long.

Once you’ve crossed the holding fix by whatever recommended entry method you choose (see the sidebar at the bottom of the opposite page), your next task is to turn, probably to the right, and fly the outbound leg. You’re officially “established” in the hold upon crossing abeam the holding fix outbound. Then fly straight and level.

Determining when to make the 180-degree turn inbound depends on the hold you’re trying to fly. A typical holding clearance might not specify leg length, and if it doesn’t you fly the standard one-minute pattern when holding at or below 14,000 feet MSL. Above 14,000, fly a 1.5-minute pattern. (Since the longer leg length effectively comes into play at and above 15,000 MSL, an easy way to remember this is by moving the decimal point in 1.5 to the right.) If the clearance specifies some other leg length, like distance, fly that instead.

If we’re using timing instead of distance, it’s important to remember that the inbound leg’s timing is the one we want to nail. If it looks like we’re going to spend some time in this hold instead of just making a lap around the track and then moseying off to shoot an approach, we’ll need to adjust the outbound leg accordingly. One of the things to remember when flying a hold with one-minute legs in a typical airplane—and making standard-rate turns—is that every maneuver you make will be roughly a minute in duration. Every lap in the hold has a four-minute duration, which can come in handy if you’re cleared to depart holding at a certain time and want to nail it.

Timing inbound is measured from the point that the aircraft is wings-level, inbound to the holding fix, to the time it crosses it. We adjust the outbound leg’s duration to make the inbound leg match the cleared leg length. All of which may require some mental math, and is one reason you may want to ask for a clearance specifying distance instead of time. Determining leg length is exponentially easier when using distance—presuming the airplane is appropriately equipped. When the hold is specified with legs of a certain distance, turn inbound from the outbound leg when reaching to cleared distance from the holding fix.

Holding is used by ATC to slow the flow of traffic when airport capacity outstrips demand. Over the years, the FAA has evolved an airspace management capability that allows expected delays to be imposed on the ground, rather than airborne, saving fuel. Although ground stops primarily affect airline operations, general aviation flights also can be impacted, depending on the congestion location and type. Holds sometimes can be avoided by slowing down well before reaching the holding fix—don’t forget to tell ATC—requesting delaying vectors or changing the destination.

A good rule of thumb is to note the wind correction angle necessary to maintain the inbound leg. On the outbound leg, multiply that observed wind correction angle by three and fly the resulting heading until it’s time to turn inbound. For example, if you have to take an eight-degree left cut at the crosswind blowing you into the holding pattern on the inbound leg, roll out onto the outbound leg by continuing the turn for an additional 24 degrees. When turning inbound, roll out eight degrees early. The heading change at the fix end of the pattern will be greater than 180 degrees and the turn at the outbound end will be less.

The speed at which we hold can be anything we’re comfortable with as long as it complies with either the holding speed limits in the sidebar on the previous page or your clearance. We can slow to our holding speed when within three minutes of the fix, but can always slow down earlier, minimizing the time we have to hold, as long as we tell ATC about it first.

One of the things pilots hate about holding is that slowing down often results in mushier, less-crisp handling, and it can be more difficult to hold altitude or maintain the desired bank angle in turbulence. That’s when a good autopilot with altitude hold and automation can really pay off.

Holding Pattern Details You May Have Forgotten

As simple as a holding pattern may seem at first glance, they can get complicated. Variations on the basic theme of flying in circles can include speed limits, published altitudes or airspeeds, leg lengths measured in distance instead of time and the three recommended entry procedures, plus the holding pattern’s principal purpose.

At right, this FAA Aeronautical Chart User’s Guide (CUG) excerpt depicts four holding pattern charting styles, determined by their principal purpose. If a hold has a non-standard speed restriction, it will be depicted by an icon with the maximum airspeed shown inside the holding pattern symbol (lower right). Timing or distance limits will be shown.

Most of us don’t fly airplanes fast enough to worry about speed limits while holding, except maybe in a descent. But trivia like this on a checkride—or an online quiz—can trip up anyone. In the real world, we’ll hold at the most-efficient power setting and accept whatever airspeed we get. 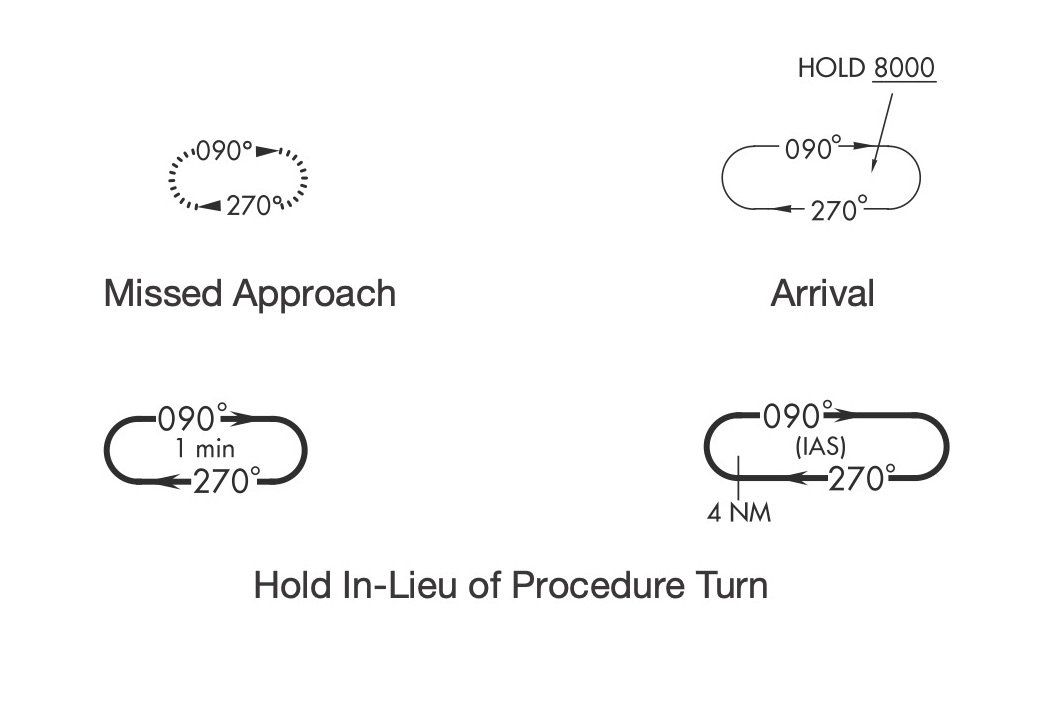 No discussion of holding patterns can omit entry procedures, and you’ve probably seen a diagram similar to the one at right used to distinguish between the three recommended entries, direct, parallel and teardrop. The quick and dirty way to determine which entry to use is to bisect the inbound course at a 70-degree angle, as the dashed red line does here. For any arrival at the fix from the holding side of the dashed line, a direct entry is appropriate. Choose a parallel entry in situations when crossing the holding fix puts you outside the pattern itself. Turn to parallel it, then make a left turn of at least 210 degrees to reverse course and take you back to the fix. By elimination, all other situations—i.e., crossing the fix and remaining within the pattern—is a teardrop entry. These entries are recommended; there’s no regulatory requirement to use them as long as the flight remains within protected airspace, which will be slightly larger than the holding pattern itself. 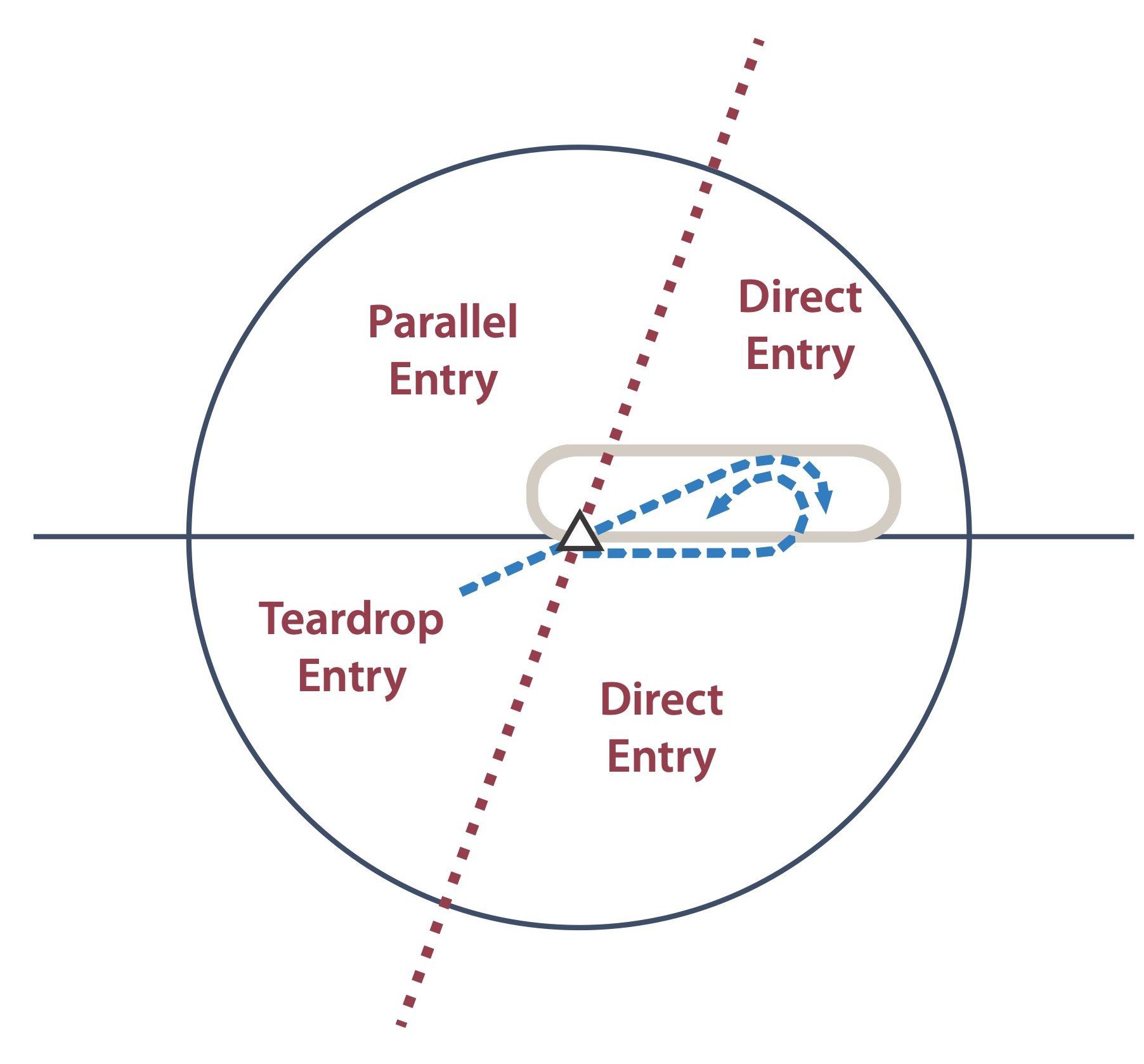 Each time we enter a hold, we have a few tasks to perform. Known as the “Five Ts,” the tasks can be broken down as follows:

Note the time when crossing the holding fix and entering the first turn, then start timing the outbound leg when wings are leveled or the plane is abeam the fix as depicted on your moving map.

Turn with the least bank angle of either 1) a standard-rate turn (three degrees per second), 2) a 30-degree bank or 3) a 25-degree bank when a flight director is used.

If using a VOR to define the fix, verify the OBS is set to the inbound course. With a glass panel or a high-end GPS navigator, ensure the holding course is properly entered as may be required and that the autopilot/flight director knows what to do.

Set power for holding and manage engine controls, like the mixture and cowl flaps. Trim and maintain desired holding speed. 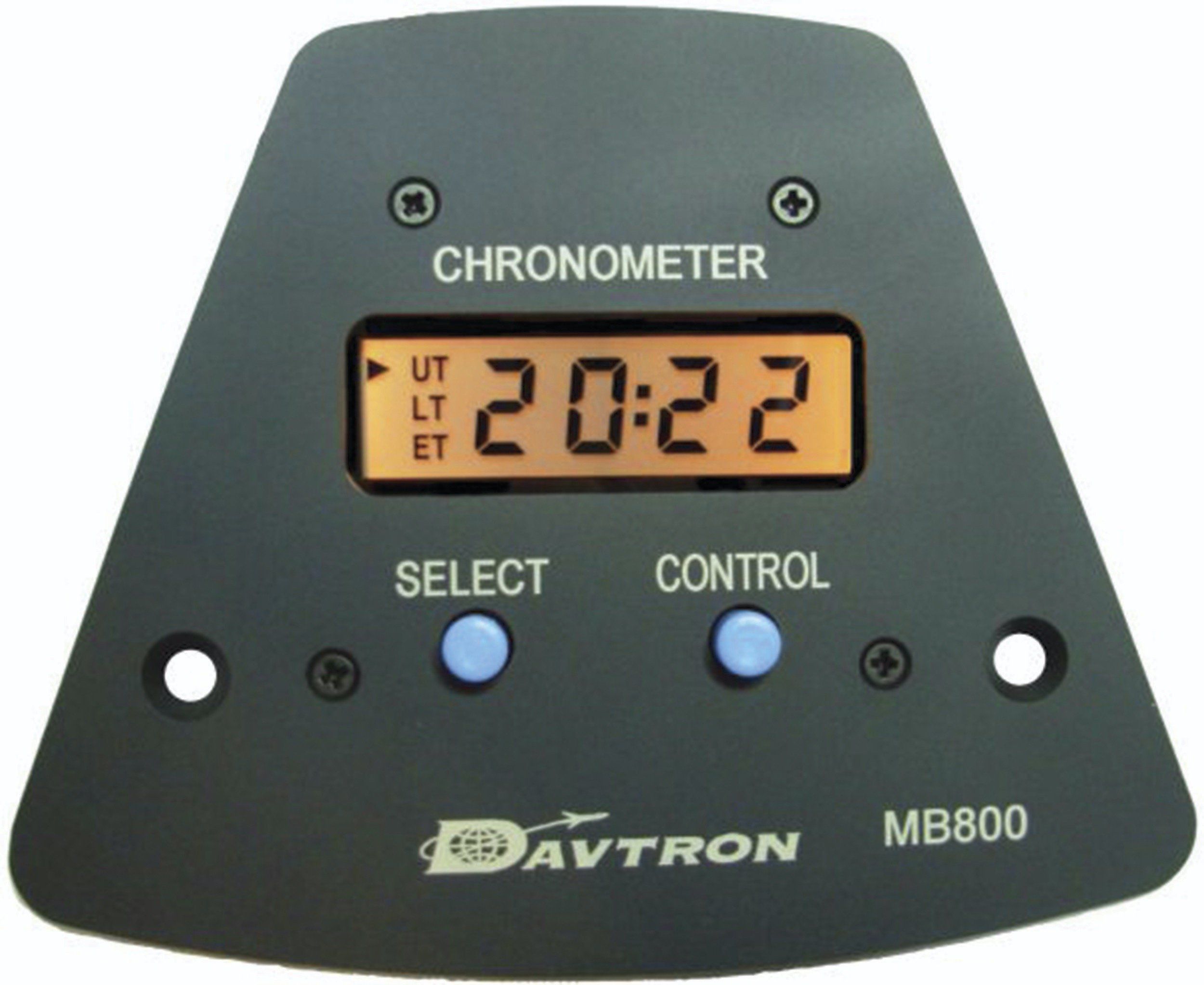 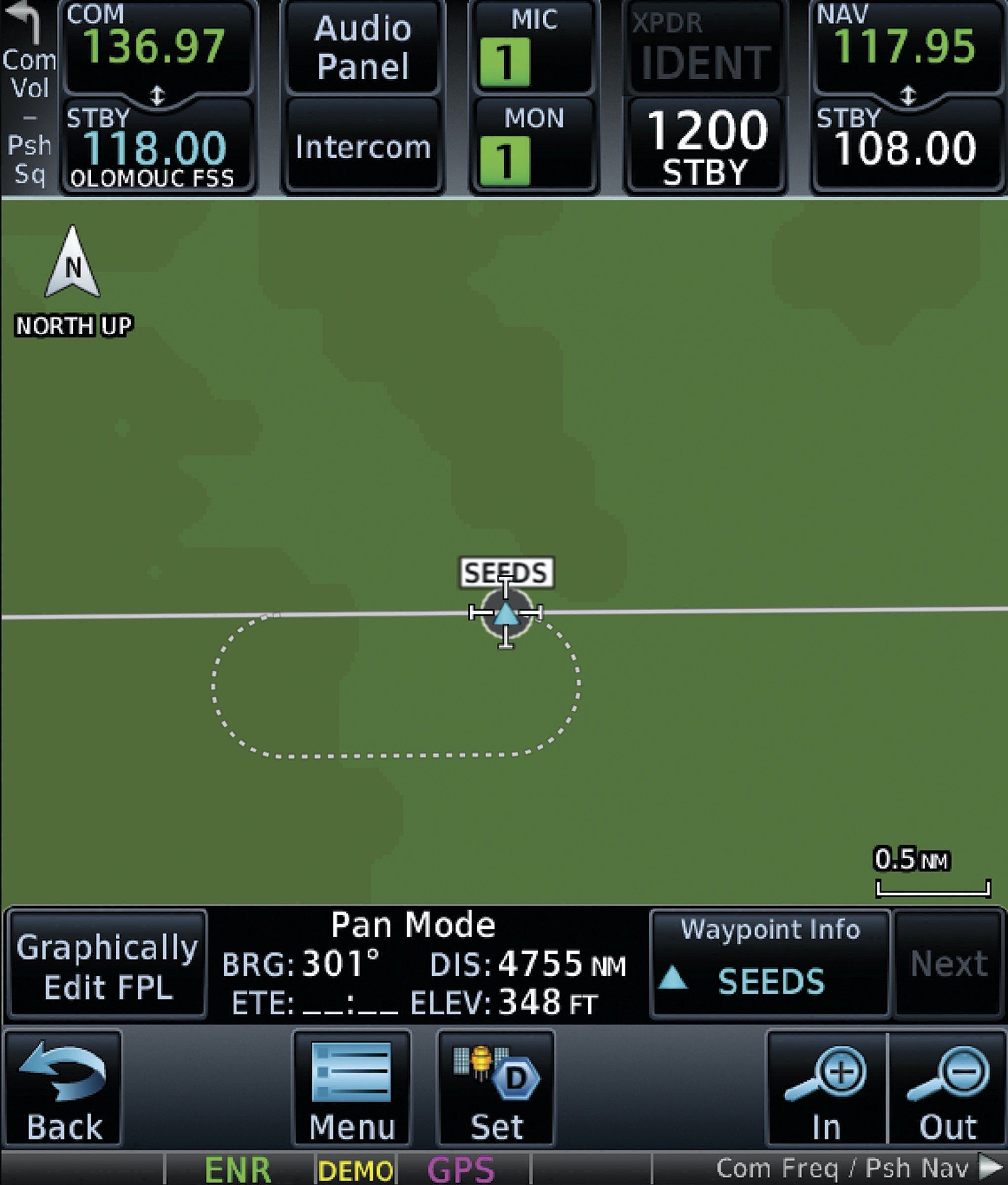 Jeb Burnside is this magazine’s editor-in-chief. He’s an airline transport pilot who owns a Beechcraft Debonair, which ATC has put in a hold a few times.