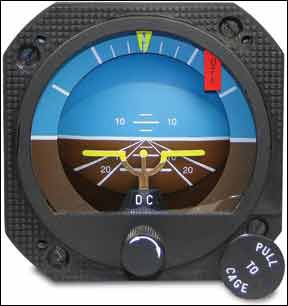 There you are, droning along in the clag, watching the autopilot watch things for you, monitoring the frequency and marveling at how the IFR system’s various parts mesh together. But you haven’t been paying attention to the ammeter, which is showing a steep discharge. Suddenly, your autopilot’s control panel goes dark, along with your older number two nav/comm, and the stable airplane you’ve been monitoring—not flying—for the last hour and half wants to pitch up and bank right. Congratulations: You’re about 15 minutes from completely draining the ship’s battery and total  electrical failure in IMC. You’re also about 20 minutes from the nearest suitable airport, one with services like a maintenance shop. Did we mention it’s well past sundown?

This is just one of the system-failure scenarios that can confront the average personal airplane and its pilot. Others can include a vacuum pump or gyro going on vacation, an inability for available fuel to get to the engine(s) or loss of your primary navigation system. How will you respond to the challenge? What, if anything, will you tell ATC? What will you do to get on the ground safely?

Electrical Failures
In our view, it’s a toss-up these days as to which aircraft system failure is worse in IMC: electrical or vacuum, if so equipped. That didn’t used to be the case—a vacuum failure generally had much more dire consequences (see the discussion below). But with so much stuff in the panel these days depending on free-flowing electrons, the possibility of an electrical failure should get our attention and a for-real episode is cause for genuine alarm.

Yes, modern, all-electric personal airplanes have some kind of redundant electric-power capability, whether in the form of a standby generator/alternator or a battery backing up the panel. Of the two options, we’ll take the standby alternator option every time, especially since some of them can be used as primary in a VFR pinch, preserving our dispatch capability. Regardless, stand-by systems have their own failure modes. Plus, there’s always some single point which, if a failure occurs, will render all the electrical goodies so much dead weight.

What to do? In our opening scenario, job one—as always—is to fly the airplane. In this instance, that means buckling down and hand-flying, since the autopilot is also inop. As you’re refreshing yourself with the idea of hand-flying in IMC, start shutting down stuff you don’t need, like the entertainment system and anything portable plugged into the cigar lighter, and grab a flashlight.

Feel free to pull circuit breakers to disable various circuits and systems, including the autopilot. Even if George apparently is off-line, its servos and other equipment can still be drawing juice from the battery. Since it’s night, the stuff you suddenly don’t need includes the nav lights, rotating beacon and/or strobes. Congratulations: You’ve just invoked your emergency authority as pilot in command under FAR 91.3(b).

Depending on how the panel is configured, we’d shut down everything except the primary nav and comm systems, plus the transponder and panel lighting. We’d be looking for a nearby divert airport, one with radar, an ILS and maintenance facilities. Paper charts come in handy here, as will a battery-powered electronic charting device like an iPad, especially if all your charting capability is in the panel. Once we have the airplane under control and a plan in mind, get ATC’s attention, tell them what’s going on and what your plan is. Then implement it.

Depending on how your aircraft is configured and what powers what, an electrical failure may take out other systems, like the landing gear, wing flaps and various engine gauges, including the fuel totalizer. Deal with it. Leave the engine controls alone until letting down, and then reduce power for the descent and approach as you normally would. You certainly should know how to get the gear down without power and—if you chose your divert airport wisely—won’t need the wing flaps.

The recurring theme here in dealing with an electrical failure under IFR is knowing the airplane and its systems. Now, while you’re sitting at home reading this, is a good time to become familiar with them and to put together a “what-if” plan.

Vacuum
Before we became so dependent on GPS, electric-powered air-data computers and glass panels, a vacuum- or pressure-system failure taking out the steam-gauge mechanical gyros was the most-feared systems failure under IFR. And rightly so: Many accidents involving an otherwise perfectly good airplane can be traced to a vacuum-pump failure in IMC.

Fear of such led many operators to invest in an electric-powered backup attitude indicator or a backup vacuum system, some of which were real Rube Goldberg affairs that tapped the engine’s intake system. Another tool in the compleat pilot’s bag of tricks included some method to cover the failed gyro(s). Post-It notes are popular, as are purpose-designed covers with suction-cups on the back. Sporty’s Pilot Shop sells them, and you usually can pick up a couple for free at various air shows.

One of the reasons pilots so feared a vacuum or gyro failure is they were insidious: Unless the airplane is equipped with some kind of low-vacuum warning system, the first indication of the failure is a spinning directional gyro or a leaning attitude indicator. Some pilots followed the failed instrument right into the ground.

How you react to a vacuum-system failure under IFR depends on its nature and how the airplane is equipped. A total vacuum failure is the most serious in our mind, and requires immediate remedial action to ensure you can keep the shiny side up. Of course, reverting to partial panel control is the first thing you want to do. If you have at least one backup instrument, like an electric attitude indicator, the situation should be manageable and we can definitely see a scenario where we’d continue on to our destination, perhaps after informing ATC and making sure no-gyro vectors were forthcoming.

If there’s no backup system or instrumentation, we’d be looking for a divert field, preferably one with at least good enough VFR that we won’t need to execute an approach. This is another area where ATC can be helpful—let them do the research for you. You might also request vectoring to eliminate a procedure turn and allow a straight-in to the runway.

The average personal airplane’s vacuum and gyro system is pretty simple, unless there’s a backup energy source or instrumentation. How those systems are activated and used is beyond this article’s scope, but reminding you to research how it all works before launching into IMC isn’t. Thankfully, times have changed—along with the equipment and panels we fly behind—so vacuum failures aren’t the threat they once were. Still, such a failure can be a bona fide emergency, depending on the airplane, its equipment and how proficient you are with partial-panel flying. Use your judgment and treat it appropriately.

Fuel/Mechanicals
Unless you’ve really screwed the pooch on figuring winds and fuel required, there’s no good reason to be running short of gas. But stuff happens: Auxiliary fuel you were counting on can fail to get to the engine(s), the system can get blocked with ice at altitude or a poorly secured fuel cap can allow that dinosaur juice to siphon out. What to do about a low-fuel situation? The answer is relatively easy and comes straight out of a POH: Land as soon as practical.

Running out of fuel is a bona fide emergency in our book and demands availing yourself of every tool available, including declaring an emergency with ATC or informing them you’re minimum fuel and will not accept delays, like a hold or excessive vectoring.

Meanwhile, mechanical failures unrelated to the flight instruments or avionics can and do happen. One classic example would be a landing-gear system failure, which you likely won’t know about until reaching your destination. Another might be a turbocharger or pressurization system deciding to sit out the rest of the flight. Of these latter two, a turbocharger failure—usually evidenced by reduced manifold pressure—is by far the most dangerous because of its potential for an engine compartment fire caused by escaping hot exhaust gases. That threat alone is enough to convince us to get the airplane on the ground immediately, even off-airport.

But how you respond to a mechanical failure depends on when in the flight you discover it, what impact it will have on reaching your destination and how it will affect your ability to land the airplane safely. That’s where judgment comes in.

In the aforementioned landing-gear-extension failure during an approach, we’d execute the miss, tell ATC what’s going on and request someplace out of the way to orbit and sort out the problem. We’d deploy the gear using the emergency extension system, accept the higher fuel burn and reduced airspeed, then execute a normal approach and landing.

Losing traffic or terrain warning isn’t an emergency, in our book. Losing Nexrad isn’t either, but certainly can affect how we conduct a flight during thunderstorm season. Ultimately, if you can talk to ATC and fly vectors, you’ll be okay. Knowing where the nearest ILS is and having a backup radio capable of using it eliminates a lot of the uncertainties.

One failure covered by the FARs is loss of communication. If your all-in-one glass panel goes down, you could lose comms or frequency-selection capability. Even if it doesn’t, a bad headset can have the same effect. Planning ahead means you have a handheld mic, spare headset or portable comm radio. And your avionics shop installed an antenna jack for the portable comm, right?

What To Do?
In our book, how you handle an emergency under IFR is something you should have gamed out long before launching. Your decisions should be based on detailed systems knowledge and planning for the inevitable. Knowing where there’s good VFR and an ILS doesn’t hurt anything, either. Above all, remember to fly the airplane.