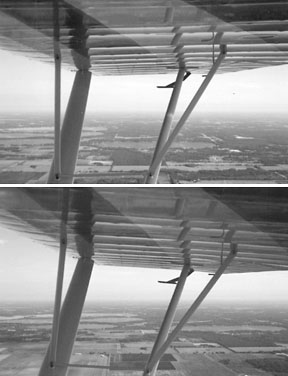 In singles and even light twins in some circumstances, an engine failure means the airplane is going down. The pilots job at that point is to pick the best spot to land and properly execute the forced landing.

Sounds simple, but its a procedure that pilots routinely botch, either because their skills are so rusty or because they dont know the right way to make a forced landing.

Glider pilots are sometimes smug about their ability to land without power, but in fact, an airplane with a windmilling prop is markedly different from a glider. For one thing, the lift/drag ratio is about three times higher in gliders than in powered airplanes. An airplane cant gain altitude in a thermal, for example, except in extraordinary circumstances.

So your engine-out experience may have some similarities with a glider flight, but dont count on what works for a glider working in your Cessna or Bonanza.

Without engine power, there are basically three speeds to consider. First theres best glide speed, which will give you the most forward travel for every foot of altitude you lose. Second, theres minimum descent speed, which maximizes your time in the air, at the expense of some forward travel.

Finally, theres everything else. Until youre sure you have your emergency landing site made, missing best glide or minimum descent speed will only make your life worse.

Best Glide
If you want to get as far as you can with the altitude you have, best glide speed is the only choice. At best glide, also called maximum distance glide, your lift/drag ratio is as favorable as it can be. The speed varies by both altitude and weight, but the distance you can glide is a function of angle of attack. That means you can glide just as far with the airplane at max gross weight as you can at lighter weights, but youll need to use a different airspeed to do it.

A typical glide angle will be about half again as steep as the visual approaches most pilots fly. A VASI calls for about a 4-degree descent and an ILS 3 degrees, while best glide may be 5.5 to 6 degrees. For that reason, you should always fly a higher visual approach while gliding to a forced landing than you would making a standard traffic pattern. You can always lose altitude with flaps, slips and S-turns once you have the field made, but you cant get altitude back if you fly too wide a pattern.

Remember these speeds are at max gross weight. Flying a lighter airplane will decrease the airspeed that gives best glide speed. A good way to approximate the change is to determine what percentage of gross weight youre at, divide that by two, then subtract that in knots from the max gross figure.

For example, if the best glide speed is given by the POH as 73 knots indicated at a max gross weight of 2650 pounds, and you determine the airplane is 400 pounds under gross, figure the change this way. Take the percentage of gross weight youre flying at, or 2250 divided by 2650, which is 85 percent. Subtract 85 from 100 and divide by two to get 7.5 knots. Your best glide speed at 2250 pounds is about 66 knots. The POH for this model Cessna includes a figure for 2250 pounds as 67 knots. Close enough.

Make sure you also consider whether the best glide airspeed given in the POH is indicated airspeed or calibrated airspeed. As you get to lower airspeeds, the difference between indicated and calibrated grows, exceeding 5 knots or mph in some installations.

Minimum Descent
In some circumstances, it may be important to minimize your descent rate rather than your forward distance.

If youre in IMC over hostile terrain, for example, you may not know what youll find when you break out, or even if youll break out of the clouds before impact. If you clearly know you dont have a chance of making it out of the unsuitable terrain, your best shot is to minimize your descent rate, at least until you can break out and see if there are any better alternatives within gliding distance.

Another appropriate circumstance might be if you know youve got to put it on a road. We dont recommend using roads for emergency landing sites, but it would probably be better than mixing it up with a downtown skyline.

In that case, descending as slowly as possible will give you more time to look for power lines and other obstructions, and also give automobile drivers more time to see and avoid the foreign body descending from above. The fact that it also provides more time for the news helicopters to catch up to you is a drawback youll have to weigh for yourself.

You may also find minimum descent rate to be useful when making a forced landing over snow, at night over water or in other conditions where it would be difficult to judge your height above the ground and therefore challenging to flare just before touchdown.

Unfortunately, minimum descent airspeed is not provided in most POHs. It varies by altitude and weight and is one of the hardest speeds to develop a rule of thumb for. It will generally be somewhere near best glide speed, but a little lower, 5 to 10 knots in most light airplanes.

In many airplanes, the minimum descent airspeed turns out to be very close to what you get when you trim the airplane full nose up with the engine at idle, but you will need to confirm this is so.

These approximations are, however, very general and depend greatly on the specific model airplane. A better way to determine the proper airspeed is to conduct some flight testing.

Bring with you a safety pilot or instructor – someone needs to be watching out the window. Start at a safe altitude and slow the airplane to 2.5 knots less than the best glide speed. Trim so it stays there with the power off. Time the descent through 2,000 feet. Divide altitude lost by the time it took to lose it. Then repeat the process, reducing glide speed 2.5 knots. By the time you have done this for four or five speeds, youll likely hit on the correct airspeed to use.

Remember to periodically clear the engine, even though it may slightly skew your results. The final number wont change enough to notice and its better than encountering a real engine-out situation.

In addition, be aware that you will be flying at speeds close to stall speed. Make sure you have enough altitude to recover safely should you inadvertently stall.

Another factor to keep in mind is that the airplane will be very sensitive to a slight yaw. If the ball is not kept centered, glide performance will deteriorate noticeably.

When Its for Real
Picking the correct glide speed and being able to hold it wont matter much if you dont watch your engine-out discipline. When faced with the real thing, some pilots freak out and start worrying about fuel pumps and transponder codes before setting their sights on whats really important.

There are two simple memory mnemonics that will help prioritize the cockpit tasks when the mill shuts down – the three Gs and ABC. Take your pick.

The three Gs are Glide, Grass and Gas. This is the priority you must place on the tasks to maximize your options.

Immediately set best glide speed or minimum sink speed, which ever is appropriate, and trim for that speed. Pick out a forced landing site and head for it. Then, while youre heading for your landing site, switch fuel tanks and run through your checklist or cockpit flow, checking fuel pump, mixture, mags, carb heat and any other possible ways you might restore power.

At that point, when you have exhausted your attempts to solve the problem, you can get on to other tasks. Brief passengers, get out flotation devices if applicable, make radio calls and squawk 7700.

Airplane means set it for flying most efficiently, whether that means just setting glide speed or cleaning up flaps etc. Best landing site means picking out a field. Cockpit means going about your emergency checklist or flow, troubleshooting those items that may have caused the power outage and otherwise coping with the emergency.

When troubleshooting the problem, some pilots swear by flow checks, others insist that following the printed emergency checklist is the only correct method.

Its impossible to state that one method is the best because of the different levels of aircraft complexity and pilot experience. Someone who has flown the same simple airplane for years could make an excellent case for a flow check. Someone who routinely flies a variety of airplanes of different capabilities should probably stick to a printed sheet.

Whichever route you choose, remember that the end goal is the same: to get yourself and your passengers on the ground safely. A banged-up airplane is the insurance companys problem. The same cannot be said of a banged-up spouse, child or friend.

Having the proficiency and discipline to operate the airplane precisely under the seldom-practiced conditions surrounding a loss of engine power is something all pilots must consider. For Part 91 fliers, this is on the honor system except for once every two years.

How you act when no one is looking is a good measure of how great a pilot you are. 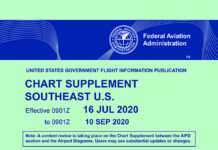 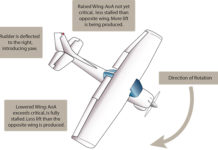 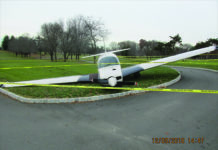