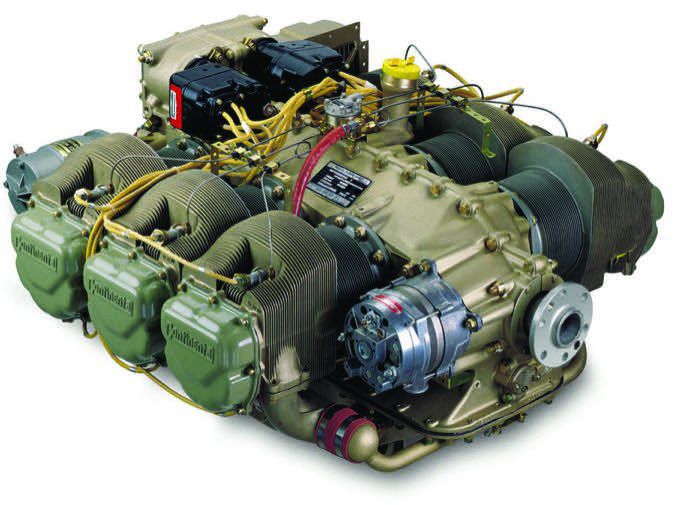 During a 500-hour magneto inspection, the impulse coupling was discovered to have cracks in its flyweight base plate. The cracks were detected using magnetic particle inspection and appear to have originated from the sharp-cornered feature of the base plate that forms the full advance stop. Slick p/n M3050.

On descent to destination, the left engine started backfiring when power was reduced. Examination found #1 and #3 cylinder heads cracked. Aircraft returned to service after cylinders were replaced.

The engine sustained a catastrophic failure. Examination revealed crankcase fretting on #2 and #3 intermediate bearing saddle thru-bolt pads. After the main bearings became loose, the bearing tangs wore and the main bearing in the #2 position started to come apart, allowing the other half of the bearing to move and ride up into the crankshaft radius, creating a stress riser. The crankshaft broke at the #2 main journal.

The left (Bendix) magneto failed in flight. Examination revealed the magneto’s distributor gear was broken. Further inspection revealed the right magneto had a 200-rpm drop, which is out of specification. A thorough inspection of the engine revealed the #4 cylinder showed signs of detonation. The engine will be replaced.