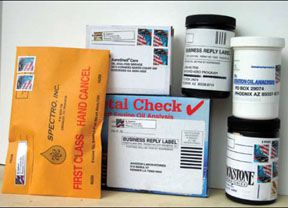 Oil analysis, for many, has become a matter of faith: Either you “believe in it” or you dont. Surprisingly, some mechanics and overhaulers dont. That said, the number of “nonbelievers” continues to decrease as a greater understanding of the limitations and real capabilities of oil analysis become better known.

The reason some overhaulers are reluctant to endorse analysis is that theyve seen too many examples of engines with serious problems (cam destruction, broken rings, etc.) come into the shop with “clean” oil analysis reports.

As one overhauler explains: “The owner flies his plane in to the shop, and a few days later he absolutely doesnt believe you when you call up and tell him his cam lobes are worn flat and theres metal in the engine. That cant be! hell say. I have clean oil analysis reports going back 500 hours! His engine is trash, but he doesnt want to believe it.”

Obviously, oil analysis is not without its limits. In this case, cam and tappet wear is not well served by oil analysis, but rather much more effectively traced by filter cutting and inspection of the filter media. (A screen wont show it until the particles get larger since the factory screen mesh is larger than disposable filter media.)

Your engine could break a piece of a piston skirt off, and as long as it is not crushed to dust, it will unlikely be spotted in any oil analysis. Similarly, you could have gasket material break off or excess engine sealer circulating in the oil. You would want to know about these things before they lodged in an oil line as you would for any fatigue-related failures. Filter checking catches these.

Then, is oil analysis worth it? Absolutely, and you as the sample taker, play an important role in assuring the sample is as valid as it can be. For more, see the sidebar on the opposite page.

Oil analysis has been around for over 40 years. It has been continuously improving through the use of modernized sampling methods and electronics. Look for a lab that uses inductive coupled plasma (ICP). It works by converting argon gas into extreme temperature plasma-somewhat like the lab tools used by the

With modern electronics holding the argon pressures, flow rates and the power causing the plasmas generation steady, the intensity of the plasma stays the same. This makes ICP spectrometry the industry standard. But it does have limitations.

This creates an interesting situation, inasmuch as particles smaller than 20 or 30 microns are not trappable by conventional oil filters. In essence, wear particles between 10 and 20 microns are neither caught by the oil filter nor detected in oil analysis.

Particles in this middle range account for up to half of all engine wear-more in some cases. Results vary across labs, too, but as long as you stay with the same lab and use one that employs the latest ICP (inductive coupled plasma) methodology, which most now use, you will be fine. The ICP process simply has greater sensitivity and consistency.

What kinds of ratios should you be looking for? Iron is usually four to eight times higher in concentration than aluminum. Nickel and chrome tend to be in the single digits (for parts per million). Silicon can be anything from single digits to as much as 70 or 80 ppm if youve flown through a sandstorm or ingested large amounts of dirt.

Anything under 20 ppm would generally be considered normal, although lower is better. (Note that the other wear metals will tend to track silicon.)

Blackstone Labs, our current favorite, provides a reference database specific to your engine type in the report findings sent to you so that you instantly have a ballpark idea of what normal values are.

As a rule, oil analysis reports tend (like EGT data points) not to mean much, taken singly. Its the trend that matters.

Thats not to say a single oil analysis report cant be valuable. If one report is all you have, and it shows off scale-high readings for, say, iron or aluminum, then you can be reasonably sure that the engine is making metal. Thus, its not at all a bad idea to perform oil analysis on a strange airplane as part of a prepurchase inspection, even the one shot.

Thats why its important for you, the sample taker, to report how much makeup oil has been added when sending your sample in for analysis.

Obviously, if your engine uses (burns) no oil between oil changes, you can expect 25 ppm of Fe (iron) after 25 hours and 50 ppm of Fe after 50 hours. Suppose, however, your engine starts to burn a quart an hour after the first 10 hours. And suppose you keep your sump at 10 quarts. In each quart of sump oil, theres one milligram of suspended iron.

Therefore, every time you burn a quart of oil, youre losing a milligram of iron out the exhaust pipe. But your engine is also creating a milligram an hour of iron (in wear). So, your oil analysis (in this bizarre example) will have leveled off at 10 ppm of iron. Itll be 10 ppm at 10 hours and 10 ppm at 50 hours.

Most engines, of course, use some oil between changes; so most engines-if you plot wear metal concentration against “time on the oil”-will show a convex curve that rises quickly in the first few hours of operation after an oil change, then trends to a fixed value.

What it all means is you should be consistent in your sampling intervals-especially if your engine doesnt use much oil. Sampling in the first 10 or 12 hours can lead to large statistical errors, because wear particle accumulation is rapid in the first hours after an oil change. It tapers off with time. Wait until 25 or 30 hours have passed for accuracy.

Its the big picture that counts; not the sample-to-sample noise blips. When a wear metal does go up, dont panic; just watch the trend. Do cut open the oil filter, however. Dont let the fact that you are getting fancy-looking reports from an oil-analysis lab dissuade you (or your A&P) from examining oil filter contents, every single oil change. And now there is a facility that can do a detailed analysis of any filter findings for a low fee in the event you find something that you or your mechanic dont understand. Refer to the list of labs on page 8.

Some failures will go undetected by oil analysis. Your best hope of detecting incipient camshaft failure, for example, is to examine filter contents with a magnet. Cam and tappet wear in the form of spalling is the most common, and the wear particles are too large for analysis. On the other hand, filter cutting can show this up quite well.

Rinse the filter element with mineral spirits, retaining the solvent wash; stretch-wrap a piece of Saran wrap around a magnet, securing it with tape if need be; drop the magnet in the solvent wash, and swirl.

When you pull the magnet out, carefully take the plastic wrap off and see what youve got. Any particles trapped this way, if significant in size or amount, can be assumed to originate with tappets or cam lobes, particularly if youve got a Lycoming engine.

Rust (from inactivity) will definitely raise your Fe level in oil analysis. And yes, rust is abrasive. So do keep an eye on high iron readings. And switch to CermiNil cylinders at your next overhaul, if you anticipate continued low utilization.

Lead (Pb) will definitely trend upward if ring sticking, ring wear or blow-by for other reasons is occurring. Lead will also shoot upwards if you switch from autogas to 100LL; or if you suddenly start using TCP in your fuel.

Silicon (as mentioned) reflects dirt, nine times out of 10. CermiNil cylinders do not have higher Si readings than other engines, unless there is something abnormal going on in your engine.

The same is true of chrome. Although a chrome-cylinder engine will generally show less ferrous wear (in analysis) than an engine with plain-steel barrels, chrome itself will not be high-unless theres a problem.

In a non-chrome-cylinder engine, Cr (chromium) comes primarily from piston rings and (in some cases) valve stems. There are exceptions, of course.

The largest aluminum moving parts in a piston engine are the pistons themselves, so piston scuffing should be considered when AL goes up. (This is typically from cold-weather starts without preheating.)

There is also the smearing phenomenon (more prevalent in Lycomings than in Continentals, although it can happen in either). The piston pin plug is the little end-cap that goes on either end of the piston pin-also known as the wrist pin-that secures your piston to the small end of the connecting rod. The caps are meant to fit tight on the wrist pin and tight in the piston boss. If the caps (or plugs) do not fit tightly in the piston boss, they will start to wobble around.

Eventually, high wear will take place, causing more wobble, more wear, etc., until the piston boss holes wear oblong and the plugs (whats left of them) fall out. Total engine failure can result, although typically, the owner spots it first in oil analysis, as high aluminum and (as the cylinder barrel gets scuffed) high iron.

In any case, if aluminum is high in the first 300 hours after a top or major overhaul, suspect not only piston scuffing but wrist-pin-plug destruction (particularly in a Lycoming engine). If valve guides are aluminum-bronze, suspect worn guides, but only if copper is also high.

Nickel is a component of alloy steel (stainless, in particular) and some bearings. It is also a major component of Nimonic and Inconel exhaust valves. Lycoming engines up to the mid-1970s, as well as small engines from the 1940s and 1950s, have steel valves and are not likely to produce high amounts of nickel.

More modern engines will produce a lot of nickel once rapid valve stem wear occurs. High nickel in oil analysis is rare. When it occurs, you should look for valve stem wear.

Copper is a bushing and bearing metal. Usually it indicates bushing wear rather than bearing wear, simply because main bearings dont give much trouble and by the time youve worn down into the copper layer, youve turned up other problems in analysis.

This is where it pays to know what kind of valve guides you have. Most late-model engines (bigger engines, in particular) use ni-resist (cast iron) or other iron-based guides. In Continentals larger than the O-300, a high copper reading can also point to starter-adapter distress.

Oil analysis can tell you a lot about your engine-if you know how to read the results and understand its limitations. For further information, see Lycoming Service Letter SL L117.

Kim Santerre is editor of