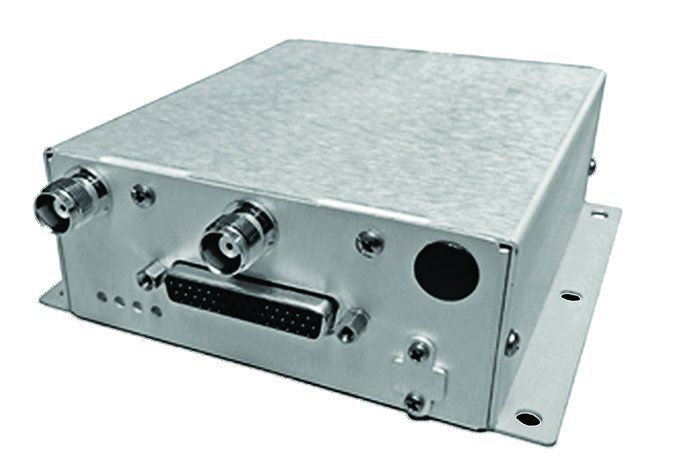 Over the last few years, there’s been a lot of ink in this and other aviation publications devoted to the looming ADS-B equipment mandate. If you’re just tuning in, aircraft operators will need the technology installed by January 1, 2020, if they want regular access to the same basic airspace where a Mode C transponder now is required. But equipment installations haven’t been keeping up with what industry and the FAA project as necessary to achieve the desired compliance rates.

With that in mind, the FAA and its Department of Transportation parent agency on June 6, 2016, unveiled a rebate program—unprecedented in our memory—the feds hope will accelerate what is widely considered a laggardly installation pace. Scheduled to launch by September 30—a specific date will be announced soon—the program offers single-engine piston-powered airplane owners—twin and turbine-single owners need not apply—a $500 rebate on the cost of installing a new ADS-B Out-compliant package. Of course, there are details. How did we get here, and what do owners need to do to get their rebate?

How We Got Here

According to the FAA and the Aircraft Electronics Association (AEA), fewer than 20,000 out of nearly 180,000 general aviation aircraft carry compliant ADS-B Out equipment. “The equipage numbers aren’t currently where we’d like to see them,” said Anthony Foxx, Secretary of Transportation, despite what many consider to be rock-bottom prices for approved avionics equipment. “We’re hoping that these low prices combined with the FAA’s $500 rebate will encourage aircraft operators to get off the sidelines and take advantage of all the benefits ADS-B has to offer,” he said.

According to the FAA, the rebate program will continue for one year or until 20,000 airplane owners have taken advantage of it, whichever comes first. At a maximum of 20,000 participants, multiplied by $500, the FAA ultimately may inject $10 million into the overall general aviation industry and the avionics segment specifically. That’s not chump change, and comes at a time, as always, when GA can use a boost.

The FAA’s rebate program, coordinated with most general-aviation industry groups, also spurred parallel action by several avionics makers with their own efforts to fill the time gap the program’s announcement and its activation. See the sidebar on the opposite page for some details. It’s time, say FAA and industry officials, to consider the ADS-B market at or nearing maturity, which means most of the R&D and price adjusting is done. Don’t expect, these voices say, to see a lot more price cutting or a vast array of new, low-cost solutions.

In the wake of the FAA’s rebate announcement, avionics makers wasted little time rolling out discount offers of their own to entice you to upgrade to ASAP. Avidyne, for example, launched its “Don’t Wait” ADS-B Rebate offer in mid-June. Avidyne’s $500 rebate offer is available for ADS-B equipment ordered for U.S.-registered single-engine piston aircraft placed between June 17 and September 30, 2016. Visit www.avidyne.com for details.
FreeFlight Systems offers what it calls a Bridge Rebate Program worth $500 on its ADS-B and WAAS/GPS solutions for all aircraft types. FreeFlight customers must take delivery of their system by September 30, 2016, or when the FAA’s ADS-B Rebate program becomes effective, whichever comes first. For more about FreeFlight’s offer, visit the company’s web site, freeflightsystems.com.

Installations completed before the program launches (like the one our esteemed editor-in-chief paid for earlier this year) are not eligible for the program. The same is true for new aircraft delivered since January 1, 2016. And, again, the rebate program only applies to piston-powered single-engine, fixed-wing aircraft.

Why? Well, these types dominate the GA fleet and also are least likely to be ADS-B equipped at the present time. Aircraft owners are eligible for one rebate; if you own more than one airplane, you get to pick which one to upgrade to qualify for the rebate. Equipment eligible to qualify for the rebate must be FAA TSO-approved and meet the requirements of the rule (FARs 91.225 and 91.227). No rebates are available for mere software updates to existing equipment, or for aircraft for which the FAA already has paid or committed to upgrade.

Although the program’s official start date hasn’t been announced, the FAA says the rebates will be available beginning in late September. The FAA says it will announce the effective date soon. In the meantime, the agency is encouraging owners to schedule installation but cautions they will only qualify for the rebate if the installation occurs after the FAA begins offering the rebates in late September 2016.

Why the delay? According to the FAA, the legal requirements for notification and public review must be satisfied before the agency can begin collecting rebate reservation information. The agency is currently estimating completion of the process in late September. Meanwhile, owners are free to shop for an installer, to order the hardware and even schedule an installation slot. Just don’t schedule it for a date before the rebate program kicks off.

Applying for the rebate must be done via a web site the agency will establish for that purpose. Once an install has been scheduled—and the web site is up and running—upgrading owners must reserve their rebate online. Next is to have the installation performed and signed off.

Within 60 days after installation, the aircraft must fly a “confirmation flight” within “rule airspace” as defined in FAR 91.225 for a minimum of 30 minutes. Of those 30 minutes, the pilot must spend at least 10 of them maneuvering the aircraft to give the hardware a chance to respond to an ADS-B ground station. An FAA Advisory Circular (AC 20-165B, Airworthiness Approval of Automatic Dependent Surveillance – Broadcast OUT Systems) details the flight-maneuver recommendations for the confirmation flight.

The ATC system and its ADS-B ground stations will observe and track the airplane by its aircraft-specific code. Once back on the ground from flying the confirmation flight, the owner must then validate performance of the eligible aircraft’s ADS-B installation by requesting a compliance report, something also accomplished online.

Validated installations will receive an “incentive code” for the owner to use with the rebate reservation in completing the online application process. This last step—taking the rebate reservation information and incentive code to the FAA’s ADS-B rebate web site to claim the rebate—also must occur within 60 days of the installation date. Once the application is complete and processed, the FAA forwards the information to the AEA, which will issue the rebate on behalf of the FAA.

Don’t Spend it All in One Place

Since the FAA’s rebate program is less than 30 days old as this issue’s deadline approaches, it’s impossible to know how the market will respond. Presuming you fly a piston single which has not yet seen an ADS-B Out installation, what should you do? Well, on one level, it’s only $500. We’ve seen fuel bills higher than that. On another level, if your airplane is worth $20,000, and your shop wants, say, $4000 for a turn-key installation, it’s hard to justify sinking 20 percent of its value into ADS-B. Lopping $500 off the total may recalibrate your thinking.

There’s anecdotal evidence avionics shops are seeing installations rescheduled to after August to leverage the rebate, and the sidebar above highlights what Avidyne and FreeFlight Systems are thinking. But is $500 spread across 20,000 airplanes enough to fundamentally change the market? We’ll find out soon enough.

Some Things To Remember

Aircraft owners in the United States face a choice of ADS-B Out solutions. One uses the 1090 MHz Mode S transponder spectrum to deliver data to ground stations. The other uses 978 MHz and is known as a universal access transceiver (UAT). Each has its limitations and benefits.

A device using 978 UAT generally costs less than the 1090 MHz flavor. But 978 UAT for ADS-B Out is allowed only up to 17,999 feet msl. If you plan to use the flight levels, you’ll need Mode S and a 1090ES (extended squitter) system. Also, if you ever plan to fly outside U.S. airspace, a 978 UAT device will not be recognized. Finally, depending on the 978 UAT-based product selected, you may need to retain your existing Mode C transponder. Your avionics shop will know for sure.

If the weather and traffic information available via ADS-B In is something you want as part of your installed (not portable) equipment, you almost have to go with the 978 UAT option. That’s because ADS-B In’s weather and traffic data isn’t transmitted via 1090 MHz, only 978. There are ways to have your cake and eat it, however, including an all-in-one solution like Garmin’s GTX 345 or L-3’s NGT-9000, which are based on 1090ES for ADS-B Out but also receive weather and traffic over 978 UAT.

Whether a $500 incentive will change the trajectory of ADS-B installations remains to be seen. One thing that won’t change, however, is the January 1, 2020, installation deadline, at least according to the FAA’s rebate announcement.