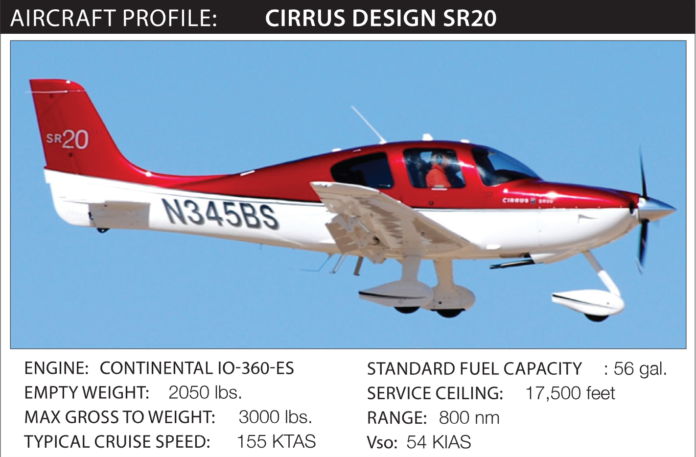 Any pilot who’s flown “in the system” much knows air traffic controllers can be intimidating. The very use of the term “controller” implies a level of authority over pilots, which often translates into the mindset that pilots always must comply with a controller’s instructions, or else. That’s true to an extent, but the pilot is always the final authority as to the operation of the aircraft. It says so, right there in FAR 91.3

A lot of the intimidation stems from being told to do something we don’t want to do: change altitude, fly a heading, accept a new routing. Doing so often is inconvenient or requires effort we don’t want to make. (It can be an unnecessary burden to reach up and twist the heading bug 30 degrees.) And the party-line environment of ATC communications means that not only is there a tape running, but other pilots on the frequency will hear you if you get yelled at. That can be embarrassing.

Yet there’s nothing wrong with refusing a clearance or asking for something different. Pilots do it all the time, and often their request for a modified clearance is granted. While controllers know a lot about separating traffic, many of them don’t know anything about flying an airplane, about cockpit workload or about how good you are.

While controllers are our partners in making our number of landings equal our takeoffs, they can unknowingly imperil the safe conclusion of a flight by forcing us to concentrate on things other than keeping the shiny side up. Here’s a recent worst-case example of a pilot trying to please controllers during a 12-minute series of instructions, missed approaches and maneuvering.

On June 9, 2016, at 1309 Central time, a Cirrus SR20 impacted terrain after its pilot lost control during a go-around at the William P. Hobby Airport (HOU) in Houston, Texas. The private pilot and the two passengers were fatally injured; the airplane sustained substantial damage. Visual conditions prevailed. The airplane departed Norman, Okla., about 1000. Houston’s Hobby is the primary airport in the center of Class B airspace.

The pilot contacted HOU’s ATCT at 1252:47 and was cleared to land on Runway 4 and to follow a Boeing 737 on a three-mile final to Runway 4. The Cirrus also was asked to maintain its maximum forward airspeed due to a Boeing 737 nine miles behind 80 knots faster. At 1256:58, the controller decided the trailing 737 was too close and directed the Cirrus to go around and fly runway heading.

Beginning at 1257:37, the Cirrus pilot began receiving numerous instructions. She was instructed to make a right base to Runway 35, informed of another Boeing 737 on a five-mile final for Runway 4 and told she would be landing before the Boeing 737. The controller then told the pilot he would call her base turn. A traffic advisory was issued for an additional Boeing 737 inbound to Runway 4, and the pilot was instructed to pass behind it to land on Runway 35.

The pilot then was told to turn 30 degrees left to resolve a perceived conflict with the inbound Boeing 737, then to follow it to Runway 4. Shortly thereafter, she was told, “…just maneuver back for the straight-in, I don’t know which way you’re going now, so just turn back around to Runway 35.” When asked which direction she was turning, she responded, “I thought I was turning a right base for 35…” The controller asked her to keep the right turn “tight,” and the pilot acknowledged.

After being cleared for the straight-in to Runway 35, the pilot replied, “…I don’t believe I’m lined up for that.” The controller then told the pilot to turn right to a heading of 040 degrees and climb to 1600 feet.

At 1301:16, the airplane was southeast of Runway 35, heading 040 degrees, and told to make a right turn to land on Runway 35. During that approach, the controller told the pilot she “might be too high” and the pilot replied that she would perform a go-around. The controller acknowledged and told her to fly right traffic to Runway 35. A few minutes later, she was cleared to land on Runway 35 and that no other traffic was expected inbound.

At 1307:49, a different controller took over the local control position. By 1308:21, the airplane was over Runway 35 and the pilot called that she was going around. The new controller responded with a 16-second transmission, during which the Cirrus was cleared to turn left and enter a midfield downwind for Runway 4, and to “keep it in tight if you could.” Another transmission by the controller lasted 23 seconds, and ended with “uh, uh, ma’am, ma’am, uh, straighten up, straighten up!” The airplane impacted a hardware store parking lot about -mile north of Runway 35.

The NTSB determined the probable cause(s) of this accident to be: “The pilot’s improper go-around procedure that did not ensure that the airplane was at a safe airspeed before raising the flaps, which resulted in exceedance of the critical angle of attack and resulted in an accelerated aerodynamic stall and spin into terrain. Contributing to the accident were the initial local controller’s decision to keep the pilot in the traffic pattern, the second local controller’s issuance of an unnecessarily complex clearance during a critical phase of flight. Also contributing was the pilot’s lack of assertiveness.”

“During this extended period of maneuvering the pilot did not assert the responsibilities that accompany being a pilot-in-command and did not offload the workload by either requesting to be re-sequenced, telling the controller to standby, or stating ‘unable.’ This allowed for an increased likelihood of operational distractions associated with air traffic communications and affected the pilot’s ability to focus on aircraft control,” the NTSB said.

The image at right, from the NTSB’s final report on this accident, depicts the accident airplane’s radar track as it approached Houston’s Hobby Airport. We count 11 separate turns, including what amounts to two 360-degree turns, and five course reversals. The pilot was directed by ATC to go around twice and elected to do so on her own a third time. During this last go-around, the controller issued two lengthy clearances; one was 16 seconds long and the other lasted 23 seconds. The airplane crashed shortly after the 23-second-long clearance was issued.

According to the NTSB, data retrieved from the airplane’s electronic flight instrumentation revealed the pilot did not follow the recommended go-around procedure. “Specifically, the pilot did not attain a speed between 81 to 83 knots indicated airspeed (KIAS) before raising the flaps. Rather, the airplane’s airspeed was 58 KIAS when the pilot raised the airplane’s flaps while in a left turn, which resulted in exceedance of the critical angle of attack and a subsequent aerodynamic stall and spin into terrain.”