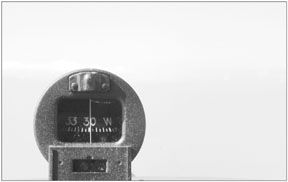 Youre cranking along on an IFR cross-country in your new flivver with its all-electric panel. For the moment you are VFR on top, with lots of thick stratus below. There is some VFR weather behind you that can be reached easily fly if things dont go well. But, its a smooth ride and you expect to arrive at your destination in another hour or so.

Then the trouble starts. The first indication-a discharging electrical system-goes unnoticed. Your last radio call to ATC was reported as weak. Your GPS navigator blinks once and dies, followed soon after by the engine instruments on your multi-function display. The alternator warning light comes on. You activate the backup electrical system and alls well for a moment or two, then it, too, fails. Shortly, the backup electric-powered gyro instruments wind down and park themselves in a permanent bank. Youve just suffered a complete electrical failure.

When All Else Fails
Taking stock, you still have several things going for you: You are on top of the clouds, its daylight and its warm enough that icing wont be a problem.But without navigation or gyro-powered instruments, theres no way youll be able to navigate to your destination, much less shoot an approach.

You know that the best bet is to turn around and head for the VFR behind you, but how will you get there? What heading do you use for behind, anyway? And how will you know if youre on it? Well, you have a heading indicator. Its an old one, its not gyro-stabilized and using it requires some basic knowledge, but it does work.

For the sake of a happy ending, lets say you used your magnetic compass to execute the perfect 180-degree turn and-sure enough- that the stratus soon melted away below you, you found a VFR airport (with a well-equiped maintenance shop!) and all has ended well. Is the magnetic compass ready for the trash bin? Not quite.

The magnetic compass was one of the first flight instruments installed in an aircraft. Its still standard equipment on most airplanes. Certainly as a standby, its still faithful. Its also simple to operate. It doesnt need any external power or vacuum source for its operation. The magnetic compass is a very reliable and self-contained unit, and extremely useful as an emergency or standby navigation instrument. However, a pilot does need to understand the magnetic compass various errors.

Principles
At its most basic, a magnet is a piece of material, usually alloyed iron, that produces an external magnetic field. The greatest force of attraction is at the ends (or poles) of the magnet; conversely, the least attraction-or repulsion-is midway between the two poles. Each of the poles develops lines of force, which bend around and flow toward the opposite pole, creating a magnetic field.

The Earth itself is an enormous magnet, with a magnetic field surrounding it. Magnetic poles and lines of force are arrayed between the poles, oriented approximately to the north and south, but located some distance away from the geographic, or true poles. To make things a little more complicated, these magnetic lines of force are influenced by the different minerals that are imbedded in the Earths crust. This causes an angular difference, or variation, between true north and magnetic north. Fortunately, this variation follows a pattern and points of equal variation can be accurately plotted on a chart. These lines of equal variation are called isogonic lines.The isogonic lines are depicted on most aeronautical charts. Depending on location, the variation between true north and magnetic north is toward the east; in other places, it is to the west. The magnetic north pole is actually on Prince of Wales Island, which is 900 miles from the geographic north pole.If you flew a cross-country from Seattle to Boston there will be a wide range of magnetic variations. Zero variation is located from approximately the upper Mississippi valley to Florida. The variation will range from 20 degrees easterly in the Pacific Northwest to 15 degrees westerly in the Boston area.

First, there is a circular compass card, with two bar magnets, attached to the lower surface. The magnets north-seeking ends point in the same direction and are parallel. The bars maintain alignment with the earths magnetic field and the airplane turns around the compass card. The card appears to turn when the direction of the airplane is changed, because the compass housing is constructed so that the pilot can see only part of the numbered card.

Second is a lubber line, the reference line marked on the instruments glass face.

Finally is the degree scale. The compass card lettering corresponds with the direction that the airplane is headed-N for example-with every 30 degrees numbered and every five degrees marked by a vertical line.

Limitations
Despite its simplicity, the magnetic compass has numerous limitations. In addition to magnetic variation and the errors described in the sidebar at left, it is relatively unstable and sluggish near the magnetic poles.However, when its errors and characteristics are thoroughly understood, the magnetic compass gives the pilot a very reliable means of determining heading. To achieve this reliability, the airplane must be flown level, smoothly and at a constant airspeed-few ham-fisted pilots can convince this instrument to present them with an accurate reading.

Even though the gyroscopic instruments have pushed the magnetic compass back to being a standby instrument, there have been times that it has saved pilots when all of their sophisticated gear has let them down. Doing an accurate NDB approach-with minimum IFR equipment such as you might be left with after a vacuum system failure-relies heavily on the magnetic compass.Professional navigators still maintain that with a magnetic compass, a clock, a speed indicator and an accurate chart, they can go anywhere.

Proficiency Exercise
A good (and challenging) IFR training exercise is to take along a safety pilot and a hood and see what you can do with a round-robin course, over three or four checkpoints, abut 50 or 60 miles apart. Your aim is to make your headings hold to the nearest degree, and your turns to the nearest second. Youll need to correct your heading and groundspeed for winds.

After takeoff, the safety pilot will watch for traffic and other problems.You will put on the hood, and keep it on until the trip is finished. The objective is see if you are able to navigate to your selected checkpoints, and return to your departure airport at your ETA. You begin timing at the start of the takeoff roll. Using only a chart, the magnetic compass, the airspeed and a clock, you may be surprised at the accuracy that you can get.

Another exercise for Instrument-rated pilots is discussed in the sidebar at right.

No-Gyro Tips
Before betting your life on the accuracy of a magnetic compass, make sure it has been swung in recent memory and that an accurate compass correction card is up to date. Remember that the best time to read the compass is when the aircraft is at a constant speed and in straight and level flight. Dont use bank angles of more than 18 degrees when flying a magnetic compass turn.

During your pre-flight inspection, ensure that that the compass is filled with fluid and free of any foreign matter that could hinder its movement. If you are going to turn to a northerly heading using only the compass, you will need to lead the rollout by an amount approximately the same number of degrees as the latitude at which youre flying, minus the number of degrees needed for the rollout.

The magnetic compass has been around a long time, but youll find it somewhere close by, ready to serve.

-Ray Leis holds ATP, CFII, Commercial and glider certifcates, and is a Designated Pilot Examiner for all ratings.