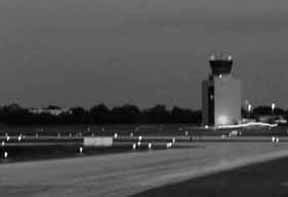 Tell me this has never happened to you: Its after dark and youre getting ready to land. Approaching the airport, you find it hard to pick out the runway lights. Youve got the rotating beacon, but that little white rectangle outlining the pavement isnt anywhere to be seen.

Another scenario: The lights are already on as you approach, or you have keyed the microphone and turned on the runways illumination. Turning base to final or, in a worst-case scenario, just as youre beginning your flare, the lights go out. Suddenly youre faced with continuing the landing attempt into a dark hole, or abandoning the landing and going around without solid visual cues on the ground to help you escape.

Or maybe you werent expecting to be flying at night, so you didnt pay too much attention to Notams covering lighting outages. Then, your plans changed and here you are.

There are many reasons you might not be familiar with the idiosyncrasies of pilot-controlled lighting. You may be used to flying out of 24-hour controlled airports. Your home field may foot the bill to keep the lights on all night long. Maybe youve just been lucky so far and your forays into small fields at night have gone off without incident.

Pilot Control of Airport Lighting
The AIM outlines the specifics of pilot-controlled lighting in Chapter 2, section 2-1-7. Basically, it states that in many cases airport lights are not left on continuously at nontowered airports, or even at tower-controlled airfields when the tower is not in service.

It costs a lot of money to pay the bill for lights all night long – money thats hard to justify with little night traffic. These fields make night operations available by installing a radio receiver hooked up to the runway lighting system. Key the transmitter correctly and the lights will illuminate long enough for you to get on the ground. Usually, theyre timed to extinguish about 15 minutes from the most recent activation. You, the pilot, have control of the lighting.

Many airports have variable intensity runway or approach lighting. These systems allow the pilot to select the lighting intensity depending on the number of times he/she keys the microphone-seven clicks of the mike switch within five seconds bring the lights up to full intensity. If thats too bright, click five more times to reduce the lights to medium brightness or three more times to turn them all the way down to their lowest level of illumination.

PCL is usually controlled on the Common Traffic Advisory Frequency, but not always. The frequency for light activation is listed on instrument approach plates (for runways served by an approach), and in the Airport/Facilities Directory. Dont look for it on a Sectional, WAC or Low Altitude Enroute chart, however. Its not there.

Case of the Missing Runway Lights
Flying around Wichita, Kansas, with a student in a brand-new A36 Bonanza some time ago, we decided to get in a little night flying. Coming into the Wichita area from the east, we planned to land to Beech Field (KBEC), where wed picked up the airplane hours before, and near the FlightSafety International center where our cars were parked.

Beechs tower was closed for the night. Back then, before they built a longer, more-jet-friendly runway for Raytheons products, KBEC had pilot controlled lighting for its lone north/south runway.

Id never landed there at night, and frankly Id not done my homework. At the time Beech wasnt banning transient airplanes (to do so would have jeopardized Federal airport improvement funds), but it wasnt exactly encouraging them, either.

It wasnt well known (and not even obvious reading the AFD or the approach plates) that the PCL worked, not on the CTAF frequency, but by calling Beech Security on a landline and pre-arranging for the lights to be turned on at a specific arrival time. We circled Beech Field, frantically keying the microphone over and over again, before giving up and landing a couple miles away at another airport.

By the way, the AFD shows that PCL at KBEC now works as expected on the CTAF.

Disappearing Act
Another time I was flying with a customer in the Baltimore area. It was a hot, hazy summer night, with fair but not great visibility, and the sky around Chesapeake Bay was glowing an off-yellow combination of moisture and pollution and diffused city lights. In all, it was not conducive to light adaptation for the eyes.

We planned to drop in to Bay Bridge Airport for a few full-stop landings. As we approached the pattern the pilot keyed on the runway lights to their highest intensity (seven clicks).

We flew downwind, base and final. As he began to flare another pilot somewhere clicked his/her transmitter three times, and the lights at Bay Bridge immediately went from highest to lowest setting. With our eyeballs narrowed in the Baltimore glare, the runway lights seemed to all but disappear. Luckily my student had a better fix on the lights and he continued for an uneventful landing.

Landing on the Taxiway
Another Bonanza, another flight lesson, and this time a trip to Ponca City, Okla. My student and I had spent a good part of the day practicing maneuvers and instrument approaches, and hed invited me to dinner at Enriques, an excellent Mexican restaurant located in the old terminal building at KPNC.

Poncas lone runway was being resurfaced that summer, but a check of Notams revealed that the FAA approved airplane operations on the parallel taxiway. We landed.

Enriques was busy and we stayed longer than planned. It was twilight and the runway was in shadow. It was dark enough that the pilot clicked seven times to turn on the lights, but of course they didnt come on.

The taxiway/runway was approved for day operations only and, although it was still legal daytime and we could see without the lights, if wed waited much longer wed have been forced to stay the night. The PCL was out of service, for a very unusual reason.

All these experiences happened over a single summer, a long time ago. I learned a lot about PCL and havent run afoul of its idiosyncrasies since then. You can, too. As the days shorten and more of your flights end after dark, review the tricks of pilot-controlled lighting.

Also With This Article
Click here to view “Pilot Control of Airport Lighting.”

Tomas P. Turner is an ATP who has written four books, including Cockpit Resource Management: A Private Pilots Guide. He has logged more than 2,000 hours of dual instruction given.