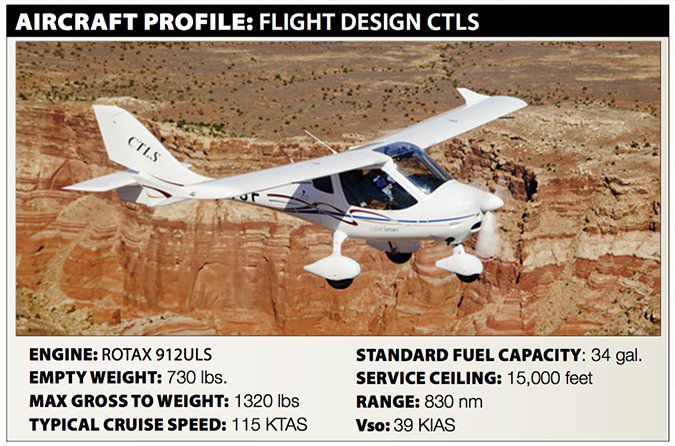 Apilot friend of mine once described a trip he and I flew in my airplane as “boring.” It was a one-stopper from Wichita to Florida, mostly done in or above IMC and at 11,000 feet msl. It was a smooth flight without any drama, but my passenger found it unsatisfactory because he couldn’t see the ground for most of it. He would have preferred more opportunities to look out the windows as the world slid past, something only possible if we had flown lower and slower, both of which would have made the trip longer and less efficient. He was okay with that, however. I wasn’t.

My principal idea of using an airplane is to go somewhere, preferably as fast as it will carry me. Sure; I enjoy boring holes, chasing down $100 hamburgers and taking in the sights as much as other pilots do, but when there’s someplace else to be, I prefer to get there. That said, it’s rare to find me flying low and slow, except when approaching a runway, simply because there’s less margin for error, especially when flying a single.

Thanks to the years of data we have and detailed research into how pilots wreck airplanes, we know that flying low and slow is one link in the accident chain. When close to the ground, maneuvering, distractions and adverse environmental conditions—to name three factors—can combine to result in one of the most common accident causes: loss of control. Being low, of course, isn’t necessarily an accident cause but it certainly affords us less time and space in which to recover the airplane if a loss of control occurs.

Many pilots—those conducting pipeline patrols, for example, or cropdusters—may spend their entire flying career at what the rest of us would consider too low an altitude and never have a problem. They’ve trained for it and know that if they operate the airplane within certain boundaries—to include speed, attitude and bank angle—they’ll be fine. The rest of us may not have the benefit of their training or experience. Instead, when we get low and slow—whether or not doing so is our intention—we’re not prepared for what can happen. Here’s an example of what I mean.

On February 10, 2016, at 1617 Pacific time, a Flight Design CTLS flying at low altitude entered a hard left turn and descended into terrain four miles southwest of Springville, Calif. The airline transport pilot and single passenger were fatally injured, and the airplane was destroyed by a post-crash fire. The airplane was registered to and operated by the Tulare County (Calif.) Sheriff as a public aircraft. Visual conditions prevailed for the flight, which had been airborne for approximately 1.5 hours.

Witnesses reported seeing the airplane circling a nearby area at low altitude, then depart to the southwest. While flying in a westerly direction, the airplane made a left turn, the wings dipped left and right, then the airplane descended into the ground in a sideways wing-down orientation. The engine was heard operating in a steady tone until ground impact.

The airplane came to rest inverted on a steep slope. The initial point of ground impact consisted of an indentation caused by the left main landing gear tire and the left wing tip. It was consistent with a high vertical energy component and very little forward velocity.

The aircraft was configured for law enforcement-related aerial observation and carried several pieces of additional equipment. Based on its empty weight plus people, personal items and fuel, the NTSB calculated the airplane’s takeoff weight at 686.5 kgs, or 1513.5 lbs, almost 200 lbs greater than its maximum gross takeoff weight of 600 kgs and 1320 lbs. The airplane had been airborne for 90 minutes before the accident and would have burned about six gallons of fuel (16.4 kg, or 36.15 lbs), equating to a gross weight of 669.6 kg (1476.2 lbs). The center of gravity was calculated as within limits.

According to the CTLS Pilot Operating Handbook, stalling speed at 600 kg (1320 lbs) with flaps extended 35 degrees is 39 KCAS. At the same weight and with flaps set to zero degrees, it’s 42 KCAS. The handbook also states, “When the nose drops during a stall, the aircraft will lose approx. 50 m (165 ft) altitude. Thus, near the ground a safety minimum speed of approx. 115 km/h (62 kts) should be maintained.”

According to the NTSB, the sun’s position was on a bearing of 241 degrees and 13 degrees above the horizon. As such, the “pilot was looking directly into the sun before the left turn began.”

The NTSB determined the probable cause(s) of this accident to include: “The pilot’s failure to maintain adequate airspeed while maneuvering at low altitude in hilly terrain, which resulted in the airplane’s wing exceeding its critical angle-of-attack and a subsequent aerodynamic stall. Contributing to the accident were the pilot’s inability to recognize the rising terrain due to the sun glare and the pilot’s operation of the airplane in excess of its gross weight.

According to the NTSB, “It is likely that the accident pilot was partially blinded by sun glare and did not see the hills rising above him on his left. After he entered the left turn…it is likely that the rising terrain suddenly came into view, and he increased the airplane’s bank angle in order to avoid the terrain and exceeded the wing’s critical angle-of-attack, which resulted in an aerodynamic stall.” The airplane’s altitude was too low to allow for a recovery.

Put another way, because of its higher gross weight, the airplane’s stall speed in a 30-degree banked turn was about 48 KCAS, which was near the airplane’s recorded groundspeed of 52 knots.

The FAA’sAirplane Flying Handbook(FAA-H-8083-3A) includes the following discussion of accelerated stalls: “At the same gross weight, airplane configuration, and power setting, a given airplane will consistently stall at the same indicated airspeed if no acceleration is involved. The airplane will, however, stall at a higher indicated airspeed when excessive maneuvering loads are imposed by steep turns, pull-ups, or other abrupt changes in its flightpath. Stalls entered from such flight situations are called ‘accelerated maneuver stalls,’ a term which has no reference to the airspeeds involved.

“Stalls which result from abrupt maneuvers tend to be more rapid, or severe, than the unaccelerated stalls, and because they occur at higher-than-normal airspeeds, and/or may occur at lower than anticipated pitch attitudes, they may be unexpected by an inexperienced pilot. Failure to take immediate steps toward recovery when an accelerated stall occurs may result in a complete loss of flight control, notably, power-on spins.”