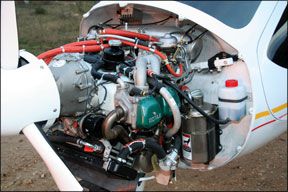 The light sport aircraft (LSA) community holds strong promise to attract a new population of pilots for a variety of reasons, many of them overlapping. For some, the lower prices for a new airplane-some starting at around $40,000, compared to a base price of $175,000 for an FAA-certified Diamond DA20 Katana, as one example-holds appeal. For others, the draw is the reduced cost of learning to fly: A sport pilot certificate will set back a student between one-third to one-half the

cost to obtain a private ticket. And, for some newcomers and a growing number of long-time pilots, the absence of a formal medical examination holds sway.

Combined, these forces propelled the delivery of about 2500 factory-new LSAs in the three-plus years since the rules went into effect. Meanwhile, about 2200 have earned their sport pilot certificates and an as-yet unknown-and perhaps unknowable-number of existing pilots received formal transition training required to legally fly LSA-category aircraft.

The LSA owner also may opt to pursue options to maintain his or her new craft which are, in some ways, broader than those long-available to experimental-aircraft builders. Embracing these maintenance-and-upkeep options requires time, effort and a financial commitment all its own. But viewed long-term, maintenance options available to LSA owners can more than transcend the up-front investments.

What Youve Got to Do

Maintenance cycles for LSAs in many ways differ little from requirements for conventional FAR 23 aircraft. For example, LSAs flown for personal use must clear an annual “condition inspection” performed by someone qualified to inspect and sign off an LSA in that category-fixed wing, weight shift, etc.

This requirement applies to both special light sport aircraft (S-LSA)-those delivered factory-ready to fly-and experimental light sport aircraft (E-LSA), which the owner/builder assembles from a kit. Additionally, an S-LSA rented or flown for hire must pass a factory-specified inspection every 100 hours-just as required for FAR 23 rental aircraft.

If you know anything about maintenance requirements for certified aircraft (and youre paying attention), youve probably already noticed from the foregoing that, while the maintenance intervals are the same, the terminology differs from the norm.

Because of the LSAs emphasis on simple systems and a near-total prohibition of complex components such as retractable landing gear and constant-speed props, one result is the relative ease and brevity of such inspections. Thank those who developed the LSA standard as well as the designers and engineers who produced them.

Amphibious LSAs stand as the only exception to the fixed-gear requirement. Termed “repositionable,” the landing gear and floating gear on amphibious-capable LSAs does add to the complexity of systems to inspect. But amphibious LSAs arent dominating the market that we can tell, resulting in a growing fleet of aircraft arguably simpler than a basic two-seat trainer.

Training programs to qualify maintenance technicians for a given LSA must originate from the supplier, or involve a vendor providing the type-specific knowledge and information with the manufacturers approval. See the sidebar at left for more information on maintenance training expectations.

While maintenance requirements for LSAs vary little, an owner flying an E-LSA enjoys one singular difference from the owner of an S-LSA: One can assemble an E-LSA from a kit that essentially bolts together. The FAA approved the kit, but theres no 51-percent builder-content minimum as exists for the experimental/amateur built category.

In another nod to the rules for experimental/amateur-built machines, the owner of an E-LSA enjoys the option of taking a two-day course and passing an exam to earn a light sport repairman-inspection certificate (LSR-I).

Instead, the owner or operator of an S-LSA needs either a qualified A&P or the holder of a light sport repairman with a maintenance authorization (LSR-M) before actually performing tasks other than the annual condition inspection and the 100-hour inspections of rental or for-hire LSAs. Further complicating the issue, qualifying to conduct condition inspections on E-LSAs and S-LSAs varies considerably. And-as if that isnt complication enough-the FAA recycled some terms already in widespread use, in the process giving them new definitions.

The biggest offending example involves repairman certificates. As weve seen, there are two such certificates, with individual endorsements for inspection and maintenance, the LSR-I and -M.

After years of the industry becoming accustomed to the idea of an FAA repairman certificate being limited to the original builder of an experimental/amateur-built aircraft, the new use of this term has generated some confusion. So has the term “inspection authorization,” when compared against its years of use as describing an A&P with a higher degree of authority-to sign off an aircrafts annual inspection, as one example.

One other thing worth noting: Weve noted in the past that the sport pilot may legally fly any CAR 3/FAR 23 aircraft meeting the LSA definition: two-place, 1320 pounds (or 1430 for amphibs) max weight, 120-knots maximum speed.

The distinction is a sport pilot is qualified to fly an aircraft meeting those basic specifications. But, just because the aircraft is LSA-compliant does not mean LSA maintenance rules are applicable. Instead, the aircrafts certification bases still determine maintenance and inspection requirements. In other words, if you own and operate a legacy LSA, like the Aeronca pictured above, you still need a certificated A&P to work on it and an A&P-IA to inspect it.

That said, an S-LSA owner enjoys one interesting option for getting the privilege of performing the annual condition inspections: fill out and file a form with the FAA that takes the S-LSA to an E-LSA.

So changed, the LSA becomes eligible for owner-performed annual condition inspections. Of course, theres no free lunch: There are many things to consider before taking such a step.

First, unless the factory itself brings the airplane back to S-LSA status, the change is a one-way trip.

Second, the change in approval basis could impact the LSAs market value and the liability picture should the owner someday decide to sell. Of course, if the factory will assure later restoration of the planes S-LSA status, the change to E-LSA might find appeal among some owners.

Finally, there is one shining example where rules for LSA and CAR 3 and FAR 23 aircraft remain identical: the area of owner-performed maintenance. All the same preventative and routine work is open to the operator or pilot of an LSA, under the same record-keeping requirements. That means the owner or operator of an E-LSA or S-LSA can change the oil and filters, change spark plugs, lights, wheels and tires, and service the coolant on engines with liquid-cooling systems.

Even with all the new acronyms and a little bit of unnecessary, FAA-generated confusion, the sport pilot certificate and LSA standard offer huge financial savings over older certifications. With a little planning, maintenance of an LSA can be one of them, also.