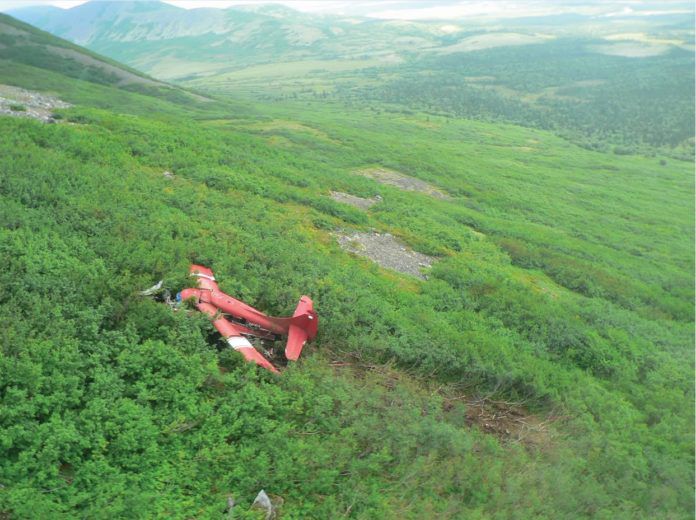 Although the U.S. and European airline industries have mostly eliminated controlled flight into terrain (CFIT) accidents by adopting new technologies, improved training and relevant procedures, general aviation continues to be plagued by them. Meanwhile, the FAA and the general aviation community have recognized that CFIT accidents are a major safety problem. The General Aviation Joint Steering Committee (GAJSC)—a group of FAA and industry organizations seeking data-driven solutions for key general aviation safety problems—has analyzed accident data and is targeting the most prevalent causal factors, concentrating on reduction of fatal accidents. Work groups are then formed to develop mitigations for these causal factors, emphasizing non-regulatory solutions.

For Aviation Safety’s May 2015 issue, I wrote an article entitled “Out of Control?” In it, I looked closely at the root causes associated with loss-of-control accidents and found that poor risk management was the main root cause for about 80 percent of those accidents. I attribute that finding to limitations in the probable cause determination employed by the NTSB: The NTSB’s list of causes and factors generally refer to the proximate or final events in the accident chain and do not necessarily describe the true root cause of an accident. So, I was curious to see what this kind of analysis would reveal for CFIT fatal accidents, and undertook a similar analysis of CFIT-related risks. It shouldn’t come as a surprise that CFIT accidents frequently result from failures to manage risk.

As I was planning this article, two CFIT accidents occurred almost at my back door, so to speak, and on the same day. On July 11, 2015, at 0745 Pacific time, a Piper PA-22-160 Tri-Pacer impacted the ridge of Twin Sisters Mountain in the Northern Cascades of Washington State. The pilot and single passenger were both killed by the impact. The weather at the time was a typical Washington day: Bellingham was reporting 3800 broken and the forecasts called for the Cascades to be obscured.

According to the NTSB preliminary accident report, radar data depicted the airplane at 8300 feet msl about 16 miles northwest of Stehekin Airport (6S9) and hence in the middle of the Cascades. The radar track showed a climb to 10,500 feet followed by a descent, with the last radar hit at 6000 feet. The Tri-Pacer impacted the Twin Sisters at the 6000-foot level. There are numerous peaks in that area between about 8300 and 9100 feet.

Later that same day, at 1600 Pacific time, a Beechcraft A35 Bonanza was destroyed near Mazama, Wash., about 25 miles northeast of the Tri-Pacer’s accident site. The flight had originated in Western Montana. The pilot and his wife were killed but, miraculously, the rear-seat passenger—their fifteen-year old granddaughter—survived with serious injuries. She was able to walk out of the wilderness after spending two overnights in harsh conditions, eventually reaching a road before she was able to obtain assistance. She reported they had been flying in clouds and only saw the terrain at the last second.

Our information on these two accidents is based on preliminary NTSB reports. However, it strongly suggests these two tragedies are classic CFIT accidents. Why did these two pilots continue their flights into extremely mountainous terrain when VMC did not prevail?

To obtain a little more hard data on CFIT accidents, I selected a very small sample of accidents from the NTSB database for 2011, far enough back that final reports and findings of probable cause have been issued. I selected all Part 91 fatal accidents within the U.S. and added the label “controlled flight into terrain” in the remarks section of the query. This doesn’t guarantee I flushed out all CFIT accidents for the period, but should at least ensure that I obtained some representative examples.

My restricted sampling technique yielded five fatal accidents. As I have done on previous such analyses, I determined the presence of hazards that were proximate causes of the accident. I then determined whether the pilot was aware of the hazard. If the pilot then did not properly mitigate the hazard, resulting in the accident, then I would label the accident as having poor risk management as a root cause. My analysis revealed that at least four of the five accidents could be characterized as risk management accidents.

I was uncertain about the fifth one. In that case, the pilot was conducting a night ILS approach when reported weather was right at minimums of 200 feet and mile. If he had impacted terrain while attempting a straight-in approach, I would attribute this to poor procedures and/or lack of proficiency. A pilot in such a situation presumably would either land if he saw the runway environment at minimums or execute a missed approach. This pilot, however, saw the runway while looking down and tried to make a circling approach, but collided with terrain. In reality, this accident could be considered to have poor risk management as a root cause since the pilot created the hazard that caused the accident.

The other four CFIT accidents clearly had poor risk management as a root cause. Interestingly, they all occurred in the southwest U.S.—in Arizona, Nevada and New Mexico. I analyzed these accidents in accordance with the well-known PAVE acronym for identifying risks on a proposed or on-going flight. (That’s Pilot, Aircraft, enVironment, and External pressures.)

The environment led the pack on risk factors here with weather, terrain and night hazards prominently in play. Pilot issues, such as a lack of an instrument rating or fatigue also were present, as were external pressures, such as pressing on under adverse conditions in order to get home. I identified no aircraft-related risk factors. All five pilots flew perfectly good airplanes into the ground.

The most tragic accident involved the only turbine-powered aircraft, an Aero Commander 690. On November 23, 2011, it slammed into the Superstition Mountains near Apache Junction, Arizona and exploded. The pilot and five passengers, including three young children, were all killed instantly.

This particular accident is worth an article by itself and apparently the NTSB thought so too, judging from the length and depth of their factual report which was not issued until August 5, 2013. The probable cause determination was published on December 3, 2013. The NTSB went into great depth to describe the issues surrounding this accident and, from a risk management point of view, it covered the gamut of PAVE hazards and risks.

The pilot elected to fly VFR and to duck under the Phoenix Class B airspace, apparently to avoid obtaining a Class B clearance from ATC. The aircraft did not have a working terrain avoidance and warning system (TAWS), though one was required. It was after sunset and the pilot may have been under some pressure to return home that evening.

The NTSB report on the Aero Commander accident discussed at length the FAA and industry actions that had been taken or planned to reduce CFIT accidents. These included the actions taken by the FAA and the GAJSC, among others. The sidebar on the opposite page lists FAA recommendations designed to help prevent CFIT. The sidebar above, meanwhile, highlights four additional, broad areas pilots may wish to consider (especially the one on technology, since in-cockpit terrain awareness devices are relatively inexpensive these days).

It’s all well and good that the FAA and industry have tried to chip away at the CFIT problem, but these efforts probably would be more effective if the root cause of many CFIT accidents—poor or non-existent risk management—also was addressed. Helping pilots identify the key red flags associated with most CFIT accidents and emphasizing hazards that create CFIT risk is the place to start. That’s especially true since virtually all CFIT accidents are preventable. However, each flight is different, and you as the pilot must identify the hazards likely to create the most risk. My “short list” of these hazards is in the sidebar on page 5.

I am always depressed when I hear of CFIT accidents, since it is generally easy to detect their associated hazards and mitigate the resulting risks early in the accident cycle. Remember: It’s easy to avoid becoming a CFIT statistic. All of the accidents I have discussed in this article could have been prevented by using the techniques described above. Your preflight risk assessment will be critical in determining which of them to use.

Regardless of the type of flying you do, practice CFIT awareness. When conditions are especially egregious, including operations in less than perfect weather, at night and when in mountainous terrain, use the tools at your disposal—especially technology and procedures—to mitigate the risks.

Robert Wright is a former FAA executive and President of Wright Aviation Solutions LLC. He is also a 9600-hour ATP with four jet type ratings and holds a flight instructor certificate. His opinions in this article do not necessarily represent those of clients or other organizations that he represents.

In 1998, the FAA formed a CFIT Joint Safety Analysis Team (JSAT) to devise safety interventions to reduce CFIT accidents among GA pilots. Ultimately, an Advisory Circular (AC 61-134, General Aviation Controlled Flight Into Terrain Awareness) resulted, which included a four-page checklist. It’s available on the FAA Web site at tinyurl.com/AVsafe_CFIT. Among the AC’s relevance for GA pilots are these 12 recommendations:

• Non-instrument rated VFR pilots should not attempt to fly in IMC. Duh.

• Verify proper altitude, especially at night or over water, through use of a correctly set altimeter.

• Verify all ATC clearances. Question an ATC clearance that assigns a heading and/or altitude that, based upon your situational awareness, places the aircraft in a CFIT environment.

• Comply with appropriate regulations for your specific operation.

• Don’t operate below minimum safe altitudes if uncertain of position or ATC clearance.

• Be extra careful when operating outside the United States or in an area which you are not familiar.

• Use current charts and all available information.

• Know your aircraft and its equipment.

The hazards and associated risks that can potentially result in a CFIT accident need to be identified early and quickly assessed in terms of their likelihood and severity. It’s then possible to mitigate these risks with a variety of tools and procedures, including the following.

Most advanced avionics suites have a terrain awareness function. Even the ones that aren’t approved TAWS can provide enhanced situational awareness of terrain hazards. And your favorite EFB app running on a tablet can do the job nicely.

Having an instrument rating is an advantage in combating potential CFIT hazards. So is availing yourself of numerous off-the-shelf online training courses available.

You should consider using IFR procedures when flying under certain conditions, even when VFR. Obtaining flight following from ATC is a great example. If departing an airport at night, consider following the published obstacle departure procedure (ODP).

Remember that the hazards in your environment don’t care what reason you’re flying for. If you fly like a professional you’re more likely to follow procedures and maintain situational awareness.

Robert Wright is a former FAA executive and President of Wright Aviation Solutions LLC. He is also a 9600-hour ATP with four jet type ratings and holds a flight instructor certificate. His opinions in this article do not necessarily represent those of clients or other organizations that he represents.