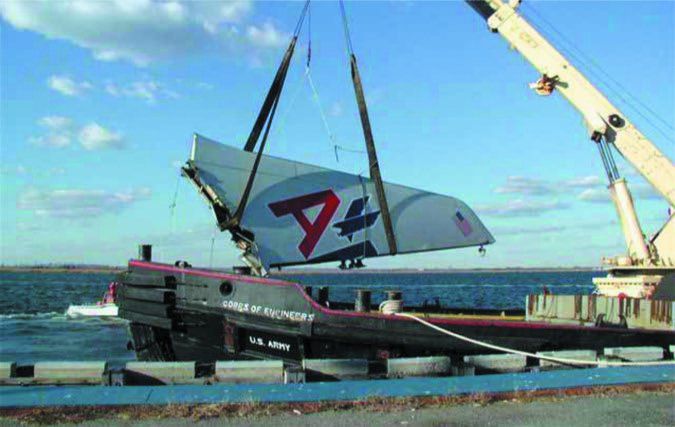 Early in our primary training, we encountered the concept of maneuvering speed (VA), or design maneuvering speed as it’s sometimes called. We’re basically told it’s the speed at below which we should fly in turbulence and when entering advanced maneuvers, hence its name. If we’re lucky and have a good ground-school instructor, we’ll also learn that VA changes with weight: As the airplane’s weight decreases, so will maneuvering speed. Although VA isn’t marked on our airspeed indicators, there should be a placard listing it at the airplane’s gross weight, with the admonition to not make full control deflections above it.

Out in the practice area, VA often is used as the target speed for entering maneuvers like accelerated stalls, chandelles and lazy eights, although some manufacturers may publish a different speed. Basically, when we’re engaged in maneuvers imposing additional loads on the airframe, we should be flying at or below the airplane’s weight-adjusted VA. But that’s not the full story. Some of the things we’re not told about VA in ground school are learned the hard way.

On December 10, 2015, at about 1347 Mountain time, an experimental Van’s RV-7 homebuilt experienced an in-flight breakup and impacted terrain in Hurricane, Utah. The airline transport pilot and passenger were fatally injured; the airplane sustained substantial damage. The airplane was registered to the pilot. Visual conditions existed.

Several witnesses heard the airplane’s engine make what sounded like power changes. One witness observed the airplane spiraling and descending in a corkscrew-type maneuver. Other witnesses reported observing pieces of the airplane “floating in the air.”

The engine revealed no evidence of mechanical malfunctions or failures that would have precluded normal operation.

All fractures exhibited a dull, grainy appearance consistent with overstress separation. There was no evidence of progressive or pre-existing fractures on any of the parts.

No data for the accident flight was recovered from the electronic devices found in the wreckage. However, a video camera contained two files recorded on previous flights in which the accident airplane performed an aileron roll to the right.

Commercially available radar data revealed two tracks consistent with the accident airplane. One track was 17 minutes long and ended at 1332 when the airplane was at 6150 feet msl. Altitudes throughout the track varied from 6150 to 9350 feet, and groundspeed varied between 24 and 168 knots.

The NTSB determined the probable cause(s) of this accident to include: “The pilot’s abrupt flight control inputs, likely above the maneuvering speed, in severe winds and turbulence conditions, which resulted in an in-flight breakup.”

Based on the aircraft’s radar track, the pilot was maneuvering the airplane, perhaps including aerobatics. The NTSB’s probable cause finding combines the G-loading effects of those maneuvers with the atmospheric conditions forecast to exist and concludes the aircraft encountered a wind gust that combined with the G-loading to impose on the airframe loads in excess of its design.

In other words, abrupt maneuvering in turbulent conditions can risk exceeding the airplane’s structural limitations. According to the FAA’s Airplane Flying Handbook (FAA-H-8083-3B), VA is based on the wing’s response to a 50-fps gust or elevator movement. Combining turbulence and high G loading induces even greater stress on the aircraft.

On November 12, 2001, an Airbus A300 operating as American Airlines Flight 587 departed John F. Kennedy International Airport for the Dominican Republic. Shortly after takeoff, it encountered wake turbulence from a 747 that took off ahead of it. The first officer/pilot flying made a series of aggressive, alternating rudder inputs in an attempt to stabilize the airplane. However, his control inputs were so aggressive that the airplane’s vertical stabilizer, pictured at right, broke off the airframe and fell into Jamaica Bay.

The NTSB determined the vertical stabilizer failed, in part, after loads beyond its ultimate design were created by the first officer’s rudder input, even though the airplane was well below its maneuvering speed (VA) at the time. Prior to the AAL587 crash, pilots had been trained that any abrupt control input made below VA would not break the airplane.