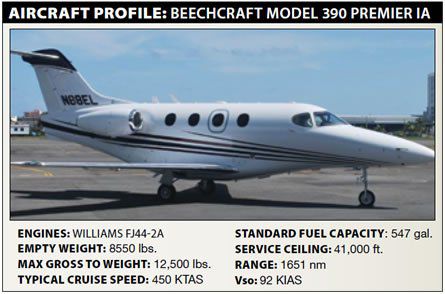 Weve all performed a go-around at one point or another, certainly in training. Many of them are begun at some altitude close to the runway, when it becomes obvious a go-around is preferable to rolling off the end of the runway. In most of the airplanes we fly, going around can be a relatively simple matter. It is, however, a high-workload maneuver and can require some finesse.

For example, many airplanes dont climb well with full, landing flaps applied. At the same time, retracting all the flaps at once can drastically and dangerously affect lift being produced by the wings. Pitch trim is another consideration and can result in a sharp pitch up when set for landing and full power is applied. Often, its better to do these things in stages: add enough power to arrest the descent, clean up the flaps, add more power, retract the landing gear, re-set the trim as a climb is established, then add full power. The more complicated the airplane, the more things to do, and the more reasons there may be to perform the go-around in the first place.

Sometimes, the best choice is to close the throttles, stand on the brakes and perhaps accept a runway overrun. If the pilot in this months accident had done that, wed be writing about something else.

Background
On February 20, 2013, at about 2006 Eastern time, a Beechcraft Model 390 Premier IA collided with a utility pole, trees and terrain following a go-around at the Thomson-McDuffie County Airport (KHQU) in Thomson, Ga. The airline transport-rated pilot and copilot were seriously injured; the five passengers were fatally injured. Night visual conditions prevailed. The KHQU facility was the airplanes base, and the accident flight occurred at the end of a day-trip to Tennessee.

At about 1956, the crew advised ATC they were descending through 18,500 feet msl; two minutes later, they cancelled their IFR flight plan. By 2000, the flight crew contacted Augusta Approach and advised they were descending out of 8400 feet and had the destination airport in sight. The crew switched to the CTAF at about 2002. According to the cockpit voice recorder (CVR), after the landing gear was lowered, at about 2004, the copilot noted the ANTI SKID FAIL annunciator light was illuminated. The pilot continued the approach and, at about 2005, the airplane touched down on Runway 10. According to the CVR, the takeoff warning horn sounded about 0.3 seconds before the pilot stated he was performing a go-around. The airplane lifted off near the departure end of the runway. Shortly, the copilot directed the pilot to increase pitch. According to enhanced ground proximity warning system (EGPWS) data, as the airplane climbed to an altitude of about 63 feet agl and about nine seconds after liftoff, the left wing struck a utility pole about mile east of the departure end of the runway. The airplane was destroyed by impact forces and a post-crash fire.

Investigation
The Premier IA was not equipped with reverse thrust, and wheel braking was the primary means of stopping the airplane after landing. A lift-dump system, designed for activation once the wheels are on the ground, makes braking more effective. Activation of the lift dump switch extended the three spoiler panels on each wing and overrode normal spoiler operation. A placard was located on the cockpit pedestal immediately aft of the lift dump switch that read, WARNING DO NOT EXTEND IN FLIGHT. The airplane flight manual states, Do not extend lift dump in flight.

The airplane was equipped with an electrically controlled antiskid system, which helps provide consistently shorter landing rolls for all runway conditions. The ANTI SKID FAIL annunciator would illuminate if a malfunction existed in the system when the ANTI SKID switch was in its normal position.

All three landing gear actuators were in the gear extended or down position. Fire and impact damage to the antiskid system components prevented their testing. The lift dump switch assembly, which was mounted on the cockpit center console, was not located. While the flap handle was found in the 10-degree detent, measurement of the flap actuator positions revealed the flaps were at approximately the 15-degree position-i.e., in transit-at the time of impact.

Examination of the lift dump actuators revealed one unit was 0.457 inch from full extension (panel extended) and the other unit was 0.221 inch from full extension. A determination of left or right could not be made due to fire and impact damage. Damage to the left blow-down actuators clevis at the end of the actuator was consistent with the roll/speedbrake/spoiler panel being in the fully extended position at impact. The right blow-down actuators position at impact could not be determined.

Data recorded by the EGPWS indicated the airplanes calibrated airspeed was about 125 knots when it lifted off. The airplane continued straight ahead, slowly accelerated and gradually climbed until impact with the utility pole.

An airplane performance study conducted by the NTSB concluded, in part, Lift dump is a critical system for stopping the Beechcraft 390 Premier 1A during landing. The wreckage examination as well as drag estimates based on recovered EGPWS data indicate that lift dump remained extended during [the airplanes] go-around attempt at Thomson-McDuffie Regional Airport. The airplane drag associated with lift dump, flaps and landing gear likely resulted in only marginal climb performance.

Probable Cause
The NTSB determined the probable cause(s) of this accident to include: The pilots failure to follow airplane flight manual procedures for an antiskid failure in flight and his failure to immediately retract the lift dump after he elected to attempt a go-around on the runway. Contributing to the accident were the pilots lack of systems knowledge and his fatigue due to acute sleep loss and his ineffective use of time between flights to obtain sleep.

According to NTSB Member Robert L. Sumwalt, III, who submitted a statement concurring with the probable cause finding, A professional pilot has an obligation to his/her passengers and employer to report to work fit for duty. This includes taking measures to ensure he/she is well rested. This investigation found solid evidence that the pilot involved in this crash did not take such measures.

As with so many others appearing in these pages, this report highlights how a chain of events can lead to an accident, and how removing one or more links might have prevented it.