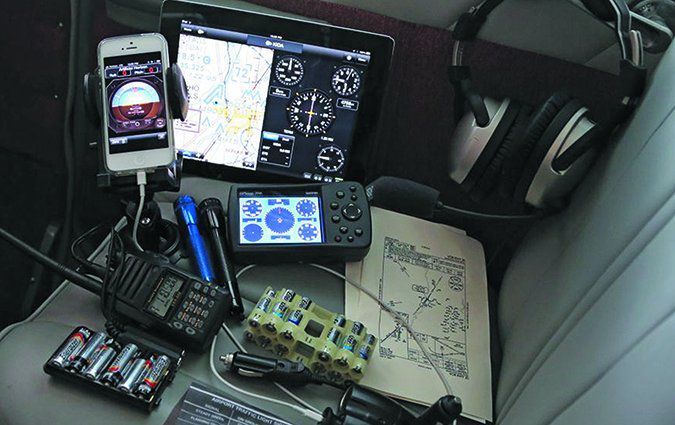 Three Advisory Circulars newly issued by the FAA in December 2016 and January 2017 may provide much-needed guidance to operators seeking answers to a wide range of certification and operational questions. Two of the ACs revise existing guidance on “Use of Flight Deck Displays of Digital Weather and Aeronautical Information” (AC 00-63A) and “Airworthiness Approval of Enhanced Vision System, Synthetic Vision System, Combined Vision System, and Enhanced Flight Vision System Equipment” (AC 20-167A). The third AC, meanwhile, AC 20-188, is new and concerned with “Compatibility of Changes to Type Design Installed on Aircraft.”

The FAA has long maintained published guidance regarding display and use of flight information in the cockpit, whether restricted to installed avionics equipment or available on portable devices. The guidance typically targets commercial operations under FAR Parts 121 and 135, but also affects Part 91 operation of large and fractionally owned aircraft.

According to the agency, AC 00-63A “incorporates new information into the AC; removes references to Category 1 and Category 2 data link services; modifies content for use of software application on portable devices, advisory-use information, and operational use of FIS-B; and updates terminology and references throughout the document.” The revised AC addresses both the FAA’s FIS-Broadcast (FIS-B) provided through the Automatic Dependent Surveillance-Broadcast (ADS-B) Universal Access Transceiver (UAT) network and non-FAA FIS systems provided through commercial data link services, like XM WX Satellite Weather.

The AC describes how meteorological information (METI) and aeronautical information (AI) can be used to “enhance pilot awareness of weather and/or airspace constraints while providing information for decision support tools and improving safety.” The revised AC includes little, if any, guidance changes to how non-commercial Part 91 operators obtain and use in-cockpit METI and AI.

The AC is designed to assist “airplane and rotorcraft manufacturers, modifiers, and type certification engineers seeking certification or installation guidance for their visual display system,” the FAA said, including head-up displays, headmounted displays or equivalents. Synthetic and enhanced visions systems considered by the AC are used to enhance a pilot’s situational awareness during any phase of flight but especially when conducting an instrument approach.

Will New FAA Rules Be Delayed?

Two new FAA rules of importance to the general aviation industry may be delayed under directives issued by the White House after President Trump took office in January. The two rules—one which relaxes requirements for pilots to carry a third-class medical certificate and another one completely overhauling small aircraft certification requirements—were released on January 10, 2017, and December 16, 2016, respectively. A January 20, 2017, White House memorandum “froze” all new federal regulations while a subsequent executive order was issued requiring agencies to identify for elimination two existing regulations for each new one.

According to the Experimental Aircraft Association (EAA), the organization’s initial contact with the FAA on the status of these two new rules “brought no clear answer, as the agency was exploring whether the freeze would impact this and dozens of pending regulations.” Sean Elliott, EAA’s vice president of advocacy and safety, said, “Such a freeze is not unprecedented when a new administration and party enters the White House, and it is intended to allow time to review regulations issued under a previous administration.”

Under the worst-case scenario, according to Elliot, the effective date for the new third-class medical regulation would move from May 1, 2017, to July 1, a two-month delay. Under the statute requiring the FAA to act on third-class medicals, the required rules must be implemented by July 15, 2017, or the law’s provisions go into effect anyway.

The outcome for the new Part 23 rule is less clear, although it’s not slated to go into effect until August 30, 2017. Whether its effective date also will be delayed simply isn’t known as this issue went to press.

The FAA’s new AC, AC 20-188, is designed to help an installer determine whether a proposed change to an aircraft’s design is “compatible with previously approved modifications.” An example might include installing an autopilot under a supplemental type certificate (STC) in an airplane equipped with STC’d wingtip fuel tanks. The autopilot manufacturer may not have considered the tip tanks when developing the product or obtaining an STC for its installation. The AC’s guidance is supposed to help the installer determine whether the autopilot may be installed as-is or if additional engineering is necessary.

Importantly and while the AC focuses on changes to type designs approved by the STC process or an amended type certificate, its guidance is applicable to alterations approved “in a manner other than STC or amended type certificate where previously approved changes exist.” In other words, an installer must determine suitability of installing any new equipment by STC or minor modification when other changes to the aircraft’s design have already been incorporated.

In addition to the autopilot/tip tanks example, the FAA intends for the AC to be used when guidance is necessary before ADS-B Out equipment when previously installed GPS antennas exist or integrated avionics components like multi-function and primary flight displays are installed and interconnectivity was changed, added, or removed), The FAA emphasizes that the new AC is designed for “persons and organizations who own, operate, or maintain aircraft.”