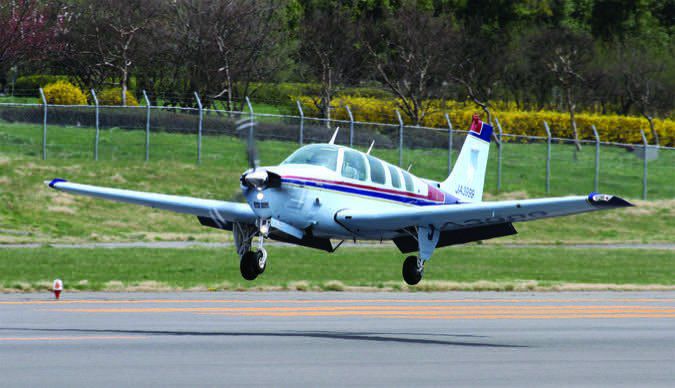 Even relatively simple airplanes, those with welded-down landing gear and a fixed-pitch propeller, can have complicated systems. Most of the time, everything works as intended by the manufacturer and all is well. On rare occasions, however, equipment failures occur. When that happens, it’s easy to say that excellent systems knowledge will save the day. The reality is somewhat different, and pilots often do not have the time or third hand with which to look up systems information in the airplane’s documentation.

As complexities increase, our knowledge of the airpane’s systems needs to increase accordingly. And as the level of cockpit automation grows, pilots may need regular refresher training to ensure they can resolve equipment failures in a timely manner. As we will learn, the need to understand an aircraft’s systems can be greatest when we first step aboard.

On November 20, 2015, at about 1127 Eastern time, a Beech A36TC Turbocharged Bonanza descended into a lake near Orlando, Fla. The private pilot and the passenger were fatally injured; the airplane was destroyed. Visual conditions prevailed. The flight originated from the Orlando (Fla.) Executive Airport (KORL) at about 1115, with Gainesville, Texas, as its destination.

The trouble started right after the airplane’s VFR departure when it climbed into overlying Class B airspace without a clearance. By 1120:51, a controller advised the pilot, “…I need you to listen cause you’re in my Bravo without a clearance; turn left heading 270.” Between 1120:40 and 1120:53, the airplane descended from 2200 feet msl to 1700 feet, a 500-foot descent in 13 seconds. Shortly thereafter, the pilot advised ATC that he could not get the airplane’s autopilot to disengage and stated, “Listen, I think we need to put this thing on the ground; I don’t know what’s going on.” At 1121:53, the pilot transmitted, “I have to use full force, does anybody have any ideas what I can do to shut off this autopilot?”

Several witnesses observed the airplane immediately before it impacted the lake. They reported the airplane was in a “hard” right bank, followed by a vertical descent and impact. Witnesses did not see smoke trailing behind the airplane or parts separating from it. The pilot had purchased the airplane slightly more than two months before the accident, on September 9, 2015, and had logged about 37 hours in it.

The airplane was equipped with a two-axis KFC 200 autopilot system from the factory. It incorporated an autotrim function as well as manual electric trim via a control wheel-mounted switch. The airplane also had a manual pitch trim wheel near the pilot’s right knee. The airplane’s previous owner reported to the NTSB that he did not have any issues with the autopilot during his four-plus years and 400 hours of ownership. The pilot who ferried the airplane to its new owner noticed a lag of about two seconds from activation until seeing the trim wheel move and opted to use the manual pitch trim wheel. The ferry pilot further reported that the autopilot disconnect/trim interrupt switch on the pilot’s control yoke worked as it should.

The NTSB and the autopilot’s manufacturer conducted extensive testing and examination of the autopilot system. According to the NTSB, the investigation “revealed no evidence of preimpact failure or malfunction that would have caused an uncommanded full airplane-nose-up trim or would have prevented application of manual or electric trim to correct the mis-set trim condition.” As shown in the image on the opposite page, the elevator trim tabs were extended to the full airplane nose-up stop.

According to the NTSB, “In the pilot’s haste to mitigate an airspace violation while climbing with the autopilot engaged, he likely pushed and held the control yoke to arrest the climb. This action would have resulted in the autotrim running in the opposite (airplane-nose-up) direction to reduce the force on the pitch servo.”

The NTSB determined the probable cause(s) of this accident to include: “The pilot’s failure to maintain adequate airspeed while turning to join the final approach leg of the airport traffic pattern with full airplane-nose-up trim, which resulted in the airplane exceeding its critical angle of attack and experiencing an aerodynamic stall. Contributing to the accident were the pilot’s mis-use of the forward elevator flight control input with the autopilot engaged, which resulted in the full airplane-nose-up trim; his failure to recognize and correct the mis-trimmed airplane per the emergency procedures; and the excessive control forces required to maintain control of the airplane in the mis-trimmed condition, which resulted in pilot fatigue.”

By some nine minutes after takeoff, the airplane had slowed to within 12 knots of its stall speed and continued to decelerate. Performance studies showed the airplane was just two knots above its stall speed during its turn to final. It appears that, in addition to powering down the electrical system, the pilot also reduced engine power below that needed to sustain flight and stalled the airplane while approaching the runway.

The image at right from the NTSB docket shows the accident airplane’s elevator and trim tabs during recovery from the lake. The trim tabs are in the full nose-up position. According to the NTSB, the autopilot’s flight manual supplement specified the following steps for a pitch trim-related emergency:

The supplement also stated, “When the autopilot is engaged, manual application of a force to the pitch axis of the control wheel for a period of 3 seconds or more will result in the autotrim system operating in the direction to create a force opposite the pilot…. If the autopilot is disengaged under these conditions, the pilot may be required to exert control forces in excess of 50 pounds to maintain the desired airplane attitude. The pilot will have to maintain this control force while he manually retrims the airplane.”