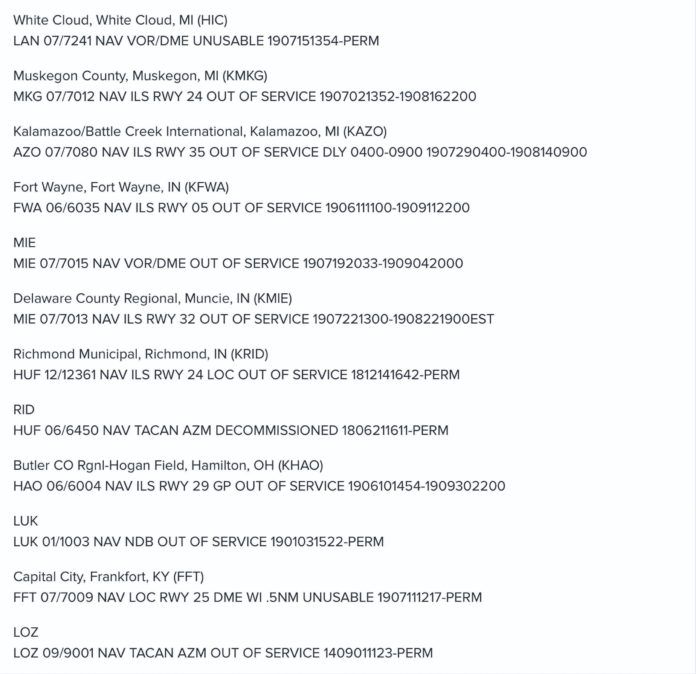 At least in the U.S., the existing Notam (Notices to Airmen) system is one pilots have come to hate. There are too many Notams, many pilots complain, and those that appear in preflight briefings often aren’t relevant. Further, those pilots say, their format makes Notams difficult to read and understand, creating a flight safety issue. Meanwhile, software-based translations can misinterpret standard contractions and render an incomplete or confusing Notam.

Notams have had a rocky decade, getting most of the blame in 2010 when the FAA accused U.S. Senator James Inhofe (R-Okla.) of landing on a closed runway in Texas. He maintained he researched applicable Notams as part of his preflight planning, but didn’t find one for his destination. The FAA didn’t agree and brought an enforcement action against the Senator. In turn, Inhofe developed and in 2012 saw enacted the Pilot’s Bill of Rights, which among other things mandated an overhaul of the Notam system. Subsequent legislation—2015’s Pilot’s Bill of Rights 2, also by Inhofe—sought to further improve the Notam “experience” for pilots. It’s the legislation that created the BasicMed option to traditional FAA medical certificates.

One outcome of the original legislation was the FAA’s Pilot Web site, atpilotweb.nas.faa.gov,. which is devoted to researching Notams as an additional preflight tool. Now, according to the National Business Aviation Association (NBAA), the Pilot Web site will be going away on January 24, 2020, in favor of a new site, the Notam Search System, atnotams.aim.faa.gov. Before that, however, Canadian Notams are changing first, and may have done so by the time you read this. Both changes are part of international efforts to bring aeronautical information like Notams into harmony with international standards developed by ICAO, the International Civil Aviation Organization.

“Pilot Web is not in compliance with ICAO standards, which makes it more challenging for international pilots to decipher messages. It also doesn’t allow pilots to sort and filter according to category,” said Abigail Smith, FAA’s director of air traffic organization technical training and co-chair of the Aeronautical Information System (AIS) Reform Coalition, according to NBAA. “Moreover, our customers did not have a single office to go to for questions, support and assistance about NOTAMs and Aeronautical Information, which can result in confusion, inconsistent messaging and slow results,” the association quoted her as saying.

Meanwhile, Canada is moving ahead on its own Notam reform and harmonization program. On October 10, 2019, a few days after this issue’s deadline, Nav Canada will transition to the ICAO Notam format and henceforth will distribute all Canadian domestic Notams using it. According to NBAA, Nav Canada’s announcement “correlates with work being done in the U.S. by the Aeronautical Information System (AIS) Reform Coalition, a joint government/industry working group. A key goal of the AIS Reform Coalition is to harmonize aeronautical information with global standards.”

“Our goal is to create a system that works best for the user. We welcome feedback from pilots on the best ways to educate and prepare them with the information they need for the safest possible flight,” Smith added, according to NBAA. “We’re looking for feedback on how to improve NOTAM Search, on what they wished they knew when they first became pilots, feedback on how they believe they can find the NOTAMs most relevant to their route of flight and anything else that improves the system.”

Most pilots’ interactions with the Transportation Security Administration (TSA) come when trying to board a scheduled flight. But flight schools throughout the U.S., foreign students coming to the U.S. to train and general aviation operations meeting certain criteria, like flying charters in aircraft weighing more than 12,500 pounds, have significantly greater opportunities to interact with the agency. Now, the TSA is adopting an enforcement philosophy similar to one embraced a few years ago by the FAA that it says will create “incentives for eligible parties to identify security vulnerabilities, correct their own instances of regulatory noncompliance whether discovered by the eligible party or TSA, and invest resources and effort to improve transportation security.” The TSA adds its goal is to “increase partnership with industry stakeholders, mitigate vulnerabilities, obtain compliance, and sustain the highest levels of security through shared outcomes.”

The agency’s new enforcement philosophy is dubbed the “TSA Action Plan Program” and went into effect August 26, 2019. The program can be used when there is an “identified security vulnerability or an instance of noncompliance, either disclosed voluntarily or discovered by TSA.” It generally “does not apply to egregious or intentional noncompliance with TSA’s regulatory requirements or to those involving criminal activity or fraud, all of which present an unacceptable risk to security.” The Action Plan Program is implemented by TSA’s Security Operations branch and the agency emphasizes that participation in it is voluntary.

With respect to potential security vulnerabilities under the program, “TSA encourages eligible parties to take prompt and effective action to address significant vulnerabilities identified by either an eligible party or TSA through audits, testing, and other data. Vulnerabilities are not regulatory violations. In the event noncompliance with a TSA security requirement occurs during the execution of an action plan implemented to address a vulnerability, TSA will not initiate an administrative or civil enforcement action.” The program applies only to specified TSA regulations and is accompanied by a several-page discussion of the process.

Regulated parties interested in learning more about the TSA Action Plan Program should reach out to their Designated TSA Official (DTO) for additional details and to determine eligibility.

Pilots flying in the U.S. generally hate the existing Notam system: There are too many of them, the vast majority are irrelevant to a planned flight and the format can be indecipherable without looking up abbreviations with a secret decoder ring. With so many problems, it’s no surprise the FAA has struggled to improve Notams, despite keen Congressional interest in recent years. Now, the U.S. Notam system is changing again, to bring it into harmony with international standards. 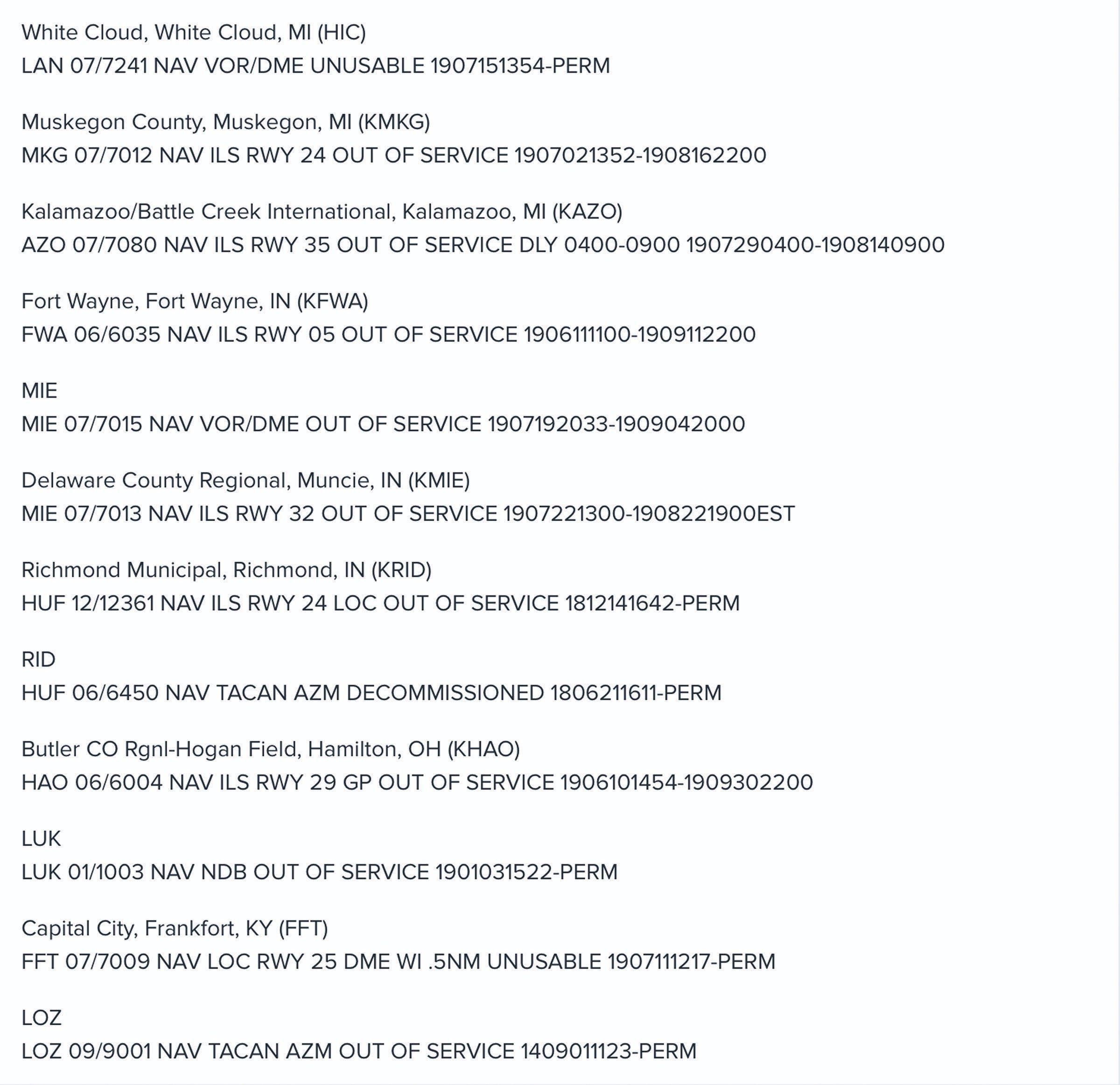 The search function at the FAA’s new Notam retrieval site presents results in a cleaner format than the Pilot Web site it will replace in 2020. Pilots don’t have to wait until then, though, and can immediately use the new site atnotams.aim.faa.gov. 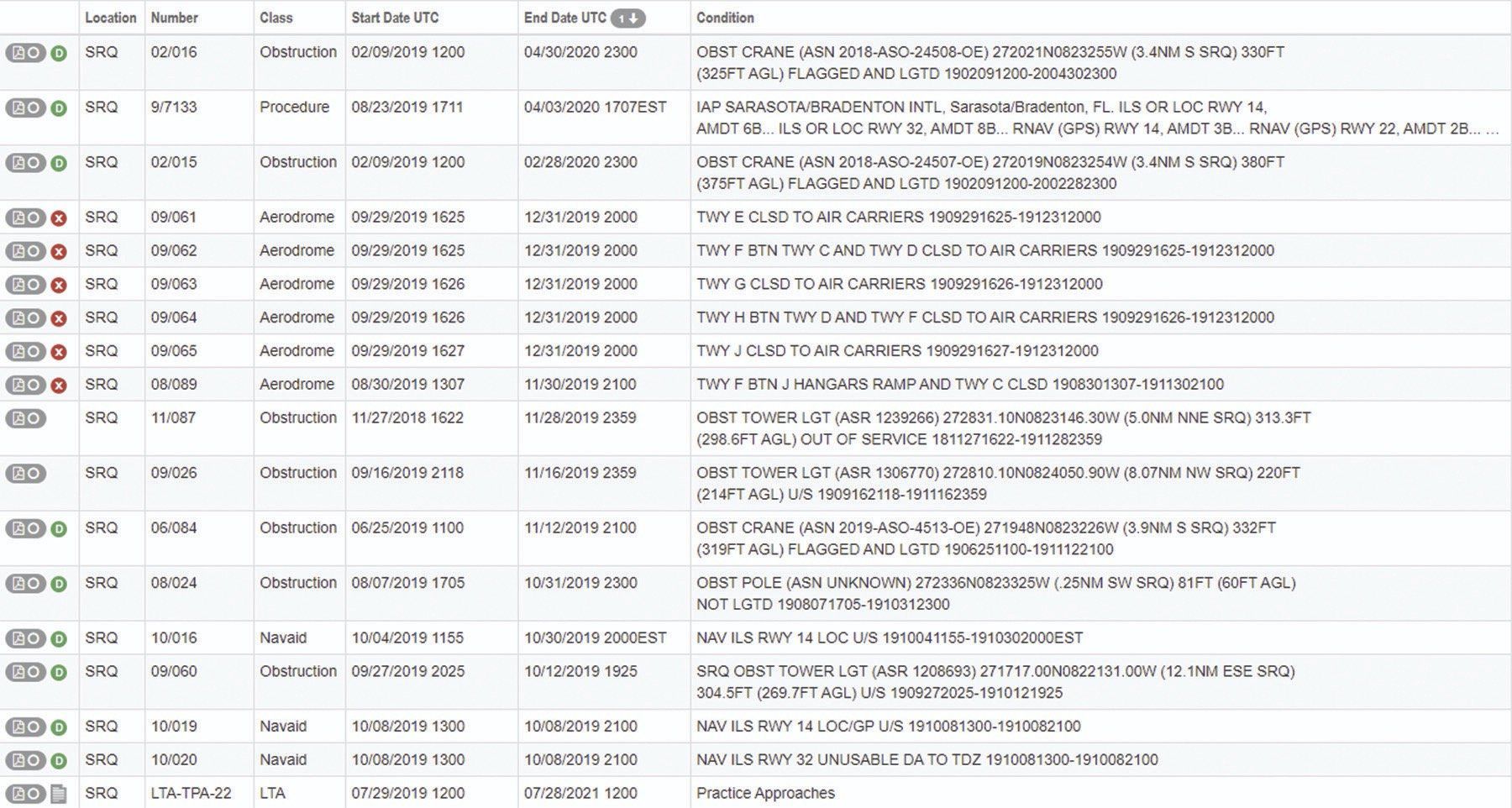 According to the FAA, “The General Aviation Joint Steering Committee (GAJSC) and the National Transportation Safety Board (NTSB) have determined that a significant number of general aviation fatalities could be avoided if pilots were to conduct more thorough preflight inspections of aircraft that have just been returned to service.” That statement comes in a newly released fact sheet from the agency’s FAA Safety Team (FAAST). Among other recommendations, the agency strongly urges pilots and aircraft owners to get to know those who work on their airplane, emphasizing such “communication is essential to the safe operation of your aircraft.” Additionally, the fact sheet recommends:

• You need to understand how your mechanic thinks, how thorough they are, and how knowledgeable they are on your type of aircraft. Ask other owners about the mechanic or shop you intend to use.

• Have a good sit-down with your mechanic to discuss all the issues that were found during any inspection or repair, especially major repairs or alterations. The mechanic should properly document all maintenance and operational checks performed, any maintenance required, and any items that may need to be monitored prior to the next scheduled inspection. The maintenance shop should inform you of any repairs, and what to watch for on the first flight, but do not just accept that the work was done. Ask the questions: What was touched, repaired, or replaced, and what was accomplished?

• Make sure that any discrepancies you discuss with the shop are clear and concise. It’s a good idea to use a discrepancy sheet that is easy to understand. It will help explain the concern to the mechanic, and in turn, help you to understand any corrective action taken by the mechanic. However, you should always ask. If you don’t understand, ask until you do! 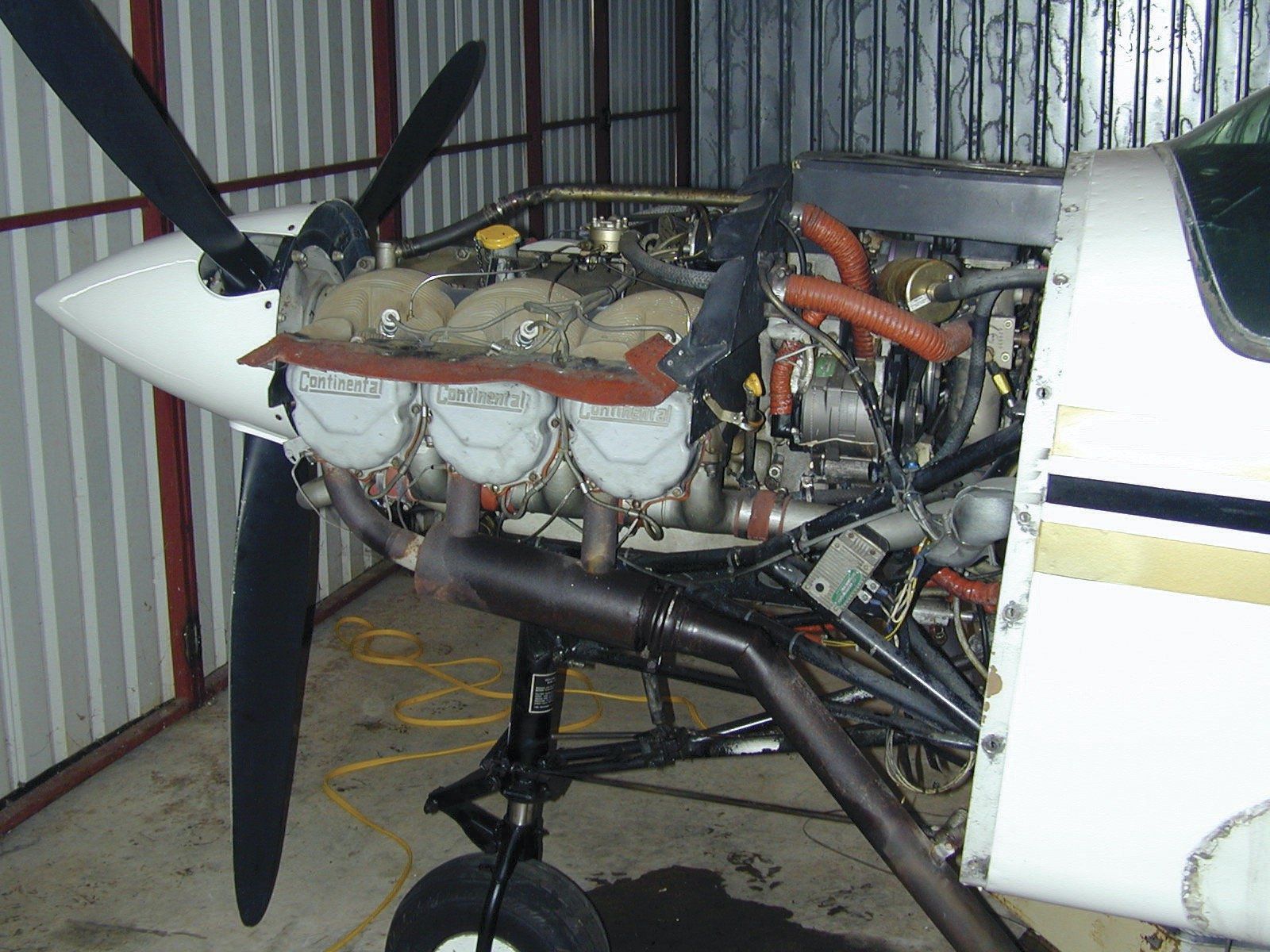 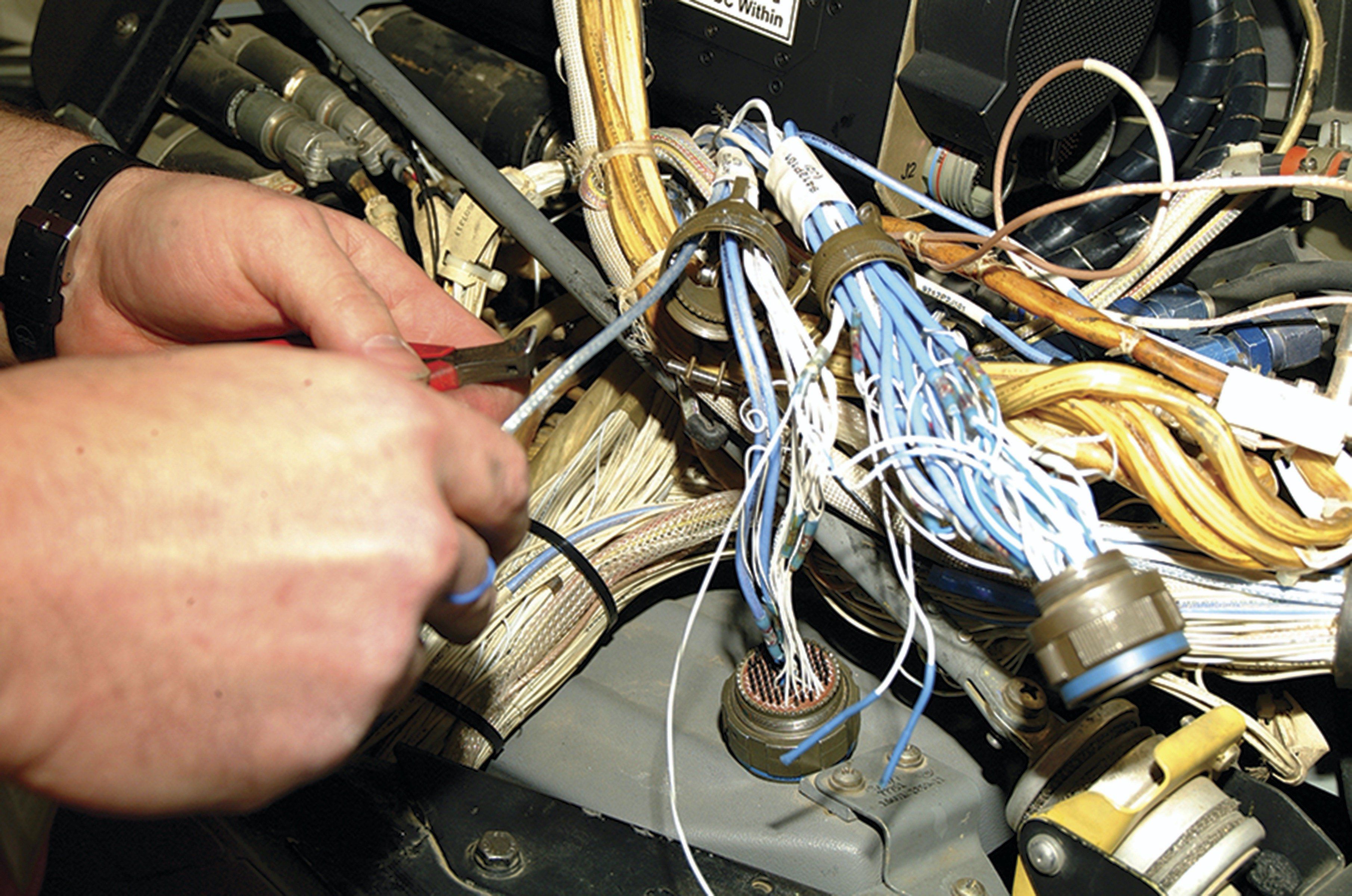 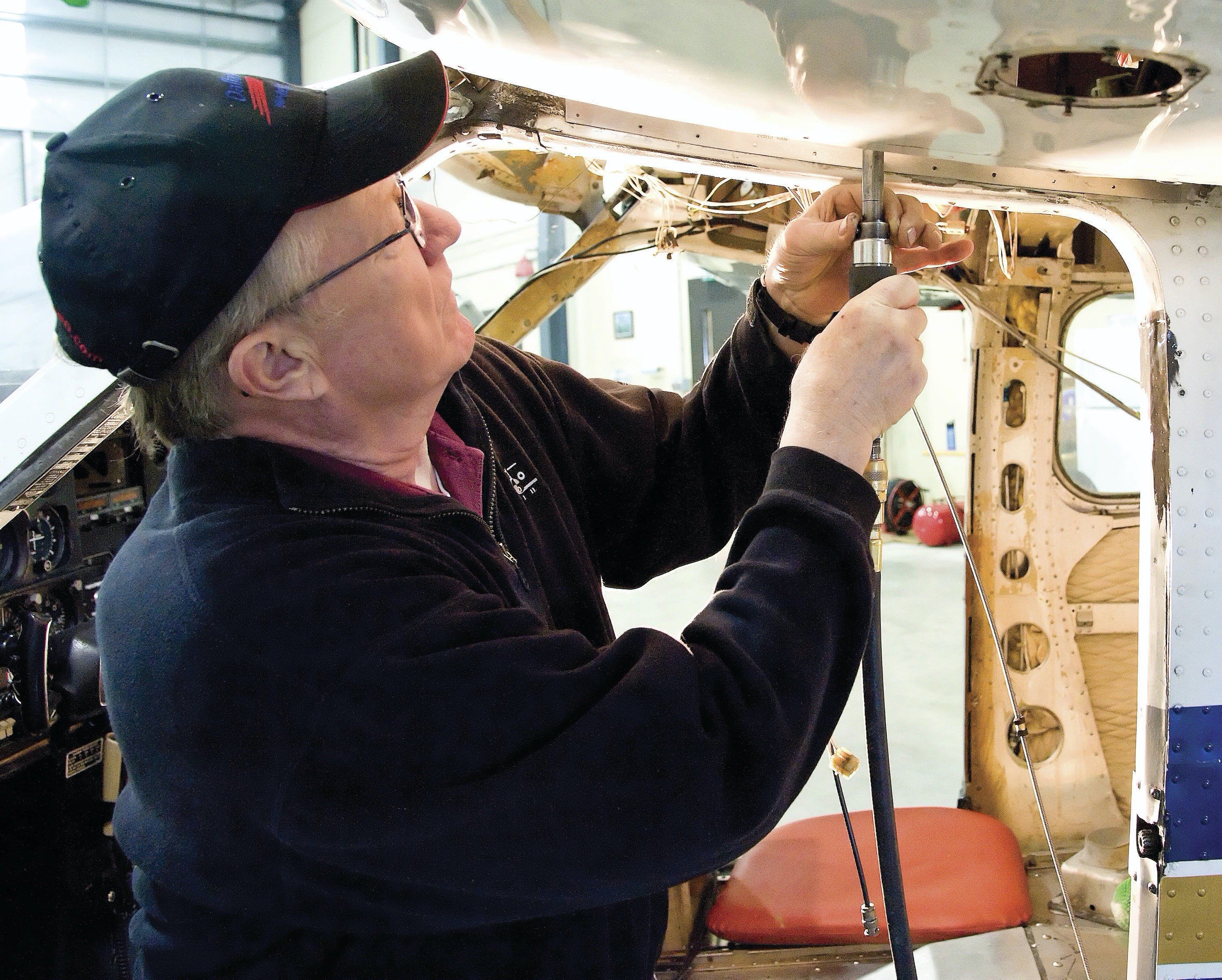