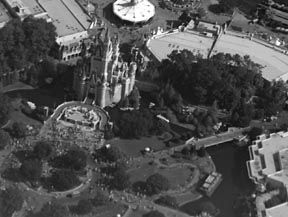 After landing at Camden County Airport in Berlin, N.J., the pilot was surrounded by 30 police officers, all with guns drawn. He got out of his airplane and was told to lay face down on the pavement. He was hauled away in handcuffs. His crime: He failed to learn of a TFR that had been established less than 12 hours earlier.

Two military helicopters were dispatched. An F-16 was scrambled. The pilot apparently flew right over Interstate 95 at an estimated 800 feet while conducting a pipeline patrol. He was questioned by police and Secret Service then sent on his way back to Ohio in his Cessna 172. The irony was that the 3 1/2-hour TFR was due to expire a few minutes later.

The July 24 incident should serve as a sobering reminder of the state of flying in the current environment. If you think that means heightened terrorism warnings, youre wrong. Were talking presidential motorcades here.

Temporary flight restrictions have always been present, but historically served such purposes as protecting airspace so aerial firefighters could do their job or to prevent nosy Cold Warriors from overflying sensitive military installations.

Those restricted spaces were fairly easy to identify, the information was well-disseminated and, face it, submarine bases and weapons depots dont move around much. Launches of space shuttles and other rockets were worthy of TFRs that were both understandable and well-disseminated.

All of that has changed. More recently, Air Defense Identification Zones have been established around Washington, D.C., and New York City. While they add to the workload pilots face both before takeoff and in the air, at least their presence is static.

Perhaps more troubling is the no-fly ring at least 128 miles around that follows President Bush everywhere he goes when he leaves Washington. Add in a full slate of elections in 2004, and Bushs campaign trips will ensure hell be leaving Washington a lot over the next year. In the July incident near Philadelphia, there were two overlapping, contemporaneous TFRs that sliced a section some 80 miles wide through some of the nations busiest airspace.

Even more dramatic, a daylong July visit to Texas resulted in pilots at some 70 airports being forced to remain on the ground.

The merits of TFRs as a security device are not at issue, because they are a fact of life and not likely to go away anytime soon. It falls on pilots, then, to become aware of TFRs – particularly mobile ones – and pay strict attention to where theyre going once airborne.

The problem is that 12 hours has become standard notice for presidential TFRs. Pilots complain that the phone lines at Flight Service Stations are jammed as soon as the TFR is released and stay that way for the duration. Such short-notice restrictions dont necessarily show up on DUATS, either – but thats no defense if you bust the airspace.

These words appear in red letters at the top of the screen during a DUATS briefing: Pilots are reminded that they should not conduct flight in the National Airspace System without first obtaining a thorough preflight briefing. Pilots are reminded that Flight Service Stations are the official source of NOTAM information and should be contacted at 1-800-WX-BRIEF for the latest information.

The End Run
To stay on top of the Notam shell game, multiple sources are a necessity. DUATS is one source, but is often incomplete when it comes to late-breaking restrictions. In addition, although DUATS is an official source of weather information, run by the FAA, and has the ability to file your flight plan, the disclaimer about needing to call FSS could be enough for the dot-your-is crowd to come and eat your lunch.

Better, then, to rely on a general knowledge of where TFRs might pop up, augmented in cases where they apparently are going to pop up.

For that, you need to keep general tabs on the presidents travel plans relative to your own. This isnt easy, as the White House often does not release travel information until late in the game. However, the Aircraft Owners and Pilots Association maintains a Presidential TFRs link at the top of its main page that does a good – albeit unofficial – job of monitoring Bushs travels. It even notes areas in which TFRs are anticipated, but not yet issued.

Whether through political news or the AOPA web site or other sources, if it appears the presidents travels may conflict with your flying, a call to FSS is in order. You say you cant get through? Get a list of the direct phone numbers to the individual Flight Service Stations and call specific stations.

Theyll have ready access to the same Notam, itll count as being official should the F-16s come to call, and you wont have to wait so long. It may not be exactly seamless, since the briefer will have to look it up, but thats what they get paid for.

The Dreaded Overlap
Once you get the text of a TFR, dont stop there. Sometimes the TFR moves throughout the day. A fundraiser at a hotel on one side of town may be followed by a motorcade to a speech on the other side of town. In that case, the TFR moves along with the entourage. Other times, there are multiple adjacent TFRs that are effective at overlapping times. Needless to say, dont stop looking when you find the first one.

Controllers try to help out, too. At many airports, information about the TFR is included on the ATIS tape. While that may not help you if youre already cruising overhead at 10,500 feet, it should provide incentive to listen to ATIS broadcasts at airports ahead of you along your route of flight, time and workload permitting.

Controllers may also helpfully vector you around restricted airspace as well. A dose of caution is prudent here. Although the controller may intend to vector you around, dont assume that the vector youre initially given will avoid the space. The controller may simply be setting you up to clear other traffic and youll need another turn to remain clear. Its not too much of a stretch to imagine yourself forgotten and blundering along into trouble, particularly if youre on VFR flight following, but also on an IFR clearance.

Although radar vectors from a controller while on an IFR flight plan provide a get out of jail free card in many circumstances, the Secret Service isnt bound by the same conventions as FAA enforcement, and you shouldnt count on their generosity in this regard. At the very least, youll be detained while your story is checked out. Likely the hassle factor will extend somewhat further.

How Wide a Berth?
Once you know about a restricted area, how do you stay clear? The accuracy of the fix provided in the Notam may be open to debate, depending on how you locate the fix. A fix based on a VOR radial some miles from the station, for example, may be several miles from the fix defined by GPS coordinates, depending on the equipment involved.

If youre en route, how do you know when youre within 30 miles of a point 14.8 miles from the XYZ VOR on the 051 radial? The simple answer to this is found on your panel.

If you have a GPS – panel or handheld – set a user waypoint to the GPS coordinates given in the Notam. Name it something that will help you identify it quickly. (Political correctness is not required.) Determine where it is on your route and make a note to yourself to watch for it. If your GPS allows display options, make sure you have selected the display user waypoints option. Then, when the waypoint comes up, avoid it.

If you dont have a GPS, or if you simply want to back up the electronic mark with one on paper, plot those same coordinates on a sectional or en route chart. Then, when you draw your course line youll see how close youll be. Mark the 30-mile ring (or whatever it happens to be) prominently. You dont want to be fumbling for a ruler at the last minute or relying on some wild guess if you happen to divert for weather, traffic or other reasons.

Once you have the spot, be conservative in your approach to it. Dont just steer clear; steer well clear unless you have some compelling reason to do otherwise. A dogleg may add a few minutes to the flight, but an F-16 will add a lot more than that.

That goes double if youre relying on the published VOR-related fix. As you get farther from the station, the VOR gets progressively less accurate. In addition, if you have not conducted a VOR check recently your receivers and course deviation indicators are of uncertain accuracy.

Put the two together and you may decide the fix at the center of the TFR is several miles from where everyone else thinks it is.

We conducted flight testing in which we set the GPS coordinates for one TFR – the Disney TFR near Orlando described on page 5 – in one GPS receiver and the VOR radial and distance in another GPS receiver. Although this presumably would prevent VOR-related inaccuracies from coming into play, we still found that the two receivers identified points nearly a mile apart. They were even farther apart when the VOR fix was determined by a VOR receiver.

Therefore, if youre only equipped with VOR, be very cautious about getting close. If possible, enlist the help of someone with radar to ensure you stay clear.

For better or worse, TFRs are a fact of life for the foreseeable future. Although AOPA insists there must be a better way to disseminate the information, it remains a fact that the president can go wherever he wants whenever he wants. If youre in the air and he decides to take in the same ballgame youre headed to, well thats just too bad for you.

Get your briefing using your real tail number. Take notes on it. If you use DUATS, print the FDC Notams page and look carefully for restrictions that might affect your route. Some flight planning web sites have clear-language interpretations that remove the bureaucratese and make it clear that youre to avoid a particular spot at a particular time.

Other TFRs pop up, of course, but none is pursued with the vigor and resources – nor comes with the publicity – of the presidential flight restrictions. Follow these suggestions, and the ordinary TFRs will be childs play.

Diligent preflight planning has never been more critical. That huge bubble of pilots engaging on local flights or training mission who up to this point got their weather briefing by looking up may want to reconsider that strategy.Unless, of course, you want to fly formation with a National Guard pilot.