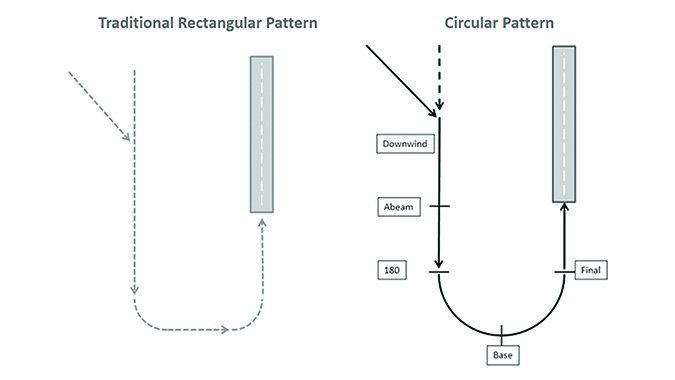 In the aftermath of its investigations into recent midair collisions the National Transportation Safety Board (NTSB) in November released guidance for pilots stressing “the inherent limitations” of the long-standing see-and-avoid practice and urging adoption of technological solutions. The NTSB’s guidance is found in Safety Alert SA-058, Prevent Midair Collisions: Don’t Depend on Vision Alone. The Safety Alert is available to download in the PDF file format for free.

The NTSB’s Safety Alert on midair collisions was developed as the Board investigated two recent accidents. One, involving a U.S. Air Force F-16 and a Cessna 150, occurred near Monck’s Corner, S.C., on July 5, 2015. Both aboard the Cessna died while the F-16 pilot safely ejected after the collision. Both aircraft were destroyed.

The other midair occurred on August 15, 2015, when a Cessna 172 and an experimental North American Rockwell NA265-60SC Sabreliner collided near Brown Field Municipal Airport, San Diego, Calif. Both aircraft involved in this accident also were destroyed. The solo Cessna pilot and all four aboard the Sabreliner were killed. Because of its experimental status, the Sabreliner was not required to carry collision-avoidance equipment common aboard other jet aircraft.

The Board also drew upon its investigation into other midair collisions to develop the underlying recommendations in its recent Safety Alert. Those accidents included the collision between a Beechcraft V35B Bonanza and a Piper PA-28-140 Cherokee 140 near Warrenton, Va., on May 28, 2012, and a midair involving a Piper PA-32R-300 and a Eurocopter AS350BA near Hoboken, N.J., on August 8, 2009.

In both the San Diego and South Carolina accidents, the NTSB faulted controllers. In the San Diego midair, the NTSB said a local controller “failed to properly identify the aircraft in the pattern and to ensure that the control instructions were being followed before turning the Sabreliner into the Cessna’s path.” In its investigation of the South Carolina accident, the NTSB said the controller “failed to provide an appropriate resolution to the conflict between the F-16 and the Cessna.”

Despite the NTSB’s desire to see more anti-collision technology in GA cockpits, it’s important to note see-and-avoid is not dead, either as a concept or as a successful collision-avoidance strategy (see page 2 of this issue). Also not dead is the availability of VFR flight-following services from ATC, which include traffic identification and, if requested, suggested vectors to avoid potential conflicts. Curious about the NTSB Safety Alert’s overwhelming emphasis on technology as a means to avoid midair collisions and no mention of VFR flight following, we asked the Board why the Safety Alert omits any reference to obtaining such services from ATC as another method of preventing midair collisions.

The NTSB’s Peter Knudson responded, “The purpose of the safety alert is to draw attention to one, relatively new, strategy of midair collision avoidance, but is not an all-encompassing digest of prevention strategies. Certainly, flight following, use of CTAF, use of conventional transponders, etc. are all other methods, among others, that can assist. Many of these strategies are discussed in the FAA advisory circular (AC 90-48D) linked in the more information section of the document.”

Curved Patterns Instead Of Rectangles?

As part of the industry’s ongoing efforts to reduce and prevent loss-of-control accidents, the AOPA Air Safety Institute (AOPA ASI) and the University of North Dakota (UND) are researching whether replacing rectangular traffic patterns with curved or oval-shaped ones may help. The ongoing effort is a result of a related meeting of AOPA ASI, UND and NTSB officials at which the idea was formulated.

According to AOPA, “The hypothesis to be studied is that in contrast with a rectangular pattern, a continuous turn from downwind to final may provide for increased stability, reduced pilot workload, and a constant bank angle throughout the maneuver, helping pilots better manage angle-of-attack variances. Additionally, the use of a continuous turning approach has the potential to reduce the likelihood of overshooting a runway during base-to-final turns, a scenario that has resulted in multiple stall/spin accidents due to aggressive corrective maneuvering. Depending on the results of the study, this procedure may serve as a mitigating technique to reduce the likelihood of loss-of-control accidents during the landing phase of flight.”

According to the association, George Perry, senior vice president of AOPA ASI, said, “It’s too early to say for sure if the continuous turn to final method will be a safer, more stabilized way to land. But what we do know is general aviation has been flying the rectangular pattern for decades, and based on substantial loss-of-control accident data in the landing pattern, we believe it’s time to conduct research to determine if there is a potentially safer alternative.”

The AOPA quoted UND’s Lewis Archer as saying, “Variables that will be analyzed include bank angle, airspeed and runway overshoot.”