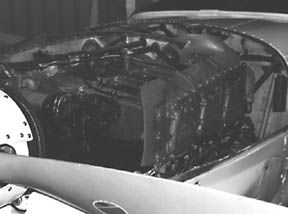 Even the best aviation texts contain only a small fraction of the wisdom general aviation has accumulated in the last hundred years. More gets passed on through books and magazines, but nothing quite succeeds in spreading the word like, well, the word.

Hangar talk can be a great source of data, information and wisdom. It can also be a font of mistakes, misinformation and old wives tales. Instructors are not immune, nor are pilots with fat logbooks. In fact, one need look no further than Ernest Ganns celebrated book Fate is the Hunter to find the thoroughly discredited notion of cruising on the step presented as simple fact.

Aviation is a complicated business, and the old wives tales seem to stem, not from ignorance, but from an attempt to create a sound byte that applies to a broad range of circumstances. Over time and retellings, the limitations are removed, leaving only a core half-truth where once there was knowledge.

One instructor refused to do stalls with me when I was checking out in a Mooney 201 I had just bought. His advice: Stay away from stalls and youll have no problem with this airplane.

From that advice – and given that he had several hundred hours instructing in Mooneys – I concluded that the efficient Mooney wing must turn the airplane into a demon when the laminar flow broke down. The doom and destruction I envisioned would run counter to any kind of certification requirement, but still that personal message stuck.

Fast forward two years. I was participating in a Wings Weekend program when I met an instructor who owned a Mooney. He was shocked at the warning Id received. The first thing were gonna do, he snarled, is a whole bunch of stalls. End of misconception.

Old wives tales are like that – misconceptions that seem to take on a life of their own.

Shock cooling
One of the grand-daddies is the notion that reducing power and descending at high speed will cause your cylinder heads to crack like an ice cube dropped into a steaming Irish coffee. Although the concept makes sense in a limited way, engine monitoring shows that cylinder head temperatures dont drop all that rapidly in these circumstances.

In fact, cylinder head temperatures change much more rapidly upon initial power application during takeoff and when the airplane flies through rain.

The Lycoming service information and the companys engine operating instructions get to the heart of the tale. Engine problems associated with descent can be brought on by improper engine operation, but those elements fall outside the realm of what most people term shock cooling.

In the old wives tale version, reducing power more than 1 inch of manifold pressure per minute and descending more than 500 fpm is setting yourself up for trouble. However, the real problems come when you enrich the mixture on the way down.

Excess fuel is prized during hot weather climbs for its role in cooling the engine. On the descent, going to a rich mixture prematurely is asking for uneven cooling and poor combustion. At the reduced power involved with descents, running very lean cant hurt the engine. Wait to enrich the mixture until leveling off and setting a new cruise power. If the descent is particularly steep, involving vertical speeds of 1,000 fpm or more or an airspeed in excess of normal cruising speed, you might want to lean the mixture even more upon starting down.

Engines are made up of a variety of different alloys, and each one expands and contracts at a different rate. Engine wear associated with too-rapid descents generally comes from the cylinder cooling and shrinking around the still-hot piston. While this scenario means engine wear, its not the sudden shock invoked by the old wives tale.

Again, the reality exists in some form but is overstated by the common wisdom.

Oversquare ops
Running an engine oversquare means holding a higher manifold pressure in inches of mercury than rpm in hundreds – for example, a cruise power of 25 inches and 2,300 rpm – in airplanes with constant speed propellers. A squared power setting would be 24 inches and 2,400 rpm (called 24 squared).

This may be a relic of the age of radial engines, which were vulnerable to bearing wear at high power settings. The flat Lycoming and Continentals are not radials, however, and use entirely different alloys and lubricants than those round-engined beasts of yore.

Taken to extreme, oversquare operations can be harmful, in much the same way that running a car with a manual transmission at slow speed up a hill in fourth gear can be harmful.

For a clear indication that oversquare cant be all bad, take a quick look at the power settings of virtually any turbocharged engine, where manifold pressures of 30 inches and propeller speeds of 2,400 rpm are well within acceptable cruise configuration parameters.

Part of the oversquare misinformation may originate from flight instructors who are trying to streamline the information dump being given to students transitioning to complex aircraft. Instead of outlining the myriad of power setting possibilities, they fall back on three all-purpose settings: full power for takeoff, some intermediate cruise power such as 24 squared, and an approach setting that allows for a 90-knot instrument approach.

By tacitly endorsing these as efficient, rather than just easy to learn, they set the transitioning pilot up for less-than-optimal operations and a misunderstanding of the airplanes limitations.

Brand M (or G) is hard to land
The notion that Mooneys (or Grummans) are hard to land goes back nearly to their introduction as speedy, efficient airplanes. Because they attracted pilots moving up from simpler and slower airplanes, they quickly developed a reputation for being hard to land.

The genesis of this notion may have been the fact that, being aerodynamically efficient, they dont slow down from cruise speed to approach speed or from approach speed to landing speed as readily as the bulkier fixed-gear airplanes the pilots were used to flying.

The pilots would routinely bring it in fast, then try to plant it on the runway when they started to worry about the float. Springy landing gear then popped the airplane back into the air, where the pilots would struggle with power and attitude to rein in the bounces.

The truth then, was that the airplanes cleaned up by the late great Roy LoPrestis aerodynamic magic could be hard to land if you didnt pay attention to airspeed coming down final. But of course thats too long for the evening news, so it just got shortened to the fact that these airplanes are hard to land.

In the case of Mooneys, the reputation is further sullied by the fact that the landing gear is short and the airplanes glide ratio is fairly high. That means the airplane spends slightly longer in ground effect as it settles to the runway. Another endorsement for the merits of speed control – and another potential source of error for the pilot who gets nervous about the amount of runway the airplane is using.

Twins are safer than singles
With two engines (and therefore usually two vacuum pumps and two alternators), its only logical that twins have a built-in safety margin.

Like all old wives tales, this has a germ of truth, but the reality is far more complicated.

While it may be true that, in cruise flight, a twin has an advantage over a single if an engine fails, there are many other dynamics at play. First, twins tend to be flown on different kinds of missions than singles. The kinds of owners who choose twins are different. Takeoff and landing speeds are significantly higher in twins because of the need to have aerodynamic control authority in the case of an engine failure.

Looking at accident trends for singles as compared to twins shows a couple of differences. First, singles tend to be involved in runway loss of control accidents more than twins. Pilot error accidents in general tend to be a greater percentage of accidents in singles than in twins.

Twins tend to have a higher percentage of accidents with mechanical causes, due in part to the higher mechanical complexity – more things to break – and also because some owners are caught by surprise by the much higher maintenance bills of twins, and therefore they cut corners where possible. Twins also have a relatively higher percentage of accidents attributed to weather encounters.

But lost in the comparison of accident rates are the numbers of flights in twins that would have been accidents had the airplane had only one engine. With two, the pilot is able to secure the powerplant with a problem and continue to an airport rather than making an off-airport landing.

While an argument can be made for singles (no Vmc rollovers, not as much recurrent training required, less to break) or for twins (systems redundancy, more power/performance), the perceived safety of twins may have less to do with the airplane than with the pilots.

Because twins are more demanding to fly, they are generally piloted by people with more experience. Insurance companies require more training. They are less likely to be flown by occasional weekend pilots than by pilots who fly often.

While tales such as these are spread by well-meaning friends, its important to note that there are few absolutes that apply to aviation, with the possible exception that if man were meant to fly, wed all have more money.