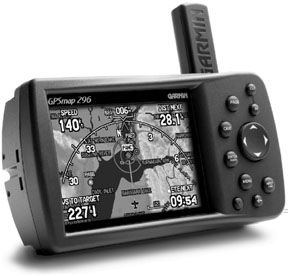 Three decades ago, the airlines had a vexing problem and it looked like it was about to get worse. Well-trained pilots were flying perfectly good airplanes into the ground alarmingly often. As the industry expanded, the number of so-called controlled flight into terrain accidents was expected to increase exponentially. The solution proved two-fold: better training and a technological fix called ground proximity warning system or gipwhiz.

GPWS proved effective and that begat improved technology called E-GPWS or enhanced ground prox and eventually TAWS for terrain awareness and warning system. While GPWS wasnt a player for light aircraft because of size, cost and weight, TAWS certainly is, or will be. Nonetheless, legal TAWS is still out of the range of most light aircraft owners and Garmin recently introduced a solution to that problem in the form of the GPSMap 296, an advanced capability portable. Its not TAWs capable but it comes close and it has what we see as significant safety benefits for pilots, provided its not misused.

Color Terrain
Garmin has steadily evolved the sophistication of portable GPS navigators, the latest crowning achievement being the GPSMap 296, which sells discounted for $1,695. The 296 builds on the capability of the 196, which appeared on the market two years ago and wowed buyers with its superfast processor and a clever flight instrument page that mimicked basic aircraft instruments showing speed, heading, altitude and bank angle purely through GPS derived position in space. The 296 has that feature, too, but it adds a razor sharp color screen and other features.

The 296s most impressive feature, however, is its terrain sniffing capability. Garmin has recently invested major R&D in its G1000 primary flight display, which will include legal TAWs capability. The G1000 system is just finding its way to market now, with TAWs installations on the way for the GNS430 and GNS530 navigators.

Interestingly, the 296 contains some of the same software developed for the higher priced boxes and a fair amount of the same functionality. It would me a mistake to equate the uncertified 296 with full-up TAWs, but its safety benefits are undeniable.

To understand the GPSMap 296s capability, it helps to know what TAW actually is. There are two two classes of TAWS, Class A and Class B. Class A can be thought of as the higher-priced spread. Its required to present terrain on a display system and provide indication of ground collision, excessive descent rates, negative climb after takeoff and a voice callout when nearby terrain is threatening. Class B is similar but doesnt require the display. It does, however, alert to imminent ground contact requires the voice callouts. Neither version of TAWs can be turned off except by pulling the breaker; if its installed, its operating.

How It Works
Drawing heavily from TAWs protocol, the GPSMap 296 works a lot like the more expensive systems. It has a look ahead function which, using purely GPS position and altitude, examines its onboard terrain database for potential hazards. The 296 actually draws from two separate databases, a terrain map and a database of known obstacles from FAA surveys and other sources.

Unlike TAWs, the GPSMap 296 allows the pilot to switch the terrain function on and off and to set terrain warning parameters.

For instance, you can set the terrain alerting level by altitude/elevation/time from an obstacle or turn it off entirely, something you cant do with TAWS unless you yank the breaker. As with a TAWS box, the 296 can be set-up to pop up a terrain/obstacle warning when, based on current course and altitude, it calculates that the current flight path will come too close to terrain, towers or other obstacles. Its up to the user to decide what too close means, vertically at least. This limits screen clutter and/or nuisance alerts that would make the device less useful.

In our trials of this GPS unit, we found that its database is quite detailed and accurate. For example, in flying a route in central Florida, we skewed the 296s cursor to an obstacle shown on the map change. The screen immediately displayed the azimuth and distance to the obstacle-a large field of television towers-and it provided the MSL and AGL altitude of each tower. (These agreed with information we had on a current sections.

The 296 has a terrain-only page, a general navigation page and the aforementioned flight instrument page, among others. Obstacles appear on the terrain page, of course, while the general navigation page has surface and cultural detail depicted in colors vaguely similar to a sectional. We found the color to be somewhat subdued during the day but bright and vibrant at night. (The screen cab be dimmed down to reduce glare nuisance.)

Alerts
Depending on how the navigator is set-up, it will show pop-up alerts when terrain or obstacles threaten. The inset in the photo above shows an example. Terrain is color coded and specific threats are represented by red Xs. While enroute, the screen will pop-up threats such as towers or high terrain and they come into view.

Like TAWs, the GPS 296 will alert when it detects an excessive descent rate. This appears as a banner across the bottom of the page. It does not, however, alert on negative climb after takeoff. (Not that were complaining, mind you.) We tested the GPS 296 by pointing it at towers in the vicinity of the airport and the navigator dutifully warned of the threat in plenty of time to avoid it. We were impressed.

But is it reliable enough to be a true safety enhancer in the cockpit? Based on a few hours of testing, we cant say with assurance but we have no reason to believe it has software glitches or database faults that might cause to miss an obstacle. On the other hand we think owners should-and Garmin advises-that the 296 be reserved strictly as an advisory safety adjunct. It would be foolhardy to use it for nap-of-the-earth navigation on a rainy night in the mountains. If used correctly, however, we have little doubt that this thing will be pulling off some impressive saves.

Worth a last mention is the flight instrument page. This has been ported into the 296 from the 196 essentially without change, although its now in color and more readable than on the monochrome GPS 196. Our sister magazine, Aviation Consumer, conducted extensive experiments with the flight instrument page and found that it was more than capable of providing accurate instrument indications in a partial panel situation. And the fact that the GPS 296 contains approaches means that this navigator can keep you upright, help you avoid terrain and find the way home. Frankly, thats impressive for a portable and, we think, well worth the investment.