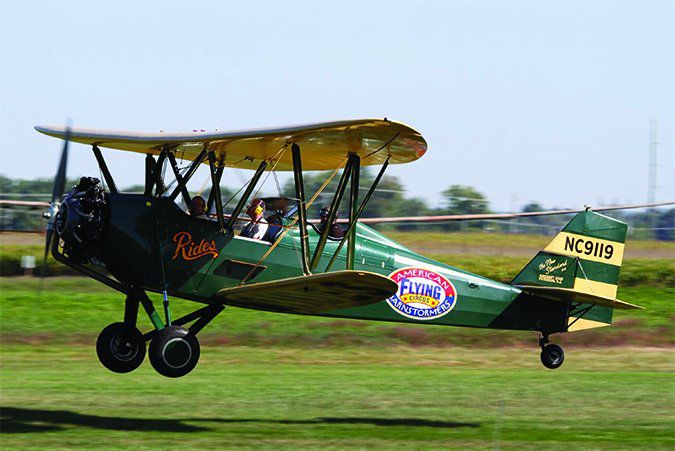 I’ve amended the details a bit to preserve anonymity. The pilot and his family came to grief on a flight that was forecast to be VFR. There was a slow-moving warm front approaching, but it appeared the 150-nm trip could be completed before conditions worsened. Friends of the pilot indicated he had intended to launch at 10:00 a.m., but a combination of delays getting out of the house and discovering some luggage had been forgotten—necessitating a 90-minute round trip—and lunch meant they didn’t get airborne in the 180-hp, four-place single until 2:30 pm.

Post-accident investigation indicated the warm front started moving faster and the weather deteriorated sooner than forecast. The airplane’s radar target went directly toward the destination for about 110 miles, and descended to only about 800 feet agl. The track then turned into the afternoon sun and haze toward an airport only seven miles away. About two minutes later, the airplane turned left and descended below radar coverage. Impact with the ground—in a steep left turn, at high speed—was a half-mile from where radar contact was lost. The probable cause was continued flight into IMC and loss of control due to spatial disorientation.

What struck me is that I happen to know the area where the accident occurred. It’s almost-level farmland with large corn, soybean and hay fields. Thinking of the area, I tried to imagine the feeling of the pilot, watching the ceiling come down and the visibility drop. He descended, probably hoping to stay under the ceiling for the remainder of the trip; after all, he was two-thirds of the way there. I suspect he punched the “nearest airport” button on his GPS a few times; then as things got worse, made the decision to divert.

It had to have been a tough decision to make, especially with family on board. The psychological pressure to be the “man of the family” and complete the flight successfully must have been tremendous. He started for the nearest airport, perhaps not thinking entirely coherently with the noise of the airplane drumming in his ears, the unfamiliar low altitude and lack of visual references. He made the mistake of turning toward worsening weather and into serious haze, further reducing visibility as he was forced to look into the sun.

He lost control and took his family into the statistics, causing untold heartache for many people. Along the way, he convinced others that little airplanes are a menace.

Yet, in those last 15 minutes of his life, as he was recognizing that things were going sour, he flew over scores of farm fields upon which he could have safely landed. Somehow I doubt the idea even entered his mind.

For the last 50 years, the precautionary, off-airport landing has rarely been taught. Pilots who have a mechanical or weather problem are trained to go to the nearest airport and only attempt to land “out” (as glider pilots say) when the engine actually quits. Pilots who have found themselves very low on fuel have pressed on, hoping to make it to an airport, then listened the big silence up front due to fuel exhaustion and been injured or killed when they had to make an off-airport landing in a place they hadn’t selected, without power.

How many pilots have died because no one taught them that when things are bad, landing in a decent farm field can make the difference between being dead and merely inconvenienced?

The Courage To Stop

When it comes down to the real thing, the pilot has to have the courage to make the decision that continued flight involves too much risk given the fact that there are decent places to land safely. Once we’ve gotten low, in bad visibility, we are down where there are a heck of a lot of towers. We know that scud-running has become so dangerous as to be a last-ditch ploy a pilot tries when out of options, often just before dying. So, we get smart. We spot a field that may be acceptable. The diagram above depicts a circling approach to a precautionary landing area, which may be preferable due to terrain, weather or other considerations. If not and obstructions allowing, we’ll set up a normal, left-hand pattern (because that’s what we’re used to) at whatever altitude we can, given ceiling and visibility. We’ll fly a downwind, base and then a pass over the field to look it over. We’ll stay about 100 feet up, just right of center so we can see the area where we want to land. We’ll carry a third to half flaps; at VY plus about 10-20 knots and the airplane trimmed for level flight so we can divert our attention to the outside world without losing control. We’re looking for the right place to touch down, the best area for rollout and for any obstructions.

Then we’ll climb back to our pattern altitude and turn downwind. On downwind, we’ll double-check to make sure the cabin is secure, that there are no loose items to become projectiles and that everyone is well strapped-in with something to put in front of their face on touchdown. We’ll pop open the doors so there won’t be a delay in getting out, unless we’re in an airplane that flies poorly with the cabin door open slightly (and we should know that already, right?).

Turning base and final, we watch for obstructions. We know we probably will not be able to see power lines, so we look for the poles. To assure we will clear the wires, we assume they run straight between the tops of the poles. If we find ourselves in the position where we have to go under wires, the technique is to look at the ground, not at the wires. If we look up at the wires, we are likely to snag the fence under them at flying speed, bounce off the ground, or catch the wire with the vertical stabilizer.

We’ll touch down as slowly as we can, with a tiny bit of power as needed to really get the nose up with all of the flaps. Once on the ground, the power goes to idle, the mixture is pulled to idle cutoff and the master is turned off while the pitch control is held full aft. When the nosewheel touches down, we’ll get on the brakes firmly, but avoid sliding the tires. If the airplane flips now, it will be a slow-motion sort of affair. Should it happen, put your hand on the ceiling to help keep from bumping your head and be careful releasing the seatbelt after everything stops. You are wearing the shoulder harnesses, right?

Once the airplane stops, make sure everything is turned off and take inventory of people and the situation. Shut off the mags and check that the master is off, then open the doors and let yourselves out.

After landing, you will probably get to meet the landowner. Be polite and respectful. If you’ve done any damage to the crop, plan on paying for it.

You may be able to fly the airplane out once you’ve gotten fuel or the weather improves. That’s a decision you have to make based on available information and the conditions you are facing. I strongly suggest you make it in conjunction with someone who has experience with such things.

Assuming you do not do enough damage to the airplane or your passengers to cause the landing to fall under the definition of an accident in the NTSB regulations, there is no requirement to report your landing to the FAA or NTSB. There may be those who are quiveringly anxious to do that for you—including perhaps the landowner, emergency responders, local law enforcement or the media—but unless there is an accident as defined by the NTSB, there is no federal reporting requirement.

A word about roads and streets: Their value as precautionary landing sites varies. Because they are paved, they seem attractive. The problem is they usually are narrower than the airplane’s wing span, have power poles and utility lines crossing over or along the side, and generally have things such as mail boxes and signs that are just waiting to grab a wingtip and jerk the airplane into a ditch. And then there are moving obstacles like cars and trucks, or even pedestrians. Don’t make a bad situation worse by endangering others—pick the best open area and land on it.

There is a chance you’ll get to talk to the FAA and you even may be the subject of an enforcement action. So what? The very good thing is that you’ll have some time to consider how to respond. Keep thinking about that phrase—you’ll have some time—because just before you made that successful precautionary landing, you were looking at an extremely short life expectancy. Now, because you were smart, you do have time, a future—a new life, so to speak. So you can deal with those who desire to be negative about the whole thing in a calm, considered manner. Calm and considered was pretty foreign to you when things were going badly. Now you have the luxury of time.

You’ve got to be alive to get in trouble. Isn’t that a good feeling?

Rick Durden is a practicing aviation attorney and type-rated, 7100-plus-hour ATP/CFI who lands pretty much wherever he wants.