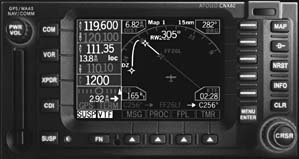 Everyone knew it was coming, but the oft-delayed entry of the wide area augmentation system into the world of GPS is still somewhat startling in its potential.

At the very least, WAAS promises more reliable and more accurate GPS coverage than ever before. GPS is working properly about 95 percent of the time, but WAAS engineers have set the reliability bar at 99.999 percent reliability by the end of 2006. Step up your expectations a notch and youll get better instrument approaches into far more airports than is currently possible. Dream long enough and youll see datalinked freeflight followed by precision approaches into just about everywhere.

The FAA and airport operators will be happy because these improvements come with no additional maintenance of ground-based navigation equipment, except for a couple dozen buildings scattered across the country that process information. The hardware limitations for low approach minima become such things as runway lights and cell phone towers.

If this Jetsons scenario sounds too good to be true, well, it is. At least for now. But WAAS does represent a solid step forward in the fundamental shift from ground-based navaids to satellites. WAAS receivers, in fact, render obsolete the need to carry a working VOR or ADF for IFR flight. So far, of the two WAAS boxes out there, the Garmin AT (formerly UPSAT) CNX80 has an integrated VOR while Chelton Flight Systems uses a GPS/WAAS receiver from FreeFlight Systems to drive its Highway in the Sky EFIS.

Dont scrap your KX-155s yet, though. Although the FAAs long-term plan is to decommission VOR and ILS where feasible, that wont happen for more than a decade even under the most optimistic of schedules.

WAAS essentially corrects the broadcast GPS signal for errors introduced by atmospheric conditions and other factors. WAAS approaches are fundamentally different from VOR and ILS approaches in that, because the signal is coming from space, the approach does not rely on the aircraft following a beam transmitted from the ground.

The augmented signal is also more tolerant of GPS faults. Because the WAAS signal is corrected for errors – and the WAAS geostationary satellites signal acts as another GPS satellite – the receiver is able to spot a bad GPS signal and reject its information.

These new capabilities mean approach courses can curve or dogleg around terrain or other obstructions. They also mean there can be multiple approaches to the same runway and complex departures around noise-sensitive areas, factors the FAA is counting on to increase the capacity of airports without pouring more concrete.

However, that doesnt mean that every airport will eventually get ILS-like capability. Some will never meet TERPS criteria because of obstructions somewhere in the approach or departure corridors. Others will be unable meet other requirements for precision approaches, such as parallel taxiways, lighting or runway markings.

To understand WAAS, you need to realize that all WAAS courses are not created equal. There are different levels of accuracy, each of which is assigned to its own operational class: LNAV/VNAV, LPV or Category 1.

Class Warfare
The least precise is LNAV/VNAV, but precision is in the eye of the beholder here. It is in many respects similar to current IFR GPS standards, although the signal has more reliability and there is vertical guidance along an electronic glidepath. LNAV/VNAV approaches typically have minimums of about 400 feet agl.

These types of approaches can be flown with barometric vertical navigation, or so-called baro-VNAV, but WAAS receivers will be able to fly them without the potential for errors that can be introduced by barometric altimetry, such as cold temperature effects, incorrect altimeter setting or missing local altimeter source.

The LNAV/VNAV category of operations includes a protected space 556 meters on either side of the defined course and 50 meters above and below.

Upping the ante a bit is Localizer Precision with Vertical Guidance, otherwise known as LPV. This category takes the improved lateral precision provided by WAAS and combines it with an electronic glidepath. The result is accuracy that comes close to current precision approaches.

The lateral limits shrink to 40 meters on either side of the selected course; the vertical guidance remains 50 meters.

The FAA applies the same TERPS criteria it uses in developing ILS approaches, but because the vertical uncertainty is a bit larger than with an ILS, the result is an approach that has decision altitudes as low as 250 feet agl, with visibilities as low as a half mile.

Category 1 precision approaches, sometimes called GLS for GPS Landing System, are a long-term plan. They will require another aviation GPS frequency to be added to the GPS constellation. The protected area for these approaches will be a scant 40 meters horizontally and 12 meters vertically – about four times the size of a light twin.

The FAA has already developed more than 500 WAAS approach procedures, all of the non-precision LNAV/VNAV type. It plans to publish 300 new LNAV/VNAV approaches per year, and within a few months will start publishing LPV approaches. GLS approaches are at least a decade away.

Flying With WAAS
WAAS was designed to augment and monitor GPS in such a way that aircraft will not need other radio navigation equipment. Whether that means well see WAAS-only airplanes flying IFR anytime soon is another matter, however. In the event of a WAAS failure, the equipment reverts to GPS-only operation, which means legally a VOR or ADF would be required for instrument flight.

Flying with WAAS is, in many respects, like flying an IFR GPS, since thats what its based on. However, when an approach is selected, the receiver will notify the pilot of the most accurate level of service supported, given the combination of WAAS signal, the receiver and the available approach courses.

For example, if you are flying an approach published with both LNAV/VNAV and LPV minima, yet your receiver is only certified for LNAV/VNAV, the receiver will tell you not to use the LPV minima, even if the signal is adequate for LPV.

When beginning an approach, pilots will also notice that both lateral and vertical scaling are somewhat different from what they may be used to.

Basic GPS approaches display linear scaling, while ILS and VOR provide angular scaling. In either type of current WAAS approaches, the full procedure is flown with +/-1 nm until two miles prior to the final approach fix. At that point, scaling switches to angular scaling similar to an ILS. Close to the runway threshold, however, scaling reverts to linear instead of continuing to get more sensitive.

If you get vectors to final, however, the scaling remains linear at +/-1 nm until the aircraft reaches a point where the angular splay of an ILS signal reaches 1 nm, then it switches to angular scaling, regardless of the position of the final approach fix.

The width of the final approach course is tailored such that it is a standardized 350 feet wide at the runway, rather than dependent on runway width, as an ILS is.

Those abrupt changes help keep obstacles that are close to the airport from intruding on the protected space, which helps keep the descent minimums as low as possible.

On the missed approach, LNAV/VNAV and LPV approaches do not have missed approach waypoints. Instead, the unit will display an along track distance that reaches zero at the centerline of the runway threshold. You go missed when you reach decision height without the runway environment in sight.

Operating Considerations
The ramifications of flying the WAAS are broader than the mechanics of operating the box. Because of the changes in the airspace system WAAS enables, air traffic control procedures will also evolve.

That only makes sense, because the system will substantially improve instrument approach capabilities to a broad range of airports. Therefore, fewer airplanes will be missing approaches during poor weather. For example, 400-foot ceilings at airports now served only by VOR or NDB approaches mean most pilots must go elsewhere. Put in a 250-foot minimum on an LPV approach, however, and that airport is open for business.

That means periods of poor weather will allow ATC to spread the load around to more airports, lessening congestion at big airports, on the one hand, but possibly leaving you stuck in the boonies as well.

WAAS approaches are published as RNAV (GPS) approaches, rather than having their own headings on the plates. Youll spot the WAAS reference in the minimums section, where it will specify minimums for LNAV/VNAV or LPV.

The electronic glidepath will also make itself felt in other ways. Stepdown fixes and that dive to mins typical of non-precision approaches will be unnecessary, allowing pilots to fly stabilized approaches.

Also keep in mind that, because the vertical component of the signal is the most problematic, alternates must be selected based on the higher ceiling of the LNAV only approach, even if lower approaches are published.

WAAS will allow the FAA to decommission aging ground-based equipment. The FAA expects to remove 500 of the existing 1,000 VORs between 2010 and 2014, according to the agencys August 2002 transition plan.

Furthermore, LPV approaches will enable the FAA to start decommissioning Category I ILS approaches, of which there are about 600, starting as early as 2010.

At what point it makes sense to jump into the market for a WAAS box depends on a number of factors. Rapid advancements in technology mean tomorrows receivers will be cheaper, more powerful and carry better displays.

In addition, the FAAs schedule for decommissioning ground-based navaids has slipped many times, and is likely to slip again. If aircraft owners are slow to jump on the WAAS train, the FAA will have a tough battle with owners who object to throwing away thousands of dollars worth of government-mandated purchases just to spend thousands of dollars on government-mandated purchases.

On the other hand, early adopters will get much of the freedom and flexibility of tomorrows flight in a package that already compares favorably to the best avionics general aviation has to offer. 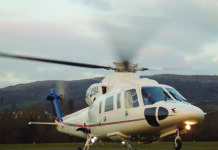 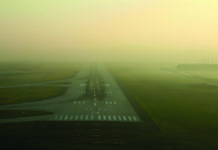 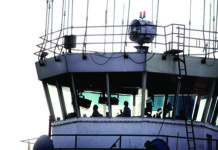 SVFR – What The FARS Say