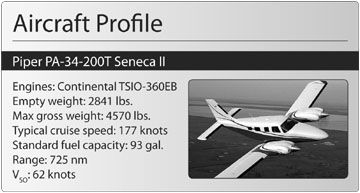 Pilots are a curious bunch. Arguably the result of concentrated, lengthy training in everything from reading and understanding aviation regulations, manipulating an aircrafts controls, and obtaining and understanding weather reports and forecasts, we still find ways to bend sheet metal and injure people. Yes, every now and then, some pilot or another finds a new and inventive way to file an accident report but, most of the time, the latest accident is simply a variation on a theme. Amazingly, and despite the fact that our training proves we are capable of learning something new and different, it seems the granting of a pilot certificate is often interpreted as a license to forget what weve learned and invent a new set of rules.

For example, even though a great deal of our training is spent learning about weather, pilots still manage to have weather-related accidents. In its 2004 report on general aviation accidents and trends, the AOPA Air Safety Foundation noted the top trouble spots remain: too many takeoff and landing accidents due to poor skill, and too many fatal maneuvering flight accidents due to lack of either skill or judgment. Weather accidents, particularly pilots attempting to maintain VFR into instrument meteorological conditions, still occupy a significant portion of the fatalities. Time after time, post-accident analysis shows that had the pilot diverted to an alternate or changed course even a few minutes earlier, it would have made a huge difference.

Background
That summary certainly applies to the accident that occurred on August 2, 2003, at about 1500 Eastern time, when a Piper PA-34-200T Seneca II was destroyed after colliding with trees and terrain while maneuvering near Galion, Ohio. The 1300-hour Commercial pilot/owner and a passenger were fatally injured while two other passengers sustained serious injuries. The flight originated at the Akron-Canton Regional Airport in Akron, Ohio, destined for the Galion Municipal Airport (GQQ), Galion, Ohio.

At 1210, the pilots weather briefing included information that the air mass along the route of flight was unstable, and cumulous clouds were starting to appear on satellite imagery. The potential for thunderstorm activity existed and could occur at anytime, anywhere and be any size, according to the briefing. The weather briefer told the pilot that if he left in the next hour, he should not run into any weather problems, but should obtain another weather briefing prior to departing Galion. No AIRMETS were issued, but the Area Forecast reported a threat of scattered rain showers and thunderstorms after 1300. The briefing ended at 1216.

The pilot departed at 1411, approximately two hours after the weather briefing, and proceeded to its destination VFR with flight following. At 1447, as the airplane approached the Galion, Ohio, area, the pilot asked an air traffic controller where the airport was located. The controller responded that he was directly over the airport. There was no further communication with the pilot.

Subsequently, the pilots wife, who was seated in the front right seat, said they did not encounter any weather until they reached the Galion Airport, and it was raining so hard that they could only see out the airplanes side windows. The sound of the rain on the windshield was so loud that they could barely hear ATC. Her husband had tried to land, but he couldnt see, and added power to get out of the weather. After adding power, he repeatedly said, It wont climb…It wont climb.

A witness, a CFI with over 17,000 hours of flight experience, landed at the Galion Airport at 1420. Upon landing, he called a waiting student and cancelled the flight due to the threatening weather approaching from the west.

At about 1440, the witness saw the airplane fly over the airport approximately 600 feet above the ground, with the landing gear down and flaps extended, and enter the downwind leg for Runway 5. At that time, it was raining moderately, and there was frequent lightning and wind. The witness and his student elected to run for their cars.

At about 1600, the pilots wife knocked on the door of a nearby residence, saying she had been involved in an airplane accident. The airplanes wreckage was about 300 feet from the residence.

Examination of weather radar data revealed a level 5 thunderstorm activity was located over the Galion Airport at the time of the accident.

Investigation
All major aircraft components were accounted for at the accident site. The initial impact point was in a stand of 25- to 30-foot-tall trees located about 1360 feet from the runway and about 700 feet right of centerline. The wreckage was scattered for about 220 feet, along a heading of 130 degrees magnetic from the initial impact point.

Flight control continuity was established to all control surfaces; however, all the cables were separated, exhibiting broomstraw ends, consistent with overload. The manual flap handle was found extended, and locked in the 25-degree detent position. The accident report did not note the landing gears position, whether it was extended or retracted. Both propeller controls, both mixture controls and the right throttle control were found in the full forward position. The left throttle control was found about 1-inch aft. No evidence was found indicating pre-impact problems with the aircraft, including an engine failure, structural failure or fuel exhaustion/starvation.

Probable Cause
The NTSB determined the probable cause of this accident to be The pilots improper in-flight decision making and flight into known adverse weather conditions while maneuvering to land. Also causal was the pilots failure to regard the pre-flight weather briefing. Factors were the thunderstorm, rain, wind gusts and hail.

Thunderstorms are, perhaps, the most dangerous weather with which a pilot can contend no matter what type of aircraft hes flying. In addition to the wind, rain and hail noted by the NTSB, they can generate turbulence, lightning and microbursts, which are described in detail in the sidebar at left. Microbursts are particularly dangerous during takeoff and landing operations, when an aircraft is, by definition, close to the ground. During these operational phases, an aircraft lacks the speed/energy to overcome downdrafts or sudden windshears.

No evidence exists that this accident resulted from a microburst. However, and presuming the pilot was attempting to execute a maximum performance go-around manuever at the time of the accident, a microburst preventing the aircraft from climbing is consistent with the weather information available.

Still, by attempting to beat the thunderstorm to the airport, the pilot succumbed to one of general aviations nagging safety problems: pilots failure to respect adverse weather and place too much faith in their skills and in the airplanes performance capabilities.

Also With This Article
“Microbursts”