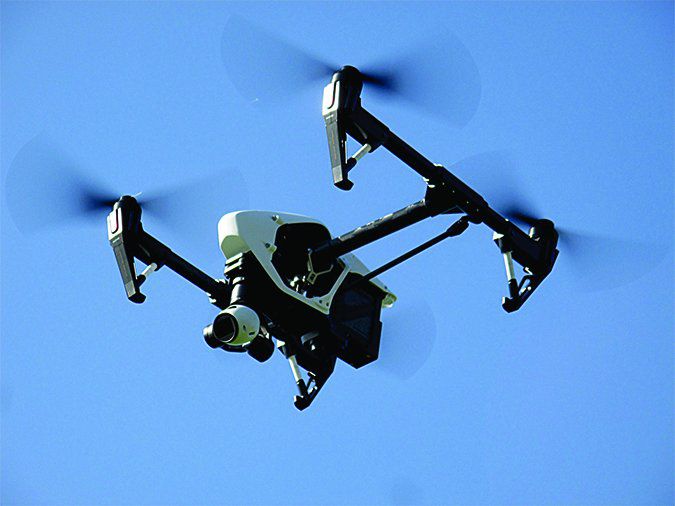 A new rule from the FAA on commercial drone operation was published in late June and offers some opportunities for rated pilots who might want to branch out a bit. The good news is the new rules allow even a private pilot to earn some coin by operating a drone without the pesky nuisance of getting a commercial certificate. The great news is it shouldn’t cost anything—just some time to go through a training presentation on an FAA web site and then do some online paperwork at another FAA web site.

The new rule, which goes into effect August 29, 2016, covers “Operation and Certification of Small Unmanned Aircraft Systems” (UAS).Baked into it is a provision creating the remote pilot certificate, designed for operating a UAS, or drone. The rule allows operating a UAS weighing no more than 55 pounds, including external load operations. The sidebar on the opposite page includes some additional details on the types of UAS operations the new rule envisions, along with the highlights of how rated pilots can add remote pilot certification to their existing ticket.

According to the FAA, the new rule is designed to minimize risks to other aircraft and people, and property on the ground, resulting from UAS operation. Visual line of sight must be maintained, and operations are allowed during twilight if the drone has anti-collision lights. The new regulations include altitude, weight and speed restrictions.

“With this new rule, we are taking a careful and deliberate approach that balances the need to deploy this new technology with the FAA’s mission to protect public safety,” FAA Administrator Michael Huerta said in a press release announcing the new rule. “But this is just our first step. We’re already working on additional rules that will expand the range of operations.”

Operators—remote pilots—will need to conduct a pre-flight inspection and ensure the UAS is registered with the FAA, but the UAS itself will not be required to comply with airworthiness standards or aircraft certification rules. The agency said that, according to industry estimates, its new rule could generate more than $82 billion in U.S. economic activity and create more than 100,000 new jobs over the next 10 years.

Remote Pilots: (Some Of) The Fine Print

Since the March 24, 2015, crash of a Germanwings Airbus A320 in the French Alps—an accident attributed to deliberate action by the flight’s emotionally unstable first officer and which killed all 150 passengers and crew—mental health in the cockpit has received renewed emphasis among aviation regulatory agencies worldwide. In early June, the FAA announced an Aviation Rulemaking Committee (ARC) comprised of aviation and medical experts had made several recommendations to the agency about pilot medical fitness.

“U.S. commercial pilots undergo vigorous and regular medical screening,” FAA Administrator Michael Huerta said in a press release. “While some conditions automatically disqualify someone from flying, many pilots have treatable conditions. We need to do more to remove the stigma surrounding mental illness in the aviation industry so pilots are more likely to self-report, get treated and return to work.”

Among the medical conditions that automatically disqualify a pilot from obtaining a medical certificate are psychosis, bipolar disorder and severe personality disorder. Other mental conditions are treatable, however, and, according to the FAA, several U.S. airlines already have reporting and monitoring programs providing pilots “a path to report their condition, be treated for it and return to the cockpit once the FAA has determined—through a thorough evaluation—it is safe to do so. The FAA addresses the medical certificates of those pilots on a case-by-case basis.” The sidebar below details actions recommended by the ARC, to which the FAA agreed.

The ARC stopped short of recommending routine psychological testing of pilots “because there was no convincing evidence that it would improve safety,” according to the FAA. Instead, the agency said it and the aviation community are “embracing a holistic approach that includes education, outreach, training, and encourages reporting and treatment of mental health issues.”

Later in 2016, the FAA intends to reconvene the ARC’s medical working group to determine if sponsoring specific psychological research projects would lead to better understanding of general pilot mental health. The FAA said the ARC also studied access to the flightdeck and determined that procedures and design requirements for U.S. airlines are effective.

In January, the FAA began enhanced training for AMEs to improve their mental health knowledge and ability to identify warning signs.

Airlines and unions will expand the use of pilot assistance programs, which the FAA is supporting and will be incorporated into an airline’s Safety Management Systems.

The FAA will work with airlines over the next year as they develop programs to reduce the stigma around mental health issues by increasing awareness and promoting resources to help resolve mental health problems.

The FAA will issue guidance to airlines to promote best practices about pilot support programs for mental health issues.

The FAA will ask the Aerospace Medical Association to consider addressing the issue of professional reporting responsibilities on a national basis and to present a resolution to the American Medical Association. Reporting requirements currently vary by state and by licensing and specialty boards.