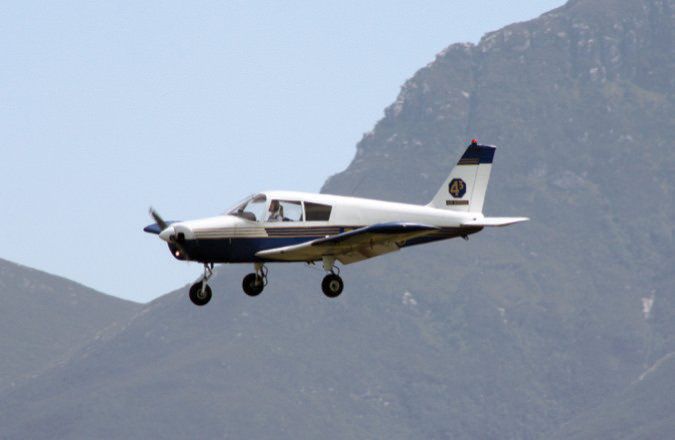 I was still a student pilot, with maybe 20 hours, most of it dual instruction, somewhere between my first solo and the checkride. My primary mount was a Cessna 150 but I had recently been checked out in the FBO’s Cherokee 140. One day, rather than take the 150 for a local flight, I opted for the Piper.

The airplane actually was a bit intimidating: A more powerful engine. Only one door. A low-mounted wing, like a jet fighter. A fuel system demanding that the pilot energize the auxiliary pump for takeoffs and landings (and change tanks every now and then), both of which were “features” the 150 didn’t have. Rear seats! It was definitely a step up from the 150, at least in complexity, and I was itching to solo it.

Soon I was lined up to take off an airplane in which I may have had the total of an hour of dual instruction. That session had involved little more than some stalls and slow flight, plus touch-and-goes and an endorsement on my student pilot/medical certificate. None of that was really on my mind, though, as I verified the airplane was ready for flight and advanced the throttle.

I had full tanks and a good-weather afternoon to go play. Which is what I did, climbing and turning and descending and just having some fun. After an hour or so, I switched tanks and headed back to the airport.

Then it hit me: I had never landed this thing without an instructor aboard. Panic ensued, and I struggled to remember the sequence of events and airspeeds my instructor and I had practiced. Some of them were printed on the instrument panel in a checklist, but that wasn’t good enough—I had never done this before and wasn’t at all confident I could pull it off. Oh, my.

There was no choice: I had to do this on my own. Settling down from my panic attack, I mentally walked myself through a very simple procedure, but one I’d never done by myself. Slow the airplane on downwind to within the white arc, drop a notch of flaps, turn base, etc. The landing was a little fast, but the airplane could be used again.

After I got over my initial panic, I convinced myself landing the 140 really was no different than any other landing as long as I didn’t get too slow. I remembered my training, which has stood me well over the years and hundreds of hours since then. We all have those moments when we’re not sure what to do next. But it’s likely our training covered at least some element of the problem. Remember it.