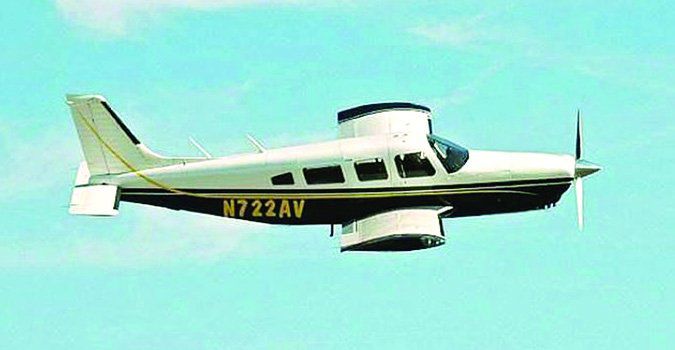 Getting under a cloud layer and proceeding visually to a destination has been a temptation for pilots since the beginning. Airmail pilots, cruising at maybe 80 mph, had plenty of time to see and avoid obstacles down really low, but they still crashed airplanes. There were a lot fewer obstacles back then, and what we’re likely to be flying these days is a lot faster.

The temptation is still there, though, often resulting from overconfidence in one’s abilities and supposed familiarity with the route, among other factors. Add in some pressure to complete the flight—whether self-imposed or demanded by passengers—and you’ll do what you can to find a way to complete the mission. That’s when the temptation to do something less than smart can be at its greatest.

That said, it’s always surprised me how many scud-running accidents occur shortly after takeoff. Why take off into bad weather for which you’re not equipped or prepared? Do you really think and expect things to get better? I can almost understand scud-running close to a destination—almost—but why any one would depart with the intent to scud run will remain one of life’s little mysteries.

In fact, the classic scud-running accident usually occurs not far from a destination, whether the original or a divert field. The VFR-only pilot just has to go just a little further to make it home in deteriorating weather. The airplane likely is equipped for at least light IFR and these days, there’s at least one moving map. It gets even sadder when the airplane and pilot are IFR-capable.

The antidote is pretty much the same as it ever was: Turn around, or climb and confess your predicament with ATC. If you do either one right, you’ll likely live through it and not be subject to an enforcement action.

On April 27, 2014, at about 2116 Central time, a Piper PA-32R-300 Lance airplane was destroyed when it impacted the blades of a wind turbine tower 10 miles south of Highmore, S.D. The commercial pilot and three passengers were fatally injured. Dark night instrument conditions prevailed; no IFR flight plan had been filed.

The airplane was reported missing by a family member and the wreckage was located around 0330 on April 28, 2014. The pilot was not communicating with ATC and no radar data was available.

The accident site was in level, vegetated terrain in the middle of a wind turbine farm. The wreckage was fragmented and scattered in a radius surrounding the base of a wind turbine tower. All major portions of the airplane were present. One of the three wind-turbine blades was fragmented into several large pieces. An inboard portion remained attached at the hub while the outboard pieces of the blade were spread in a radius surrounding the tower base. The other two wind turbine blades were on the ground and exhibited impact damage along their leading edges and faces.

The commercial pilot held SEL/MEL and instrument ratings. He was a professional agricultural pilot and had flown in the area for several seasons. He had at least 3895.8 hours total time, 95.1 of which were in the accident airplane. The pilot was current to carry passengers at night, had a current flight review and successfully completed an instrument proficiency check in the same type of airplane less than two months earlier. According to the FAA, the pilot was familiar with the accident area and specifically the wind turbine farm—he had expressed concerns about it to local agency officials.

The closest weather observing station was 35 miles west of the accident site. A Metar issued at 2124 included wind from 010 degrees at 19 knots, visibility 10 miles in light rain, broken clouds at 1000 feet and an overcast at 1600 feet. Temperature/dewpoint were six and five degrees C, and the ceiling was variable between 800 and 1200 feet. The weather observation station was at 1744 feet msl; the destination airport is at 1854 feet msl, 110 feet higher. The wind turbine recorded wind at 21 miles per hour; its ambient temperature was seven degrees C.

Airmets for IFR conditions, moderate turbulence below 15,000 feet and icing between the freezing level and FL200 were issued at 1545 for a region that included the accident site. No Sigmets were active for the accident location at the time of the crash; two convective Sigmets close to the accident location had been active two hours earlier.

Testing of the wind turbine tower’s obstruction light revealed the system was not operational in its as-removed state. The system operated normally after replacing a flashtube and capacitor.

The NTSB determined the probable cause(s) of this accident to include: “The pilot’s decision to continue the flight into known deteriorating weather conditions at a low altitude and his subsequent failure to remain clear of an unlit wind turbine. Contributing to the accident was the inoperative obstruction light on the wind turbine, which prevented the pilot from visually identifying the wind turbine.”

According to the NTSB, “The wind turbine that was struck was the fifth tower in a string of towers oriented east to west, then the string continued south and southwest with an additional 13 towers. If the pilot observed the lights from the surrounding wind turbines, it is possible that he perceived a break in the light string between the wind turbines as an obstacle-free zone.” The pilot was aware of the deteriorating weather before taking off, as evidenced by a weather briefing he obtained and statements made to a witness.

The big question is why: Why did the pilot approach his destination down low instead of requesting an IFR clearance at an appropriate altitude? Perhaps his familiarity with the area made him complacent and the inoperative obstruction light lured him into what he thought was a gap in the array of wind turbines.

But here’s the bottom line: If this guy, an experienced pilot flying a capable airplane into airspace with which he was familiar, can get killed scud running, how well do you think you’ll do when you don’t have all that going for you?