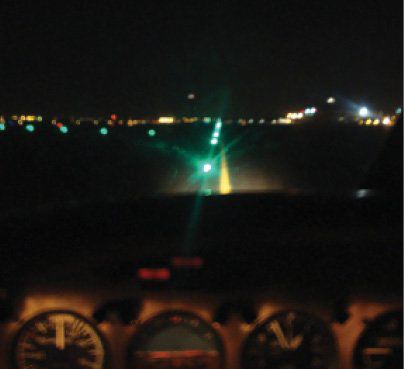 Any time we place moving objects in close proximity to each other—like, say, on an airport’s runways and taxiways—they’re bound to conflict. When those objects are aircraft with people in them, landing and taking off, a collision can ruin your whole day. That’s the worst case, of course. But the fallout from forcing a 737 filled with taxpayers to go around can come in as a close second.

The FAA calls these events runway incursions (see below) and they happen more often than we might think. According to the agency, during the six-month period of October 1, 2018 through March 31, 2019, there has been an average of two runway incursions per day attributed to general aviation pilots. The fact is, a large airport can be a confusing place for pilots of all kinds of aircraft and all kinds of certificates.

There once was a time when piston singles were more prevalent at the Washington Dulles International Airport than they are today, and one evening I was in one of them, coming or going, on the ground control frequency. Another light airplane called for taxi clearance and, based on its position, was routed to a departure runway as far away as humanly possible from its parking spot. The pilot responded, “Uh, ground, that looks kind of far; do you mind if we just fly over there?”

Before flying and after landing an airplane, we have to taxi it. That can be a simple matter of rolling to the end of a grass field or involve more twists and turns than a Formula 1 track. One of the keys is knowing where you are on the airport, knowing where you’re supposed to be and knowing how you to get there. At towered airports—where, let’s face it—most reportable runway incursions occur—we need a taxi clearance to go with our knowledge. But any facility we’re likely to use has its own set of challenges and opportunities for misunderstandings.

To me, the key has always been a clear understanding of the route to/from parking. This applies regardless of whether you’re departing your home airport on a sunny day or just landed at Class B International in a snowstorm. That task used to be a lot more difficult, before airport diagrams and taxi charts became much more prevalent. Now, we can configure our electronic flight back to pop up such a chart on landing and show our position.

But following along on your iPad isn’t going to help if you have forgotten your taxi clearance. Write it down—on your kneeboard, on a sticky note or by using your EFB’s scratchpad. If you have the technology, you can draw your taxi clearance’s route on the airport diagram/taxi chart. Obviously, you also should confirm your understanding of the taxi clearance by reading it back; you must read back hold-short instructions—whether of a taxiway or runway intersection.

Before releasing the brakes, you also can confess any confusion by telling the ground control you’re “unfamiliar” and would like “progressive” taxi instructions. Although you probably won’t endear yourself to the controller, you also won’t get lost or violate your taxi clearance. Probably.

For many of us flying personal aircraft at large airports, the challenge isn’t knowing the route or understanding the clearance. Instead, it’s that our relatively low height above the taxiway prevents us from identifying some taxiway and runway features until we’re almost on top of them. That’s especially true at night, when everything’s flashing, every color means something, and signage or potentially conflicting aircraft easily can disappear thanks to all the light pollution. And controller instructions like “follow the Southwest 737” don’t help much when there’s no airline logo on the back of the two-holer in front of you.

When we’re taxiing for takeoff or have just landed, we may have a few tasks or checklists to complete, like entering the flight plan or departure procedure into our navigator. On clearing the runway, we may need to raise wing flaps (not the gear!), open cowl flaps, turn off lights or perform other tasks.

Each of these tasks is much easier and safer to perform when we’re still on the ramp before taxiing or when we’ve stopped clear of the active runway (i.e., with all of the aircraft past the hold short line). Even at smaller facilities without a control tower, trying to multitask in the cockpit to, say, beat a clearance void time or get to the restroom, is a distraction from the task at hand: safely and efficiently taxiing to or from the runway.

The FAA and airport operators take runway incursions very seriously. Over the years, they have proven extremely lethal. They also usually result from human error—a confused pilot getting lost or a controller clearing two airplanes onto the same runway at the same time. We can’t do much about the controller, but we can control what goes on in our cockpit.

The FAA defines a runway incursion as “any occurrence at an aerodrome involving the incorrect presence of an aircraft, vehicle or person on the protected area of a surface designated for the landing and take off of aircraft.” They come in four categories of severity, listed in the table below. The fifth category? Collision.

Runway incursions aren’t new, and it’s unclear if ADS-B is having success at reducing them as we were told it would. We’ll see. In the meantime, we need to ensure that we’ve adopted procedures and operational practices designed to minimize them.

When operating on taxiways and runways at airports with runway status lights, pilots should turn on their transponder with altitude reporting enabled (“ALT”).

Never cross over illuminated red lights. Under normal circumstances, the lights will confirm the pilot’s taxi or takeoff clearance. If they indicate it is unsafe to takeoff from or taxi across a runway, immediately notify ATC of the conflict and confirm your clearance. Do not proceed when the lights have extinguished without a clearance. The runway status lighting system verifies an ATC clearance and is not substitute for one.