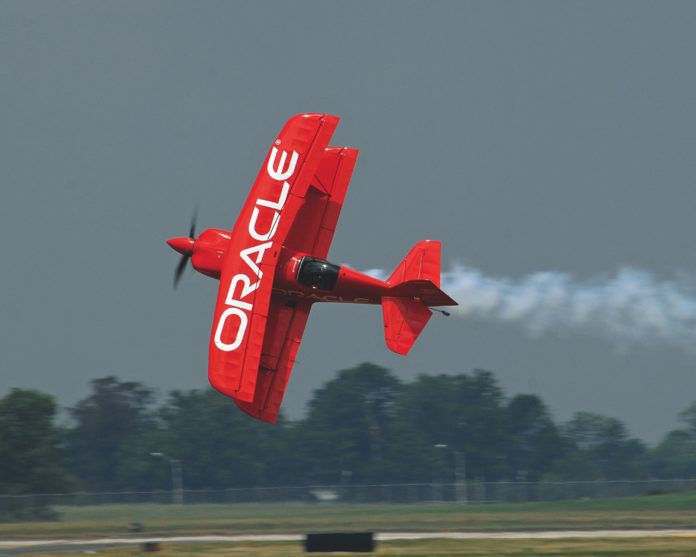 If there were some way I could make a series of trips back in time to change things, one of the stops on my itinerary would be to somehow infiltrate the small cadre of early pilots and airplane designers to convince them to use a word other than “stall” to describe what happens when a wing exceeds its critical angle of attack. The word obviously has numerous other applications, and using it for this purpose has confounded student pilots and television news anchors ever since. That said, I’m not sure what should replace it, and remain open to suggestions.

After all, what single word, if any, concisely describes what happens when air flows over an airfoil at low angles of attack but then separates and stops flowing as that angle of attack exceeds a specific value? How to explain that aerobatic and inverted flight depend on excess power and brute force as much as they do training and practice? That there’s no magic geometry exempting the wing from its behavior at high angles of attack? Why is any of this a concern to us?

These semantics are important because pilots regularly demonstrate they either don’t understand the fundamental concepts of lift and an airfoil’s angle of attack or believe these aerodynamic laws don’t apply to them or their aircraft. The accident record is our evidence, specifically those accidents attributed to loss of control in-flight, or LOC-I as the terminology has developed. Sure—not all LOC-I accidents involve stalls. But a stall is a precipitating event in many of them. It follows that preventing and avoiding a stall also helps us prevent and avoid losing control. If only it was that simple.

To me, the classic LOC-I accident involves maneuvering, probably at a relatively low altitude. For some reason—showing off, inattentiveness—a pilot manages to put the airplane in an attitude from which it is unable to sustain flight. It’s the so-called Moose Turn, where an ever-tightening circle is flown above an object of interest until the combination of greater than 1G loading and reduced power lead the pilot into critical-angle territory. The airplane stalls and probably spins, and another accident report is born.

In our hypothetical, this outcome likely isn’t expected by the pilot, but is predictable. And repeatable: Every time the wing exceeds its critical angle of attack, separation occurs, it loses lift and the airplane’s trajectory diverges from the pilot’s intentions. Every. Single. Time. And that’s true for other maneuvers pilots may perform from time to time, some of which can only be described as showing off and buzzing something or someone on the ground.

The other thing I’d try to change by going back in time is how we have adopted the concept of stall speed, as if there is one and only one indicated airspeed at which a given airplane will stall. The curious part of using airspeed to measure how close we are to flow separation is that it’s directly contradicted by even minimal understanding of angle of attack. The only time a published stalling speed is relevant is in the conditions listed, most of which involve level, unaccelerated flight. Yes, some manufacturers publish stalling speeds at various bank angles, but that’s kind of the point. Stalling speed has evolved into the one universal way we can measure and discuss the airplane’s attitude when it nears or exceeds the critical angle of attack. It’s imperfect and it’s indirect, but it’s a tool all cockpits have.

Instead, directly measuring the wing’s angle of attack (AoA) is a cheap and reliable way to find out how close we are to flow separation. Since most personal airplanes were certificated without one, a mini-boom industry was created a few years ago when the FAA lightened up on its paperwork rules to allow relatively painless installation of AoA indicators for advisory purposes. Lacking a formal requirement for AoA indication, our airplanes were engineered to provide warning of an impending stall, either through aerodynamic buffet or a dedicated system—sometimes both. The problem with both aerodynamic stall indication and dedicated systems is that they only provide adequate warning in unaccelerated flight—straight and level. Start throwing in some G-loading and the time between warning onset and an actual stall gets shorter as G increases. This is true for both types of warnings. It’s true for the Moose Turn scenario, also.

The graph at the top of the following page both perpetuates the stalling speed concept and puts some bank angle into the equation. But the graph’s real purpose is depicting the relationship between bank angle and load factor, and how they contribute to a greater angle of attack until reaching the critical point. Another way the graph is useful is to think of a 60-degree bank and the 2G load resulting as the maximum acceptable unless engaged in aerobatics (forget pitch angle for the moment and assume a constant altitude). By banking no more than 60 degrees and ensuring airspeed is at least 150 percent of the published 1G stall speed, we’ll remain below the wing’s critical angle of attack and flow separation won’t occur. For Cessna’s 172S Skyhawk SP and its flaps-up, wings-level stall speed of 53 KCAS, that means flying an airspeed of at least 80 KIAS (53*1.50 = 79.5) at no more than 60 degrees of bank to keep the wing below its critical angle of attack. Your mileage (and 2G stalling speed) may differ.

In and of themselves, banking and turns don’t contribute to flow separation as much as we might think. They become more important, however, whenever we enter a bank while maintaining a constant altitude. The graph above presumes that’s what we’re doing, which in most airplanes means adding nose-up input to the pitch control as compensation for the reduced lift being generated. And what does pitching the airplane up do? It increases the wings’ angle of attack.

The graph below, meanwhile, helps us understand why a bank of any significant angle increases the load factor. Not only is the airplane supporting its 1G, level-flight mass but additional loading is being applied, thanks to centrifugal forces. The additional G-loading depends on the bank angle and, as both graphs on this page show, a 60-degree bank results in a load factor—G-loading—twice what the airplane encounters in wings-level, unaccelerated flight. But that’s not the only way entering a bank closes the distance to the wing’s critical angle of attack.

The diagram at the top of the next page may be helpful. It depicts an airplane in a right bank as its wings approach their critical angle of attack. Beyond the airplane’s G-loading, it’s important to understand how banking can result in one wing being closer to its critical angle of attack than the other. This has major implications for understanding spin entries, which is what the diagram actually depicts.

Although the diagram appears to represent a constant bank, that’s not really what happens. Instead, a rolling moment is imposed about the airplane’s longitudinal axis—the one running from nose to tail. Unless rudder is applied to maintain heading, the airplane will turn in the direction of the lowered wing. One wing goes up while the other goes down. The top of the rising wing sees increased air pressure, delaying flow separation. Meanwhile, the top of the lowering wing sees the opposite—reduced air pressure—and the potential for flow separation to be realized at a reduced angle of attack.

There’s a final point to be made about turning flight at angles of attack near the point of flow separation: Deflecting the ailerons changes the wings’ aerodynamics. The wing with its aileron deflected downward sees increased camber, which means increased lift (drag also increases as a byproduct). The opposite aileron, meanwhile, is deflected up, into the flow itself. This also increases drag but with the addition of decreasing that wing’s lift, essentially by acting as a spoiler and increasing flow separation.

As mentioned earlier, not all loss-of-control accidents involve turning flight, or even exceeding the critical angle of attack and encountering a stall. But a bunch do, perhaps with a spin thrown in for good measure. Any time we’re maneuvering—turning, banking, climbing and/or descending—we’re changing the wing’s angle of attack. Sometimes we’re reducing it, sometimes not.

One key to understanding flow separation is to accept you can’t directly measure how close the wing is to its critical angle of attack without an AoA indicator. Until and unless you have one, indicated airspeed is the imperfect stand-in. It works well enough in level flight, but with almost any bank angle, the equations start changing and you must maintain a healthy margin above the wings-level stall speed.

Banking also has other effects, which may or may not increase the likelihood of exceeding the critical angle of attack and encountering flow separation. Do it right (wrong) and you’ve found the perfect recipe for a spin entry. Do it too close to the ground and you’ll end up an LOC-I statistic.

Jeb Burnside is this magazine’s editor-in-chief. He’s an airline transport pilot with a bunch of hours and owns a Beechcraft Debonair, plus half of an Aeronca 7CCM Champ.