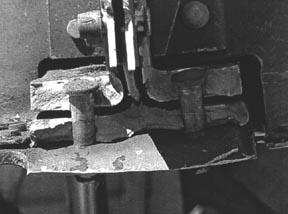 A little confidence can go a long way. That can be true for anything from belting out karaoke tunes in a country honky-tonk to selling your spouse on the wisdom of buying a new boat.

Its also true that faith in ones own ability is a primary pilot trait. Those who cant trust themselves and their skills are soon relegated to passenger status. Or worse.

The irony is that the very confidence that attracts people to aviation can also leave them blind to their own shortcomings. Thats one of the values of such things as biennial flight reviews and instrument proficiency checks. Its also one reason why insurance company-mandated recurrent training has become as common as it is.

Still, a conscientious application of good intent and toeing the legal line is no guarantee that a flight wont turn out poorly. Its not that very many pilots specifically set out to kill themselves, its that some fail to take the steps necessary to enhance the odds they wont kill themselves.

A case in point is the pilot of a Piper Saratoga who departed Batesville, Miss., with a passenger on a return flight to their Chicago-area homes.

The pilot was a 38-year-old businessman who had gotten his private certificate about two years earlier. A few months after getting his certificate, the Saratoga came on the scene. Although the NTSB information on the airplane ownership is vague, it appears the airplane was registered to a corporation that shared the same address (at an office) as the pilot listed as his address. Whether he owned the airplane solely or in a partnership, or if it was owned by someone else at that office or even the company he worked for, is unclear, although it is clear someone besides the accident pilot was flying the airplane.

Regardless, from the pilots familiarization flight with the Saratoga on March 2 until his instructor signed him off as having met the insurance requirements on April 21, the pilot flew the airplane more than 20 hours in 12 flights. Those insurance requirements included 10 hours of instrument time. Interestingly, the pilot logged only 5.9 hours of dual instrument instruction in the Saratoga, counting the 4.4 hours logged during his private training toward the insurance total.

Once signed off, the pilot began to fly frequently, making 12 trips between April 21 and June 4. The trips showed the pilot to be gregarious. His logbooks included several notes about flying into Meigs and taking his office staff to lunch in downtown Chicago. With three other people he made a flight to St. Louis to pick up fireworks. There were several Sunday brunch trips thrown in.

But the logbook also showed the downside. One apparent business trip with two colleagues included a delayed return due to poor weather.

In the NTSB report, a page from the pilots logbook appears missing, but its clear that for some reason the pilots flying tailed off in late 2000 and early 2001. While he had 139 hours logged by June 4, 2000, the pilot flew only 15 hours in the next 15 months. Meanwhile, the airplane racked up 65 hours in the eight months before the accident.

On the date of the departure from Batesville, the pilot called Flight Service for a weather briefing. The forecast was typical for late summer in the Southeast. It called for scattered thunderstorms in the heat of the day, primarily in late afternoon and fading away in the evening. Severe storms were not forecast.

The pilot did not file a flight plan, but the tanks were full and the Saratoga lifted off from the 4,800-foot runway and headed north.

The radar track shows the airplane headed generally on course, in a cruise climb of about 135 knots and 500 feet per minute, slowing into the 115- to 120-knot range as it topped 7,000 feet. The pilots heading wandered slightly, slipping 10 degrees on either side of the direct heading of 010 – which implies he was probably hand-flying rather than using the autopilot.

As he neared Memphis, the on-board Stormscope would have been lit up in the distance, assuming it was turned on, but the local area was relatively clear of storms. However, what the Stormscope could not see was a thunderstorm developing right in the pilots path.

Witnesses on the ground said they saw the airplane in level flight below the clouds. There were no thunderstorms in the area, although they could see lightning in the distance to the north. It was not raining, but it was quite windy, they said.

As they watched, the left wing separated from the airplane and struck the tail section. Both occupants were killed.

Challenging the Weather
The NTSB hung the crash on the thunderstorm north of the accident site, saying the pilot improperly evaluated the weather, which led to the in-flight encounter with turbulence and the resulting breakup of the airframe.

In fact, the gust fronts can extend in front of thunderstorms for many miles, and some kind of updraft/downdraft shear could easily overstress an airplane making high cruise speed. If the witness accounts are to be believed, the multiple heading changes in the doomed flights final minutes would have been the airplane spiraling down. From 8,000 feet, it would have taken a couple of minutes to reach the ground.

However, a more important aspect of the accident is not what happened, but why. The pilot was qualified to fly the airplane. He was clear of the thunderstorms as likely would have been reported on his on-board lightning detector. He was flying beneath the clouds.

However, the pilots crucial decisions involved one action and two inactions. First, what he didnt do.

He neglected to consider the potential for gusts in advance of thunderstorms, if in fact he was monitoring the convective activity on the Stormscope. Using that device, he could have located the storm and resolved to give it 20 to 30 miles berth. The NTSB reports weather information lacks resolution, but it appears the pilot had strayed to within perhaps 10 miles of the cell.

In conditions such as the ones forecast, heat and humidity can conspire to launch new convective activity where there was none before. Not seeing a thunderstorm does not mean there wont be one there in two minutes.

By neglecting the possibility of updrafts and downdrafts is there, the pilot made his second omission. Just before the gyrations began, the airplane was showing a groundspeed of 154 knots. Taking into consideration the winds aloft and estimating the temperature aloft using the ground temperature, the Saratoga was indicating around 125 knots airspeed. However, with the airplanes light loading, Va was likely around 110 knots – far less than the 132 knots indicated allowable if the Saratoga had been fully loaded.

By not slowing down as he entered bumpy air, the pilot apparently set up an overstress situation that would have been easy to prevent. Remember that Va goes down linearly with decrease in weight because the airplane becomes more subject to aerodynamic loads as it gets lighter.

The Rest of the Story
In the course of the investigation, the NTSB found additional indications of trouble. Upon autopsy, both the pilot and passenger showed cocaine and amphetamines in their bodies. In addition, evidence of alcohol was also present, but the report is mum on whether the findings suggested theyd been drinking or whether it could be the result of post-mortem putrification.

Although the effect of the drugs on the pilots ability is uncertain, the drug use is yet another symptom of the pilots pattern of judgments.

He embarked on a journey at a time when he had little overall experience and very little recent experience. It apparently had been 15 months since hed gotten any instructional feedback on the habits hed developed since getting his ticket.

For all pilots – especially neophyte ones – its important to refine the ability to make the tough judgment calls that come from being completely responsible as pilot in command.

Its only by making that effort that a pilot can truly earn the confidence that put him or her into the air in the first place.