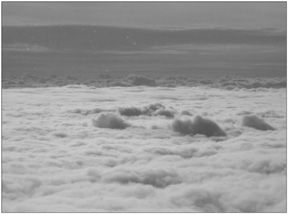 I suppose its okay to write about this now. There must be a statute of limitations on such stupidity, so Im gambling that my telling this story will do more good than harm. Some of the particulars have been changed, though, just in case.

It was great, having that new Private pilots license in my pocket. I used every excuse to fly, and to fly new types, and it was getting to be fun, now that every single flight wasnt just preparation for some kind of test.

The FBO where I flew had recently gotten an Archer, and it looked so much cooler than all the 152s and 172s I had been flying, so I asked if I could get checked out in it.

That wasnt too hard, as the main differences were in the placement of the controls. The Archer was a straightforward machine, I felt right at home, and in half an hour I was checked out. My logbook, now into its fourth page, showed 56 hours total time.

A few days later, I thought it would be neat to take my fiance on a flight somewhere, and something was sure to be happening on the other side of the Allegheny Mountains, about two hours away.

Getting Sucked In
There were a few of the puffy cumulus clouds out and about, and the morning looked beautiful. I dutifully checked weather; everything for 300 miles seemed to be about the same, so Jezebel and I climbed into the Archer and headed west.

Leaving western North Carolina involves getting over the Smoky Mountains, so I felt that 10,500 was a good altitude. The clouds were gorgeous from above, and the terrain was well below us.

After an hour or so, we were well clear of the mountains, but everything still looked good, so we continued, occasionally checking the altimeter setting, charts and the DG. Maybe it was the altitude; I probably was just distracted by my own conversation, but I thought there was still no problem as the clouds closed up beneath us. We still had an hour or so to go, were VFR (albeit VFR on top-oops), and we had plenty of fuel. Besides, all the airports along the route had reported broken or scattered cloud coverage and it would just be a matter of time before we could see down through the cloud layer again.

Suddenly it hit me: What am I-crazy? I was on top, traveling along at 100 knots, heading into more of the same! I realized I was in deep trouble, as I called airports and Flight Following, looking for a hole big enough to get down. I still had plenty of gas, but it wasnt enough to return home; and home was now overcast.

Who Ya Gonna Call?
So, I filed an IFR flight plan for Smyrna, Tenn. (MQY). Im sure ATC knew I wasnt supposed to be doing that, as I didnt know the lingo; but someone probably figured I didnt need any more questions just then and opened my flight plan. I think I may need a little help, I remember saying, not to alarm Jezebel, who was strangely silent. Were here for you, was ATCs response.

I can only imagine what was happening on the ground. They knew they had a low-time, VFR pilot stuck on top. Perhaps they figured theyd give me all the help they could, staying in touch so the NTSB could find the wreckage quicker. I cant remember any other flights where I received so many requests for a transponder ident.

I knew I was in serious trouble, too, and I knew I couldnt fly instruments. After maybe a couple hours of hood work in the 172, I knew how deep the water was-and I had never seen an HSI before. Right then, I didnt really have time to read the manuals. Thankfully, the Archer had a basic IFR panel, and everything was working just fine. I knew that if I crashed, it wouldnt be the airplanes fault.

Flying The Airplane
I concentrated on the instruments I felt comfortable with: the altimeter, airspeed, DG and turn-and-bank. The colors on the attitude indicator at that moment seemed to confuse me, so I mostly ignored it.

I was told to descend to 8000. I acknowledged, checked the altimeter, and went down into the clouds. I double-checked the carb heat knob. It was still there.

Dont do anything by instinct, I kept repeating to myself. Believe the instruments. Dont bank very much. Keep the altitude and power settings constant, once youre at 8000.

I continued flying the headings and altitudes that ATC had given me, trusting that they wouldnt snag me on any towers or buildings. It was a light-traffic day, apparently; either that or ATC was steering everything else away from me, trying to keep me from initiating a two-line statistic.

I tried to figure out the HSI. The guy who designed this thing must have made it as intuitive as possible, I thought. I just didnt know what it was supposed to tell me; but I watched, and, as we got lower and (I assumed) closer to the airport, it seemed to be worth a look now and then. If I did this, it did that. Okay-I kinda get it. Those pointy orange deals-they must be important, too. Oh … cool.

Archer 27 X-ray, maintain heading and descend to 2000 feet. Well, the airport must be close. No matter what, Im going down. I rechecked the altimeter.

27 X-ray, you should be on the glideslope. Continue heading, descend at 500 feet a minute. Youre doing fine.

But, ATC just doesnt talk like that, even in the movies. I knew they knew!

Runway 32 at MQY is something over 8000 feet long and 150 feet wide. The trick, as I was thinking, was to get out of the clouds in time to see it and line up, and not be so low that I would hit anything. I also really didnt want to do a go-around below cloud level, as that would kind of give away my status as an idiot VFR pilot. On the other hand, doing a proper missed approach was completely out of the question. Not only did I not have the plate-I didnt know what to do with it, even if I had it! Besides, once I got out of those clouds, I wasnt going back in.

But the clouds were low. The airport was really socked in. I kept checking the altimeter, and making sure I had heard the setting correctly. I was below 500 feet agl, and I couldnt see anything. Three hundred … 200 … 100 feet. I still couldnt see anything. It was at this point that I thought for sure my bride-to-be and I were dead.

Salvation
I made the landing of my life and taxied to the tiedown area. I closed my flight plan, and received a mere, Thank you, 27 X-ray. Flight plan closed. Have a nice day, from ATC.

I asked for a fill-up, tied the Archer down, helped Jezebel (who knew I hadnt been myself lately) out of the airplane, and walked to the FBO, where I sat down. I couldnt stand up for two hours. As I sat there, I expected to see the FAA walk in. Heck, I was expecting to see an NTSB Go team; but there was no welcoming committee, and the FAA never asked me anything … and I never volunteered.

The flight home was uneventful-two days later. There wasnt a cloud reported east of the Mississippi when I took off. I told Jezebel what had been going on, years later, after the divorce.

-Mike Stephens is a freelance writer based in a sunny, southern state where the statute of limitations still applies.