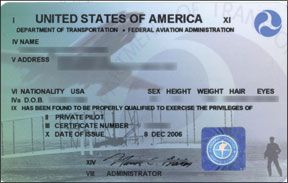 The practical test standards (PTS) spell out the requirements for successfully completing an FAA checkride for pilot certificates and ratings. They have been around for nearly 30 years and, while an improvement over the previous flight test guides, they did not fundamentally alter the manner in which the applicant demonstrates compliance with the regulations.

The general aviation community and FAA are developing a new concept of airman testing that will be embodied in completely new airman certification standards (ACS). The ACS, when implemented, will require applicants to integrate their knowledge, skills and risk management proficiency to demonstrate to the examiner they can do more than just perform standard training procedures and maneuvers. Potentially, this could have a greater impact on the general aviation safety record than any regulatory change or new industry training practice in the last 75 years.

Evolving Aircraft, Airspace
The airspace in which we operate is becoming more complex all the time, while the aircraft are adding complexity and automation. The general aviation community, me included, has long held out the hope that some of this technology would lower the fatal accident rate. Technologies such as weather data link, terrain warning systems and moving maps were believed to be key elements in reducing accident rates.

But this hasn’t happened. I co-chaired a study on technically advanced aircraft in 2003 when I was still an FAA executive, and I should have gone back and reread its summary before acquiring my original optimism about technically advanced aircraft. The study concluded the new technologies provided an increase in “available safety,” but this safety would not be achieved without commensurate improvements in pilot training, including risk management.

The Cirrus was supposed to be the “poster child” for how advanced technology could lower the fatal accident rate. In reality, the Cirrus SR series of piston aircraft has a safety record no better and no worse than other high-performance general aviation aircraft. There is nothing wrong with the airplane. In fact, its service history suggests a higher standard of reliability and durability than most of the general aviation fleet. This reinforces the idea that GA safety issues are related to pilot factors and, in particular, failure to practice effective risk management. Cirrus’s transition training program is a good one, but in three days of training it’s very difficult to address the deficiencies affecting most of the U.S. pilot population. Risk management training has never been a high priority in past training curricula, and GA’s culture has inhibited improvements in how our community assesses that all-important factor.

The FAA Acts
With a bright spotlight on GA safety and pilot training issues, the FAA has taken notice. The agency is beginning to think proactively about addressing GA safety issues, as opposed to many efforts in the past involving knee-jerk regulatory changes that took 10 years to implement and accomplished nothing.

In September 2011, only four months after the SAFE Pilot Training Reform Symposium, the FAA chartered the Airman Testing Standards and Training Aviation Rulemaking Committee (ARC). Despite its cumbersome name, the ARC was never set up with the purpose of changing a single regulation. Rather, the ARC was established “…to make recommendations” ensuring “practical test standards, and training handbooks…enhance safety and meet the needs of stakeholders.” The ARC was composed of hands-on industry professionals who were leaders and practitioners in flight instruction and courseware, and it included industry organizations such as SAFE.

Probably due to its member composition, the ARC acted swiftly and met a number of times over several months. It issued a report in April 2012 containing nine recommendations, most of which addressed needed improvements in the knowledge test, handbooks and FAA/industry collaboration. Significantly, the ARC also recommended that “…the FAA transition to a single testing standards document, the airman certifications standards (an update to the PTS), to include knowledge, skills and risk management….” The clear intent of this was to map aeronautical knowledge and risk management to the flight proficiency skills defined in the PTS.

The FAA again acted rapidly on these recommendations. In August 2012, it requested that the Aviation Rulemaking Advisory Committee (ARAC) establish a work group to move the ARC’s concepts to the next stage. The ARAC accepted this tasking in September 2012 and established an Airman Testing Standards and Training Work Group to devise a way of implementing the ARC’s findings.

Surfacing Key Issues
Over the next six months, the work group met and hammered out what has now become a concept known as airman certification standards (ACS). This concept is designed to integrate airman knowledge, skills and risk management expertise in a way that could be more effectively evaluated than through the current PTS. The working group deliberations were spirited, to say the least. A serious effort was made to scrub the inventory of knowledge requirements and eliminate irrelevant test questions from both the actual knowledge test and the knowledge requirements that must be demonstrated on the practical test. In addition, a consensus was reached that risk management knowledge and skills must be demonstrated throughout the practical test and integrated with particular areas of operations and tasks. It was this element of the working group’s work, spearheaded by John King of King Schools, which has achieved the greatest breakthrough, in my opinion.

The working group actually rolled up their sleeves and designed working ACS documents that could be prototyped and eventually converted into standards that would replace the PTS. They started with the private pilot and instrument rating test requirements, since the objective of FAA and ARAC was to target actions that would directly affect the general aviation safety record. Later, the working group plans to tackle the flight instructor testing standards. Commercial and airline transport pilot standards will follow, but they are likely to be linked to other changes in airline pilot training initiated as a result of the Colgan Air/Continental Connection Flight 3407 crash in 2009.

The Results
The best way to illustrate how the ACS is different from the PTS is to take an example. I’m convinced that many general aviation fatal accident sequences really begin on the ground, while the pilot is planning the flight in question. Accordingly, let’s look at Area of Operation I, Preflight Preparation, in the private pilot PTS (FAA-S-8081-14B, November 2011) and compare it to the draft private pilot ACS prepared by the ARAC work group. We should be particularly interested in Task C, Weather Information, and Task D, Cross-Country Flight Planning, since these are the planning tasks most likely to affect the safety outcomes on any flight.

The PTS objectives for Task C, Weather Information are not very demanding. One objective has a vague reference to analyzing weather reports and the second objective seeks to have the applicant make a binary “go/no-go” decision on whether to launch. If only life were that simple.

The draft private pilot ACS, on the other hand, lists four knowledge areas, six skill areas and eight risk management areas that are integrated to test an applicant’s ability to evaluate weather hazards and risks in a meaningful way. For example, the ACS emphasizes weather knowledge, skills, and risk management procedures that require interpretation and a richer set of alternatives than simply “go/no-go,” such as alternative courses of action and diversion options. The key is integrating the knowledge, skills and risk management needed to make competent pre-flight weather decisions.

It certainly will take a dedicated effort by the FAA and the aviation community to demonstrate how examiners and instructors can be retrained and standardized to apply the ACS in the real world when they are eventually adopted. It’s likely future practical tests will be conducted partially in training devices and include a “real-world” scenario. The airplane portion might then concentrate purely on maneuvering skills.

What About Existing Pilots?
You might be saying, “All right, I’ll let the FAA and the ARAC working group demonstrate that this is a better system for testing new applicants, but what about the 500,000 existing pilots who may not ever take another practical test?”

That’s a good question, and the only way the FAA and training community touches most licensed pilots is through either the mandatory flight review every two years or through the Pilot Proficiency WINGS program. As I have recently written (“The Wings Program,” Aviation Safety, January 2013), WINGS is a great program, but only a small number of pilots formally complete any phase of the program. It needs to be revised to create incentives for pilots to participate, and it also needs better risk management training options. Some of the ideas I proposed would create a more individualized program, but one emphasizing risk management proficiency. My recommendation to FAA and the ARAC would be to revise WINGS when the ACS system is introduced.

The ACS concept still has a long way to go before actual documents are issued to replace the current PTS. The FAA issued a Federal Register notice on April 24, 2013, requesting public comment on draft ACS documents in the public docket (Docket no. FAA-2013-0316). The comment period closes on May 24, 2013, so unless it is extended, you will be unable to comment if this article is your first introduction to the issue. But, not to worry: The FAA will provide further public notice before going to the implementation phase.

What You Can Do Now
If you’re already a certificated pilot with all the ratings you ever plan to have, you can still get in the spirit of the new ACS concept. These are a few steps you might consider taking.

When preparing for your next flight, whether it’s local or across the United States, don’t just mechanically go through the motions of planning tasks, just to “check off the box” or be “legal.” Think more strategically about potential hazards and risks, and how they might be mitigated. Remember that the successful outcome of your flight will be a result of the integrated application of your knowledge, skills and risk management prowess.

Remember also: All the practical tests you have taken are, at best, an artificially created environment measuring only specific elements of the knowledge, skills and risk management ability you will need to operate safely in the real world. The ACS may improve the reality and effectiveness of this to the point where it actually can measure your ability to cope with likely challenges. But, as with all “tests,” in the final analysis, it’s your own experiences and attitudes that will likely carry the day.

Robert Wright is a former FAA executive and President of Wright Aviation Solutions LLC. He also is a 9500-hour ATP and holds a flight instructor certificate. His opinions in this article do not necessarily represent those of clients or other organizations he represents.