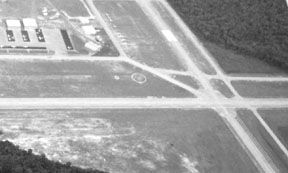 Heres a guaranteed eye glazer: Start a sentence with the phrase back when I was learning to fly… then insert the pearl of aeronautical wisdom of your choice. (Never mind that you learned to fly in 1999, you can always add color to fortify any lack of experience.)

But really, no kidding, back when I learned to fly (circa-1968) I distinctly recall one part of the training that was quite different from what contemporary pilots seem to be learning: the art of flying an efficient traffic pattern.

Not that the airplanes have changed much. Then, as now, we tooled around the pattern in 80-knot trainers, struggled to make sense of a more-or-less continuous squeal on the Unicom frequency and generally dreaded dealing with a control tower because then, as now, the controller would certainly bollix up a perfectly good pattern.

Now pilots seem to be capable of screwing up pattern flying without any federal assistance at all and in my experience, the problem gets worse by the year. Even some of the old geezers who learned to fly a pattern correctly – or at least courteously – are forgetting how.

Why So Big?
The underlying and consistent problem is that new students are taught almost uniformly to fly a pattern thats far too large for their glacially slow aircraft. There are exceptions, of course, but next time youre motoring around the airport, have a look at how other aircraft are flying the pattern. I doubt youll be inclined to say anyone is flying a pattern thats too tight, as if such was even possible.

Early in the fall, I was training with a friend, trying to get in some genuine power-off landings with another airplane, a Cessna 172 in the pattern. It was clear that the Cessna – occupied by a student and an instructor – simply wasnt going to allow that to happen. No matter how we adjusted our crosswind or base, the Cessna stretched out his final, forcing us to either cut him off to fly the tight base we really wanted or to extend the downwind to let him in first.

The CFI was doing his student no favor in allowing such a large pattern in a slow airplane. Using the GPS, I calculated the Cessna was turning final more than a mile from the threshold. Theres simply no good reason for that. Lining up that far out wastes time and distance and causes any following traffic to telescope the pattern even more.

In the days when dirt was still young, a typical pattern was flown with -mile final; less if you could do it. The hackneyed wisdom was that this kept you closer to the runway in the event of a power failure which made a certain sense and still does, although its only a fringe benefit of a tight pattern.

Bluntly, tight patterns are more efficient and, by degree, safer because aircraft on the ground can actually see airplanes in the pattern rather than guessing where they are based on vague radio calls. Further, compact power-off turns to base and final build skill in a way that mile-long drag-ins with power simply dont. Anyone can fly a mile-long final and plop the airplane on the runway.

Rules of Thumb
Most instructors seem to teach the power-reduction-abeam-the-point-of-intended-landing method for pattern flying. In other words, in the downwind, the power comes back abeam the numbers with a turn to base shortly thereafter.

Except Ive noticed a curious thing: Many pilots decrease the power, slow down a little but extend the downwind for another half mile before turning. Great idea in a cabin class twin, overkill in most piston singles and especially a trainer.

Why not pop the carb heat, pull the power to idle – yes, idle – and start the turn to base when your downwind intersects a 45-degree line from the runway numbers or the point of intended touchdown? This will generally yield a rollout on final between and 3/8ths of a mile, which is just about right. No one will complain about an even shorter final, one in which you start the flare a few seconds after rolling wings level from the base turn.

The power-off landing resurrects those skills you learned as a student, specifically how to touchdown at a pre-determined point by playing a turn and descent angle from gliding flight, without resorting to power. In short, its just the skill youll need if you ever have to do a real-world power-off landing after an engine failure. Of course, youre giving up practicing those long, power-on drag-ins, which is just as well, frankly. They encourage sloppy, lazy flying.

The tight, carving turn to touchdown can be a terrific airspeed control exercise and with enough practice, you can make reliable, power-off short-field landings that are both more challenging and more fun than always dragging the airplane in from a mile out.

Some pilots argue that you cant do this sort of thing in a heavy single, say a Saratoga or a Cessna 210. But thats like saying the airplane will fall out of the sky if the engine quits. Its simply a matter of finding the right airspeed and glide angle to the runway, which you can only do by practicing. Admittedly, in heavy singles, carrying some power will make the descent less hair-raising but the pattern still neednt include a final that extends over the horizon.

Of course, if you dabble in power-off base-to-final patterns and you actually use idle power, youll have to decide if you believe in the shock-cooling demon. I dont and manage power accordingly.

Sequence and Interval
Flying by the numbers is thought to be a good thing. Its sort of like using a checklist and printing out a weather briefing; its supposed to make you feel, well, professional. But that doesnt mean the numbers cant be bent a little now and then and, occasionally, discarded entirely.

Heres an example: I was giving a flight review to a recently licensed pilot who had just bought a nice V-tail Bonanza. In the downwind, we were blistering along at 100 knots, about to chew the tailfeathers off a Cherokee ahead of us who was probably chugging along at 70 knots.

Seeing the impending crunch, the Bo pilot started to veer right, planning to fly a wider downwind and, of course, a longer final. (The Cherokee was already too wide, clearly having fully matriculated in the B-52 school of pattern flying.)

Why not just slow it down? A lot, I suggested. The pilot seemed stricken at the notion of flying the downwind slower than 100 knots. After all, he had been taught to fly by the numbers and 100 knots was the by-god number for the downwind.

But consider this: On every flight review youve ever had, youve gone out and practiced slow flight, right up to the bitter edge of controllability. While its true that this is just a training exercise, its also true that it can be put to practical use by flying a slow downwind or base to let traffic ahead stretch out the interval without making the pattern physically larger. This is preferable to an airplane thats only slightly faster flying a wider pattern behind or to the right of one thats only a little slower.

Another rule of thumb worth ignoring at times is the standard advice to turn base leg only when the traffic youre following turns final and then passes behind your left wing. (Or your right wing, for a right pattern.) If the spacing is just so, this works out fine. But how often does that happen? If theres another airplane on final already turning too long, youll soon have a two-mile final that will, rightfully, have everyone exchanging verbal swipes on the Unicom frequency.

Theres another way. On the downwind, simply slow down to the lowest comfortable airspeed and start your base turn when the airplane on final is halfway between the spinner and door post. Make the turn leisurely and by the time you roll out on final, the interval will be adequate. It may even be too large.

Speaking of which, how much room does the airplane ahead of you deserve? Answer: Enough. Its really your call, too, not his. Some pilots erroneously believe theres an FAR prohibiting two airplanes from occupying the same runway at the same time. Thats wrong, of course, although controllers are required to provide runway separation at airports with control towers. (For the record, the required separation between two small aircraft occupying the same runway is 3000 feet.)

So, at an uncontrolled airport, if you deem it safe to land 2000 feet behind another airplane just rolling out, thats your business. If you can do it without creaming the guy, have at it. In the end, its simply a matter of skill and judgment. If theres any doubt, thats why you practice go arounds.

Common Courtesy
CFIs and pilots far more diplomatic than I can sweet talk a pattern miscreant into doing the right thing. In the example I cited above, the right words might have coaxed the Cessna to tighten his pattern up and we would have all been better off.

Ive found that pilots tend to be sensitive about on-air discussion of their disappointing performance. As pilots, all of us tend to invest a degree of our fundamental self worth in our flying skills and when another pilot chips away at that, the criticism hits close to home. So I usually keep quiet and suffer in silence. But common courtesy is often repaid in kind. And so are bad manners.

Pilots who barge into the pattern at all speeds and altitudes then chew out anyone who gives them grief can expect to get an earful in return. Its embarrassing, really. If youre courteous in your on-air requests for modifications in how another pilot is flying the pattern, chances are youll be met with cheerful compliance.

At my non-towered airport, theres a note in the Airport/Facility Directory that specifically prohibits practice low approaches to runway 36 when runway 18 is active. The prohibition makes perfect sense and, of course, everyone merrily ignores it by working out separation and traffic details on the Unicom frequency.

When the stakes are high, everyone pays attention and stays on their best behavior. This cooperation will probably be short-lived, however. Our airport is supposed to get a tower within the next few months which, in my view, is a crying shame. Weve worked so hard over the years to develop pattern procedures that work – well, sort of – that we all know the tower will do only one thing: Bollix it.

When hes not jumping out of perfectly good airplanes, Paul Bertorelli is an ATP/CFII and editor of The Aviation Consumer.