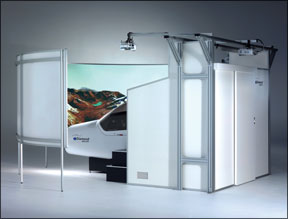 Todays typical flight training curricula are largely maneuver-based, with little emphasis on higher order pilot skills, especially risk management. At its heart, the typical curriculum is designed to train a pilot to pass the practical test for the certificate or rating he or she seeks. A rare curriculum includes training to identify, assess and mitigate risk.

The Past may not be Prelude

You may wonder how pilots have managed all these years to avoid accidents because of insufficient risk management training. In all too many cases they havent, but for the vast majority who do, its interesting to look at the dynamics of the flight-training environment, past and present.

In a previous issue, our esteemed editor noted that his initial flight training was conducted by older and more experienced instructors than is the typical situation in most schools today (Aviation Safety, September 2010, Editors Log, “Revamping Training”). These individuals were able to impart their collective wisdom in a way that touched on practical risk management. In my own case, learning to fly in the very early 1960s during high school, my instructors were all grizzled veterans in their late 40s or early 50s with four- and five-digit certificate numbers who learned to fly in the 1930s. They were usually men of few words (except when I screwed up) but they did have much more experience and wisdom than todays typical practicing entry-level instructor. If you listened carefully, they would say something that would stay with you. I will never forget my second flight: As I started a left turn, the instructor in the Cubs front seat jerked the stick away and leveled the plane. He then turned to me and said, “Always look for traffic before you begin the turn; you know, this business is as safe as you want to make it.”

What Does The FAA Require?

With todays advanced technology high-performance airplanes and our complicated National Airspace System, we cant depend on word of mouth or tribal wisdom to cover our future risk management training needs. Instead, we need to develop and use specific products and techniques to address the issue. Does the FAA have anything to say on the subject?

Until recently, the answer would have been “not much.” The FAA did, however, revise its Aviation Instructors Handbook (FAA-H-8083-9A) in 2008, with Chapter 9 devoted to risk management. In addition, the agency in 2009 published a dedicated Risk Management Handbook (FAA-H-8083-2). Also, there is some guidance material published on the FAAs Web site, www.faa.gov, under the FAA Industry Training Standards (FITS) program. These are admirable efforts accomplished with industry input, yet they do not provide complete guidance for teaching risk management. Both handbooks are also weak on the subject of risk mitigation.

More disturbing is the state of the actual testing standards. Neither the knowledge test question banks nor the practical test standards fully reflect the FAAs latest doctrine and guidance. In the recently issued Instrument Rating Practical Test Standards (FAA-S-8041-4E, January 2010), there is a risk management section but related sub-tasks are not integrated into the areas of operation and task elements in the main body of the document. Although it takes time to revise material of this nature, the real reason for the sluggish movement is mostly cultural, both in and outside of the FAA. Well save that for a future article.

Until FAA testing standards fully reflect the full range of essential risk management tasks, its unlikely actual flight training in these important skills and concepts will be conducted on a widescale basis. Until that time, we must depend on the courseware and training providers to take the initiative and begin the necessary transition.

Id like to report the courseware producers or other elements in the general aviation community have developed risk management training products, but thats generally not the case. King Schools has developed a series of products under their “Practical Risk Management” series. The Kings also teamed with insurance provider Avemco to offer insurance discounts to those who complete certain risk management training.

Given the general principles described in that sidebar, what might common training flights look like while following a proactive risk management teaching approach? The examples listed in the sidebar at left illustrate a new approach that doesnt just emphasize mechanical adherence to pure maneuvering but allows the student to think outside the box.

These examples are only meant to illustrate how the instructional community might take the initiative to develop some best practices, implemented within the context of the current training system, to emphasize teaching effective risk management. More comprehensive changes and reform may require rethinking the entire training process.

While I believe its possible for individual elements of the general aviation community to improve our approach to risk management training, it would be more effective if the entire community would join in this effort. Inevitably, this will require the FAA to participate, but it might not be that difficult. During the 2010 Experimental Aircraft Associations AirVenture in Oshkosh, FAA Administrator Randy Babbitt called for a 50 percent reduction in general aviation fatal accidents over the next five years. In my view, this goal is only reachable if we take a risk-based approach to accident reduction. The process would need to tackle the entire infrastructure supporting our flight training system, including at least the following elements.

Completely revising FAA testing standards, including the PTS, to reflect emphasis on risk management, as well as new aviation technology and an evolving airspace system.

Developing and implementing new curricula reflecting the practical use of aircraft in todays system and the use of risk management to reduce fatal accidents.

Given the scope of the above changes, it might be desirable for the aviation community to begin a dialogue on this subject and stage forums which address not only risk management but the entire subject of flight training “reform” and how this should play out. Even as I write this, there are already rumblings within the community that the time for this might be right.

Any prospects for effective change inevitably get tied up in the mechanics for collective industry/FAA action. In fact, the “politics” of aviation safety can be complex and messy. With this in mind, its fair to ask: Can the general aviation community and the FAA work together behind the scenes to address safety issues?

Wasnt the FITS program created to do this? Do we have any examples of how integrated training curricula work? What about the challenges of a new generation of single-pilot turbine aircraft? Is it really possible for the wider general aviation community to mobilize behind this? Finally, what will all of this mean to individual general aviation pilots, flight instructors and others who have a stake in it all?

These are all good questions, and ones I faced while serving at the FAA, at Eclipse Aviation and continue addressing in my consulting. In the coming months, well address these larger issues from the perspective of all three worlds.

Bob Wright holds an Airline Transport Pilot certificate with four type ratings, including the Eclipse 500 single pilot, has more than 9100 hours and holds a Flight Instructor Certificate with single and multiengine, instrument and glider ratings. The opinions expressed in this article are not necessarily those of any client he represents.