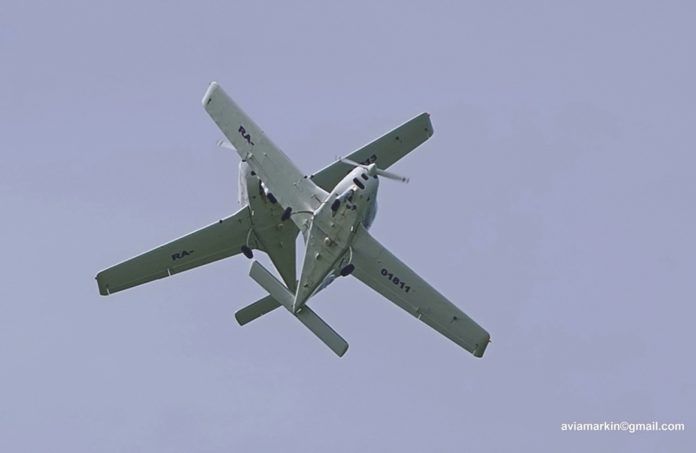 Staying ahead of the airplane is a concept we often hear about from instructors or in hangar-flying sessions. On one level, it’s self-explanatory: Pilots need to understand where the airplane is, where it’s going and when it’s going to get there. The accident record is littered with examples of why this need exists, and evidence that pilots don’t always meet it.

As someone who’s researched my share of aviation accident reports over the years, it’s frustrating to dissect those reports and pick out the various missteps made and the points at which a change in direction, a precautionary landing or other mitigation would have altered the outcome. Loyal readers of this journal understand that aviation accidents aren’t preordained and, instead, often result from a complex series of events occurring over time. It’s often called the accident chain, a term recognizing how these events are linked. Often, individual events occurring in an accident chain, by themselves, would not result in a new accident report. The accident chain concept has great value, but I’ve come to think of it as a trajectory instead of a chain.

Some definitions of “trajectory” include the concepts of position and momentum. I think that’s a great way to think about flying an airplane. Along a trajectory—whether it’s from Point A to Point B or from takeoff to climb—we have the opportunity to modify where we’ll be after the next minute, or the next hour.

Too often we compare piloting to driving a car. There are some similarities, of course, but the task becomes fundamentally different when we add the third dimension of altitude to the basic left and right, forward and reverse, of terrestrial transportation. That’s the “position” element of the trajectory concept as it applies to piloting.

But the trajectory concept also includes momentum, which implies both the passage of time and changes in position. Time obviously passes when we engage in other activities, like driving, but our momentum may not be as great. Once we’re aloft in an airplane, time passes at the same rate but our momentum (hopefully) is greater.

Put another way, we cover greater distances for a given unit of time—have greater momentum—when we fly than in any other activity. Flying makes the passage of time more important to our activity because of our trajectory’s momentum. Instead of the three-dimensional world we live in normally, when we’re in the cockpit we’re actually in a world where the fourth dimension becomes as important as the others.

This isn’t new. Denizens of the FBO lounge refer to the four-dimensional world of flight as the aforementioned staying ahead of the airplane. You’ll hear pilots being judged on their relative ability to get ahead and stay ahead. That’s true whether the airplane is a Piper Cub or a 747.

When I think of flying as an exercise in managing trajectories, I boil it down to two basic types: short- and long-range trajectories. The short-range flavor is more concerned with performing individual tasks—considering a flight plan, completing a checklist, complying with a clearance, taxiing to and from the runway. Short-range trajectories usually don’t involve much momentum but they are the steps we need to take before and during our ride along the long-range version. Think of them as tactical in nature and heavy on details, rather than strategic.

Managing a short-range trajectory requires a different skill set than, say, those we use to manipulate the stick and rudder. It’s more akin to a to-do list: Item A, then Item B, wash, rinse, repeat. An example would involve departing a towered airport. In addition to the steps necessary to preflight the airplane and start the engines, there’s an ATIS to obtain, a ground controller to contact, a taxi clearance to write down and a control tower to contact before takeoff. All of these steps must be performed in order and their outcome—the information received—provides the momentum to move us from one position along the flight’s trajectory to another. Another example would be the simple task of lowering the landing gear before landing. Its trajectory is explored in the sidebar above.

Of course, the flight itself is a long-range trajectory. It starts with preflight planning, including fuel, weather at the departure and destination airports, time of day considerations—you get the idea. Completing a task carries you to the next one. En route, your trajectory is managed by tasks like ensuring sufficient altitude, steering clear of thunderstorms and preparing for the arrival and landing. In fact, I prefer to think of the trajectory itself as something of an arc, which also works to conceptualize them as a climb, cruise and descent, with appropriate tasks to be completed during each segment.

One of the things I remember most about my primary instrument instructor was his reminding me more than a few times, “Now, while you’re flying straight and level, is a good time to set up for the approach.” His admonition urged me to get and stay ahead of the airplane, consider its present trajectory and prepare for a new one, an instrument approach. He wanted me thinking about what it took to transition from cruise to descent and approach, and to the upcoming landing.

When thinking of trajectories in the cockpit, it’s natural to think of their tactical nature—a series of specific steps performed in a specific order to accomplish a task—as the flow method of performing checklists. But just as when conducting a flow check of the airplane’s configuration, we suggest following a cockpit trajectory by backing it up with at least the cursory performance of a formal checklist. Using the Bonanza cockpit above as a template, here’s an example of how that trajectory might look when the task is lowering the landing gear:

Steps 2&3: As necessary, use the tachometer and manifold pressure gauge, plus the power controls, to reduce power and decelerate to an appropriate speed.

Steps 4&5: Presuming power is reduced and the airplane begins to slow, manage the airplane’s attitude with the pitch control and retrim as necessary.

Step 6: After the steps necessary to slow the airplane and maintain its altitude, extend the landing gear with the switch.

Step 7: Monitor the landing gear extension system to verify all in-cockpit indicators depict a successful change in the airplane’s configuration.

A significant element of that trajectory—what got me to thinking of piloting as trajectory management—is the airplane’s actual flight path, how its position and momentum are going to combine with time to place it somewhere else, perhaps more quickly than we’re prepared. This way of thinking about trajectories has implications for many maneuvers we routinely fly.

We especially manage trajectories when we land or take off, climb or descend. But we really need to think more often about where the airplane will be in, say, five minutes, ten minutes, one minute. Popular electronic flight bags offer to display a range ring showing where the airplane will be in a series of minutes or miles if its trajectory remains constant, which is another way to think of trajectories.

Airmanship isn’t just about the mechanics of getting from A to B. There’s a professionalism expectation, too, and staying ahead of the airplane—managing its various trajectories—is a big part of that. Knowing its position and momentum at all times is fundamental. The thing so many pilots keep forgetting is that wherever we think that airplane is, by the time we’ve formed that thought, it’s already somewhere else. To get and stay ahead of it, we’ve got to think about where it’s going to be next.