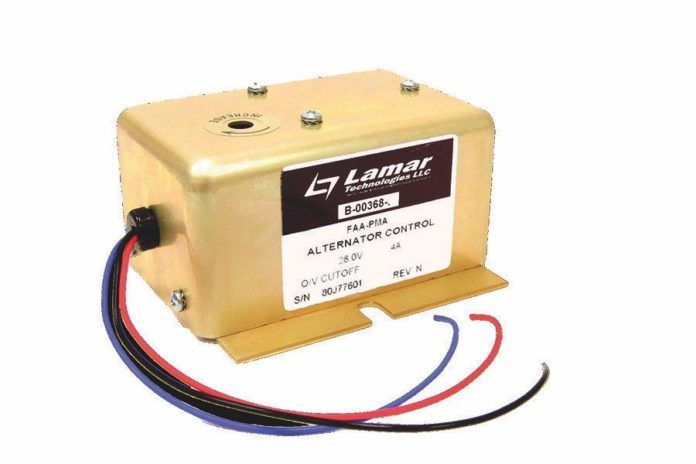 Overvoltage warning light illuminated during operation. Installed new voltage regulator (p/n R1530B), started engine, switched on electrical system and the warning light came on. After troubleshooting with manufacturer’s service department, unit shorted internally, which the manufacturer would not warranty because they said the alternator was at fault. Replaced faulty new regulator with part number listed in parts manual—system works fine. This unit will not work with this system no matter what the manufacturer says.

During cruise, both alternators dropped off line, and a smoke odor was noted in the cockpit. The aircraft diverted and landed safely. Initial corrective action included adjusting installation clearance and removing/replacing left and right voltage regulators. Both actions resulted in satisfactory ground runs but the problem recurred after several minutes of flight. After further inspection involving removal of floor panels, wall panels, engine cowlings and stub wing panels, an alternator field fuse was found loose in its housing. After correction, aircraft checked good and was released for a satisfactory functional check flight.