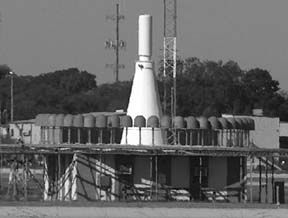 IFR GPS is becoming a standard for instrument navigation. VFR GPS has long been a standard for fair-weather fliers. But lurking in the background is that old reliable, like the friend you can take to parties when you cant get a date. Were talking, of course, about the VOR.

Though its still a de facto requirement for IFR flight, VOR plays second fiddle to GPS in many cockpits. That diminished status threatens to cause its own problems as pilots lose sight of the inaccuracies of VOR and the need to check the receivers monthly.

The FARs are clear on the need to check and record the accuracy of each VOR once a moon. They even stipulate how close is close enough. But within the allowable tolerances is the very real possibility that you may be far from where you think you are when youre flying along an airway or even shooting a VOR approach.

The accuracy issue with VOR is a classic case of small errors adding up. VOR stations require substantial maintenance and most are monitored for accuracy, which are among the factors that have the FAA licking its chops over WAAS. The station course alignment is generally plus or minus 1 degree, but it can be up to 2.5 degrees.

The on-board operational check allows more error. Acceptable CDI deviation can be 4 degrees on a ground check or 6 degrees on an air check. In the case of a check of two VOR receivers against each other, the actual error could be unknown if the signal was somehow ambiguous or in the unlikely event that both units suffered similar inaccuracies.

Added to this uncertainty is the difficulty in selecting an OBS value that is precisely the one you intend. This point is moot during a VOT check on the ground, but certainly comes into play when setting or determining a radial based on the incoming signal.

The combination of the small scale on the CDI, coupled with parallax error that stems from the position of the instrument, and its easy to introduce another two or three degrees of error – more if the pilot wears bifocals or trifocals. One solution to that is to opt for digital equipment that displays the selected radial as a number in addition to providing the conventional compass-type card.

If all of the errors occur in the same direction, the airplane may be 10 degrees or more off course with the CDI centered. Granted, its worst-case scenario, but worth considering for pilots who are used to the set-it-and-forget-it accuracy and reliability of GPS.

Another trap for GPS navigators who may unexpectedly resort to VOR is that VOR accuracy errors grow with distance from the station. When using GPS, deviation from the course centerline is displayed on a constant scale. During en route flight, one dot off is one mile regardless of whether youre 40 miles or 40 feet from the waypoint.

With a VOR, one dot off is two degrees. That means a thousand feet off course at 5 miles out and a half-mile off course at 15 miles out even if the accuracy of all of the equipment is perfect.

While that angular deflection gives you room to fly sloppily when some distance away from the station, it makes precision all the more important when you get close. In that case, consider using rudder rather than aileron to make course corrections as you get close, particularly in gusty conditions. Even better, establish a good heading as you approach the station and hold that heading as the VOR scallops and sways and otherwise attempts to confound you.

Do not be surprised when an airway that passes directly through a VOR has a course one one side that is not a reciprocal of the other. Not only do airways zigzag, but they also must be periodically adjusted to account for magnetic variation. Those differences, however, tend to be small, only a degree or two at a time, and likely fall under your ability to accurately hold a heading.

Bogus Signals
However, there are several specific regions of flight where the VOR does in fact provide unreliable signals. The most common, of course, is a cone expanding upward from the VOR transmitter itself.

A second region that also provides uncertainty, and that is an area that extends to both sides in fans of about 20 degrees. The placement of these fans depends on the OBS setting.

Lets say youre flying north and have the OBS set on 360, but youll be transiting the space to the east of the VOR rather than right over it. Youll get a FROM indication until you get to about the 100 degree radial, then the signal will waver until you pass the 080 radial.

Pilots who chase the needle rather than flying the heading that keeps the needle in check are more likely to be confused by the ambiguity, especially if there are substantial crosswinds and the airplane is flying at a relatively high altitude.

Terrain can also induce errors. Mountains and other phenomena can cause the VOR signal to be unusable in certain locations. These spots are generally known and are identified in the Airport/Facility Directory. The A/FD also identifies periods when the VOR is unmonitored, if any, which should provide additional incentive should you be using that navaid during a period during which its not monitored.

Cover Your Nav
When navigating by VOR, even a VFR GPS can provide valuable guidance by acting as a reality check that things are not what they seem. A compendium of errors, or even one big one, generally shows up as a marked disagreement between GPS position and VOR position. Note, however, that you should always expect some error.

Some pilots make the mistake of comparing the VOR position as indicated by the VOR receiver with the position of an airport that carries the same name as indicated by the GPS. Depending on the GPS model involved, you may have to specifically identify it as a VOR when you select it from the GPS database. The difference in position between the GPS waypoint that identifies an airport and the waypoint that identifies an on-field VOR may be a half-mile or more.

When VORs were developed 50 years ago, they represented a quantum leap in accuracy from NDBs and radio ranges. However, in the demanding modern environment, GPS shows how VOR navigation, while fairly good, has some inherent weaknesses.

Pilots who use VOR as a backup rather than primary nav choice may find those inaccuracies surprising, given the improvements brought by satellite navigation.

Also With This Article
Click here to view “VOR Gotchas.”