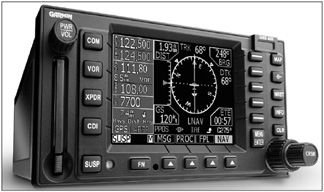 Remember the Microwave Landing System (MLS)? Back in the 1980s, the FAA touted MLS as the successor to the venerable ILS, or instrument landing system, then in widespread use. Well, some 20 years later, the ILS is still going strong-in fact, if you need 200-foot and -mile approach minima, or better, its the only game in town for the vast majority of operators. The MLS program, meanwhile, turned out to be too complex and expensive even for the FAA-whodathunkit?-and has mostly been relegated to aviation trivia quizzes and opening paragraphs like this one.

But theres a new player on the horizon, one the FAA promises will put a Category I (200 feet and mile) glideslope at just about every runway.Its called the Wide Area Augmentation System, or WAAS, and it might also help enhance aviation safety when its fully operational throughout the FAAs National Airspace System. More on that in a moment.

What Is WAAS?
Existing GPS signals do a decent job in the horizontal dimension. If you need proof, just set up your navigator to shoot a straight-in GPS approach, couple up your autopilot and tell these black boxes to take you to the runway. If your equipment is within limits, you should end up right on the desired runways centerline-the stuff is that good. Youll have to manage the descent to the approachs minimum altitude yourself, however. And theres the rub: Unaugmented GPS doesnt do as well in the vertical plane. In fact, to meet vertical-navigation resolution requirements, it needs help. Thats where WAAS comes in.

When its fully implemented in 2007, WAAS will use some 25 precisely surveyed wide-area ground reference stations (WRS) to augment the GPS standard positioning signal. These WRS facilities are strategically positioned throughout the U.S.-including Alaska, Hawaii and Puerto Rico-to collect GPS satellite data. In turn, each WRS in the network relays the data to a wide-area master station (WMS) where the correction information is computed. Using this information, a message is developed to correct any signal errors.

These correction messages are then broadcast through geostationary communication satellites (GEO) to receivers onboard aircraft using the same frequency as GPS. Using these messages, a WAAS-capable GPS navigator then corrects the unaugmented signal received by the navigator. In addition to providing the correction signal, the WAAS GEO provides an additional pseudorange measurement to the aircraft receiver, improving the availability of GPS by providing, in effect, an additional GPS satellite in view. The integrity of GPS is improved through real-time monitoring, and the accuracy is improved by providing differential corrections to reduce errors. The performance improvement is sufficient to enable approach procedures with GPS/WAAS vertical guidance.

This correction provides the additional accuracy, availability and integrity necessary to enable users to rely on GPS for all phases of flight.These flight phases include en route, terminal, non-precision approaches and the planned Global Navigation Satellite System Landing System, or GLS, precision approach for all qualified airports within the WAAS coverage area.In addition to the increased number of runways with a precision approach, the transition to WAAS-enabled GPS as a primary means of navigation during an approach also means the FAA could do away with VORs, DME, NDBs and many ILS installations. The cost savings would be huge, and dont think the agency hasnt thought out that.

One downside to all this is the operators wallet. As good as GPS is in todays operational environment, a huge number of aircraft lack a GPS navigator certified for IFR approaches. Eventually, not having a WAAS-enabled GPS navigator could mean you can no longer get into the airport closest to grandmas house.

No More Dive And Drive?
Because of its enhanced vertical guidance and ability to generate an electronic glide path, WAAS may eliminate the old-style dive and drive method of shooting a non-precision approach (NPA) once its LNAV/VNAV approaches become more widespread. (According to AOPA, there were about 500 of them in place a year or so ago.) For those not familiar with the term, dive and drive refers to the time-honored practice of initiating a rapid descent once an appropriate step-down fix is passed on a non-precision approach. The idea is to get down to the minimum descent altitude (MDA) early, to increase the chances of spotting the runway environment and making a successful landing.

The downside of this practice includes a couple of things. One, using it creates a higher workload for the crew, since they must confirm passing the fix, begin a rapid descent close to the ground and then level off at the MDA.Thats the dive portion of the procedure. The crew then implements the drive portion and motors off toward the runway, maintaining a level altitude until in a position from which a landing can be made.

The other downside is, well, screwing it up. A moments distraction close to the point at which the MDA is reached and the crew could find itself in the weeds. Its happened a good bit. Another downside is mistaking one fix or another and descending too early. Again, its happened and a controlled-flight-into-terrain (CFIT) accident is one result. With that in mind, using a WAAS-enabled navigation unit to generate a VNAV solution will result in a reduced cockpit workload, a more stable approach and help reduce CFIT.

Of course, theres no free lunch. A constant-angle (VNAV) descent from, for example, the final approach fix (FAF) to a position from which a landing can be made could well take the flight over a slightly higher ceiling and deposit it at the bottom of the electronic glide path in an area where the ceiling is lower than only a mile or so away. A missed approach would be the result. Conversely, using the dive and drive method can sometimes increase the likelihood of sighting the runway and making a successful landing.

Another downside is that a constant-angle descent will require better airspeed control and planning on the part of the pilot. We all like to think we can handle that task, but conflicting traffic, a late descent outside the FAF, a tailwind, turbulence and other factors can combine to help us mismanage our descent. The result would be a missed approach, just the same as if one ended up high on an ILS glideslope close to decision height.

The end result is that a bunch of pilots who were trained to use the dive and drive method of shooting an NPA-including yours truly-may have to unlearn that skill. Since we also learned to fly an ILS, it shouldnt be that hard, requiring only some practice and planning.

Timing
The WAAS signal was commissioned on July 10, 2003, and is fully implemented, according to the FAA. The agency says that WAAS coverage extends to 98 percent of U.S. airspace-including Alaska and Hawaii-and that the only work remaining involves optimization: fine-tuning existing software to enhance efficiency and updating existing hardware.

During 2005, four more ground reference stations will be commissioned in Alaska. Additionally, three must be installed in Mexico and four in Canada. All of this work is expected to be concluded sometime in 2007.

Is WAAS Safer?
Using GPS augmented with WAAS just about has to be safer. Its more accurate, more reliable and more repeatable, and will allow precision approaches to runways which have never before the capability. Still, it is slightly more complicated, since crews will have to monitor the WAAS signals integrity in what is usually an already-high workload.

Finally, if WAAS helps to minimize CFIT accidents by eliminating the dive and drive style of non-precision approach, itll be worth it.