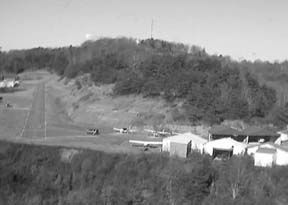 My Mooney needed a trip to Evansville, Ind., for some avionics work. A straight-in to the 3,500-foot east/west general aviation runway at my destination would put me right at the radio shops front door upon exiting the runway. I asked approach control for that runway instead of the usual 8,000-foot ILS runway.

On the Evansville Approach frequency with me was a King Air 200. After hearing ATC issue me a visual approach to the GA runway, the King Air pilot requested the same. He felt the need to rationalize his request, and explained to the controller that he was scheduled to fly into a short runway later in the week and wanted to make sure his airplane was capable.

I bit my tongue, but I wanted to make a suggestion to the King Air pilot: The performance he really needed to check was whether his airplane was capable of safely taking off on that short runway. From Cessna 150s to jets, most airplanes will land shorter than theyll take off, and in the case of the King Air 200, the book takeoff distance is about 500 feet longer than the landing distance.

An Iowa-based Civil Air Patrol squadron learned that lesson tragically last year. The squadrons Cessna 182 with instructor and student aboard landed successfully on a short grass strip but crashed on takeoff from the same runway when control was lost trying to avoid a power line on departure.

According to AOPA Air Safety Foundation research, 50 percent of all flying accidents occur during the takeoff and landing phases of flight. Loss of aircraft control is the leading causal factor and accidents on landing are more prevalent than on takeoff, but there are roughly twice as many fatal takeoff accidents as fatal landing accidents.

Three very important factors are in play when evaluating take-off versus landing distance, Baker says. First is aircraft weight, second is the lift available at a given speed, and third is the excess power/thrust available.

Aircraft weight has the single biggest influence on an airplanes performance. Weight directly influences the magnitude of the acceleration (takeoff), or deceleration (landing), based on the net takeoff thrust, or net stopping force, he says.

The excess power/thrust available is that which is in excess of the power/thrust required for a constant level flight airspeed.

Since take-offs are usually performed at a higher weight than landing, utilizing a lower flap setting, and higher take-off speeds, greater distance is required to become airborne, he says. Even with the lower drag associated with the lower flap setting, given the power loading of most light GA aircraft, the take-off distance will be greater than the landing distance.

The bottom line, says Baker, is a pilot should consider the take-off distance over a 50 foot obstacle as the limiting criteria when evaluating the suitability of a particular runway.

This presupposes, however, that your short-field landing technique is up to snuff. If there are obstacles on the approach end of the runway or you cant consistently hit a landing spot, the distance youll require to land may, in fact, exceed the distance youll need to get out.

Book numbers are important, but so are the numbers you can generate, rather than just those accomplished by test pilots.

Takeoff and landing performance data on all personal airplanes certified under Federal Air Regulations is measured during certification flight testing, he says. The measurements are exacting, using Theodolite cameras (or GPS these days) for precision. Airspeeds flown are dictated by the FARs as fixed multiples of stall speed.

Pilot technique is up to the test pilot, but we try to be conservative and the fly the test how we think the average pilot will, Kromer says. The tests are usually conducted in light winds at the manufacturers home airfield or one nearby. The measured data collected are then extrapolated to various wind, weight, and temperature conditions.

In his experience, the two primary factors that determine takeoff distance are stall speed and static thrust of the engine/prop combination. The two primary factors that determine landing distance are stall speed and brake effectiveness. The simple fact is that most of the airplanes we fly have better brakes than they do static thrust. So we can land shorter than we can take off, he says.

Put Into Use
So taking into account these lessons, it certainly seems pilots considering operating into a short runway should first consider whether they can safely get back out of it. The place to start the runway suitability assessment is the Pilots Operating Handbook.

The numbers contained in a handbook of an airplane produced after the mid-1970s should be relatively reliable since that is when the General Aviation Manufacturers Association adopted a standard handbook format. When CAR-3 gave way to FAR 23 in 1979, the FAA began requiring manufacturers to have the information in the book approved. POHs produced prior to the mid-70s often seem to be as much a product of the marketing department as the engineering department.

The short-field distances described in the takeoff and landing performance section of a POH can be startling. Most pilots wouldnt dream of attempting to duplicate them, but they may foster a false sense of security.

Keep in mind those numbers were developed with new airplanes with new engines and propellers and new tires and brakes. And the source numbers were usually measured at only one pressure altitude, temperature, and wind condition with subsequent numbers extrapolated from those data.

The AOPA Air Safety foundation suggests that pilots use the 50/50 Solution when applying POH numbers to real world problems. The solution is simply to add a 50 percent buffer to the POH performance figure for takeoff (or landing). For instance, if your POH says it will take 1,400 feet to clear a 50-foot obstacle, then make sure you have 2,100 feet available.

When getting ready to depart a runway-limited airfield using POH numbers, pay particular attention to the associated conditions and notes contained in the performance charts. They may specify information such as setting full power before releasing the brake or provide recommended airspeeds to fly until clear of obstructions.

Some airplanes stipulate particular configurations until the obstructions are cleared. In Mooneys and most Cessna retract singles, for example, having the gear in transit reduces performance more than keeping the gear down.

Some POHs only provide guidance for paved, smooth, dry, level runways. Unfortunately, many distance-challenged runways are anything but smooth and level. And some arent paved. In those situations, youre on your own and its definitely time to thoughtfully consider whether even the 50/50 solution might not be conservative enough.

Taking a hint from performance engineer Baker, pilots operating from short runways can provide themselves with maximum operating margins by keeping their airplane as light as possible. A good way GA pilots can manage the weight variable without leaving passengers or bags behind is to carry only enough fuel required for the flight. Even if it adds a fuel stop to your flight, taking off with a reduced fuel load is one of the compromises involved with operating out of short fields.

Consult your POH for specifics, but here are a few things to consider when operating from a short runway:

It should go without saying, but use the entire available runway. Park the tail on the fence.

Set max power before releasing the brakes and use some flaps, usually 10 to 20 degrees. If the runway is not paved or has loose rocks or other debris that may impact the propeller or airframe, a more traditional power application during takeoff roll should be used. But takeoff distance will be increased commensurately.

Rotate at the recommended liftoff speed. Pitch to an attitude that will produce and maintain the best angle of climb airspeed. This will result in a much steeper initial pitch attitude than youre used to in normal takeoffs.

Select a reject point on the runway. A rule of thumb used by mountain flying expert Amy Hoover is that a light GA airplane should attain 70 percent of liftoff speed by the time it uses 50 percent of the runway. If you dont meet that performance point, reject the takeoff.

Use the maximum available flap deflection, especially if an obstacle must be cleared. This produces the slowest possible approach speed and steepest approach angle. Use slips, as appropriate, to further steepen your angle if necessary to clear obstacles. But be careful with slips, full flaps and low airspeed. Some airplanes dont handle well in that configuration and some POHs even warn against it.

Aim to touch down on the numbers. At the very least, youll likely need to be on the ground in the first one-third of the runway. If it appears that goal is not going to be met, go around. Remember that you will touch down beyond the aim point you keep stationary in the windscreen during the approach. In some cases it might be appropriate to select the runway threshold as an aim point

After touch down, smoothly, but aggressively apply wheel brakes with full back stick.

Be spring-loaded to go around or abort the landing if it appears youll land even slightly longer than planned.

-Bill Kight once mistakenly landed a Cessna 210 on a 1,500-foot manicured grass strip for ultralights – and made it back out again.