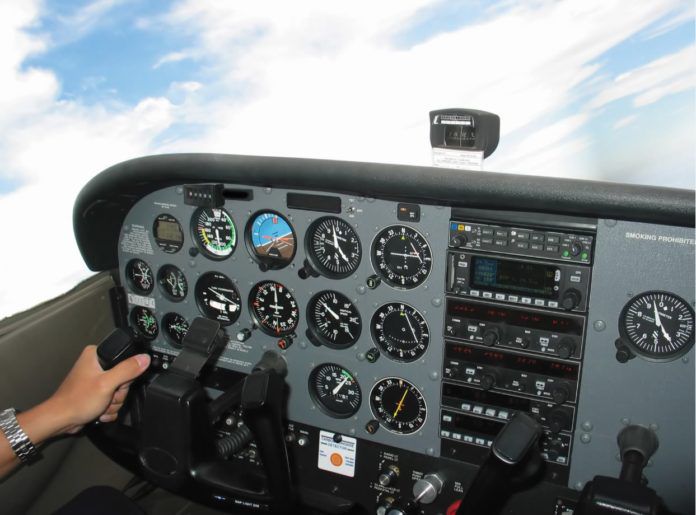 All instruments in your panel lie some of the time. Some of them lie all the time. Even if you have a glass panel that eliminates things like compass turning errors, and it’s connected to an air-data computer so it always know the true airspeed, your back-up systems likely are steam gauges, the old-fashioned, mechanical kind. That’s the bad news.

The good news is we know all about these errors by now. We know to compensate for things like air temperature and pressure, plus the various turning errors magnetic compasses present. We also know that altimeters, being mechanical instruments, are prone to certain errors, often in much the same way as the airspeed indicator.

The cutaway drawing on the opposite page might help refresh our understanding of how changes in air pressure and temperature can affect an altimeter. Basically, the altimeter senses pressure, and displays a lower altitude when experiencing higher pressure and, conversely, a high altitude in low-pressure environments. As the stack of aneroid wafers expands and contracts with pressure changes, a calibrated mechanism moves the needles on its face. The case is connected to ambient air through the aircraft’s static system.

So what does an altimeter measure? If you said something like distance above sea level, you’d be wrong. In fact, the altimeter measures pressure alone. It just happens to be calibrated so that roughly an inch of mercury (Hg) equals 1000 feet (or about 7154 pascals per 1000 meters, if you prefer). That one inch/1000 feet pressure reduction isn’t consistent as we get higher, so at 18,000 feet and above in the U.S. we put 29.92 in. Hg in the altimeter to ensure everyone is reading from the same sheet of music.

This is helpful since someone long ago walked out to the beach one morning with a contraption incorporating a barometer and thermometer, wrote down their readings, and decreed the standard atmosphere to exert 29.92 in. of Hg/1013.2 kPa of pressure at 59 degrees F/15 degrees C while standing at sea level. The 29.92/59F/15C values represent an International Standard Day, ISA.

But in the real world, few days are standard, and corrections must be applied. That’s what we do when rotating the Kollsman window knob and setting the sea level barometric pressure—we’re correcting for observed pressure at a known altitude, and reading indicated altitude on the altimeter. This will be different from true altitude, unless it’s a standard day and there’s no instrument error. Other kinds of altitude are defined in the sidebar on the opposite page.

Temperature also can affect what an altimeter tells us. This results from what the FAA’s Instrument Flying Handbook (IFH, FAA-H-8083-15B) calls “inherent altimeter error,” and results in a higher-than-indicated altitude when the temperature is above ISA and lower than indicated when it’s below.

Things start to get interesting when pressure and/or temperature vary widely from ISA. Many common altimeters can’t be set to a pressure higher than 31.00 inches Hg, for example, or below 28.00 inches. If some combination of admittedly rare atmospherics place the current altimeter setting outside of those extremes, compensation is in order.

In the first instance, an altimeter setting above 31.00 inches, the Aeronautical Information Manual (AIM) tells us ATC will issue the actual value and advise pilots to set 31.00 inches until reaching the final approach segment, if any, when arriving. When departing, ATC will advise pilots to set 31.00 inches “prior to reaching any mandatory/crossing altitude or 1500 feet, whichever is lower.” The AIM also recognizes pressure can fall below 28.00 inches, in which case it says “flight operations by aircraft unable to set the actual altimeter setting are not recommended.”

By now, you may be wondering about what happens when ambient pressure is lower than ISA’s 29.92 inches. Doesn’t that place aircraft lower than their desired altitude? It does, and on such days, FL180 isn’t available. That’s because there will be fewer than 1000 feet between an aircraft at 17,000 feet and one at FL180, with its altimeter set at 29.92 inches (and even less separation between one cruising at 17,500 feet). In such circumstances, which are relatively common, FL180 won’t be available to anyone until the pressure rises back to at least 29.92. The lowest usable flight level will be in accordance with the table on page 9.

Temperature extremes affect the altimeter in much the same ways. Low temperatures can result in flying lower than intended, so corrections are a must. As the sidebar above explains, specified U.S. airports may require altitude corrections when the temperature is even a balmy 10F. At listed airports and at certain colder temperatures, the FAA mandates us to use the ICAO Cold Temperature Error Table, top. Use it to determine the correction, in feet, added to published minimum altitudes. The result is the new minimum altitude for the approach segment.

Additional details on altimeter errors associated with pressure and temperature, see AIM Section 2, Altimeter Setting Procedures. Cold-temperature airport requirements, including a list of affected airports and guidance on applying the corrections, is in Notices to Airmen document available on the FAA’s Web site at tinyurl.com/AvSafe-Notam. Bundle up.