There’s a time-worn technique for flying IFR into an airport that is not served by an instrument approach. Fly the approach into a nearby airport and, when you break out, cancel IFR and fly visually to your planned destination. Although this may seem to be an invitation for illegal scud-running (and I’m certain many have done just that), it can be legal and safe as long as you plan for the transition and maintain VFR for the transitory flight. Here’s how:

Using the information gained above, determine the precise route and minimum altitude you’ll fly between the airports. Compare that altitude to the reported ceiling and visibility at the airport at which you’ll fly the approach. If you’ll be in Class E airspace, your altitude between the airports must be at least 500 feet below the cloud bases and visibility must be at least three miles. If in Class G, you can accept one mile and clear of clouds. Then: 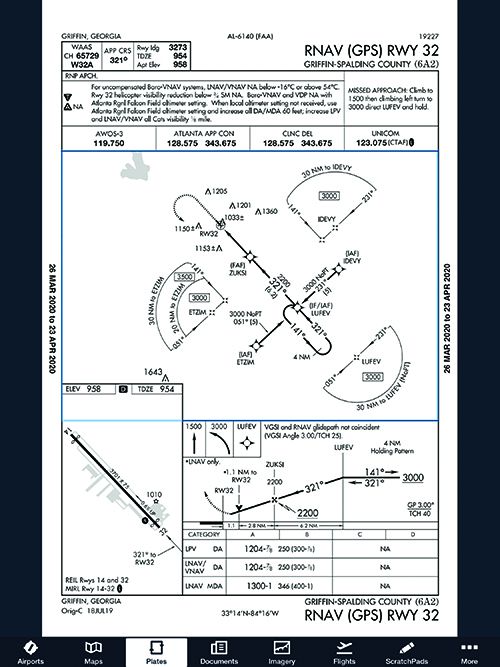 I would not fly more than about 10 or 15 miles using this technique. Also, I would accept a low (but at least marginal VFR) ceiling with excellent visibility, or MVFR visibility but no ceiling. But not both.

Often, as I did at Griffin, it’s better to land out of the approach, then mentally prepare yourself for a MVFR hop to the other airport.