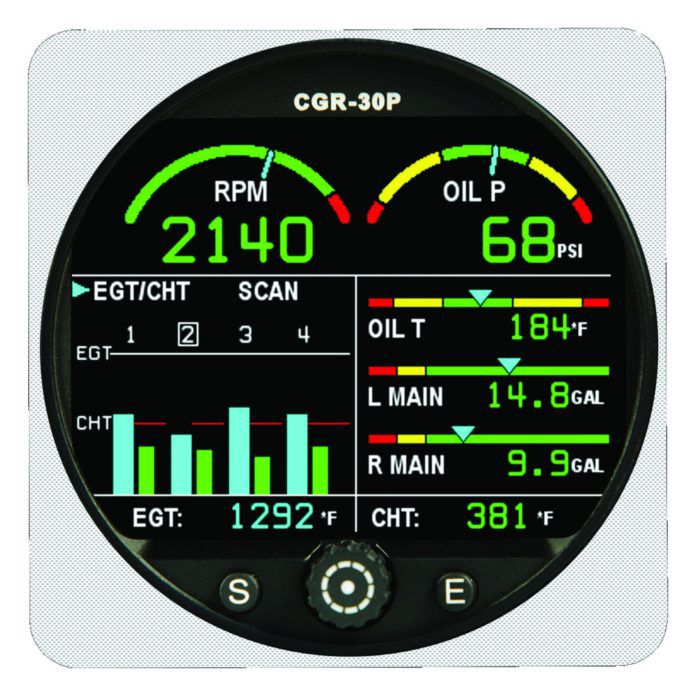 Kudos to Robert Wright for his terrific article (“The Real Risks Of Engine Failures,” November 2018) on engine failure risk management! I guess it struck a resonant chord with me because it embodies all the risk-mitigating factors that I have tried to follow after getting back into general aviation 20 years ago, following 36-plus years of airline flying.

It fascinates me that many GA pilots of single-engine airplanes cruise at such low altitudes. They’re apparently oblivious to the fact that they are flying behind a single engine and if it fails you are on short final to somewhere! Extra altitude not only increases your “radius of action,” it also adds extra time for trouble shooting (which might eliminate the initial problem altogether) and increases the probability that a Mayday call might be heard. The side benefits include greater aircraft efficiency, cooler temperatures in the summer and possibly a smoother ride, in addition to less-congested airspace. Those long, low, flat, power-on final approaches can put you in the trees if your engine even coughs on short final. Keep a little energy in the bank and make it SOP to shoot for a reasonable aiming point on the runway.

I don’t know the actual statistics, but my rule of thumb is that an engine failure at night in a single probably decreases your survival chances by 50 percent. So, I no longer fly at night, even though I probably have 15,000 night hours (in airplanes with two, three and four engines). Night IFR in IMC in a single? Forget it! Too many risk factors can complicate an already challenging task.

I must admit I’m a little thin on survival equipment, but thanks to Mr. Wright’s fine article, I plan to improve that. And speaking of survival equipment, flotation devices don’t do you much good if they’re not being worn! Trying to get into a life jacket or personal flotation device (PFD) in the water—perhaps injured—certainly doesn’t enhance your chances of survival! If you’re going to fly over an expanse of water, put them on before you depart and know how to use them. I believe inflatable devices should have any auto-inflate feature disabled. You don’t want to be pinned to the ceiling of your water-filled cabin because your PFD auto-inflated before you could get out of your sinking aircraft!

No matter who we are or what we fly, I think we can all enhance our survival chances with a little extra on thought toward risk mitigation.

I have been flying for 55 years past solo and have the FAA Wright Brothers Master Pilot Award, but I do not understand the acronyms “PED” and “EFB” in the box on “Catching A Wave,” December 2018.

Sorry. We got carried away. “PED” is a personal electronic device, which often is used to run electronic flight bag (EFB) software. Mega-congrats on the Wright Brothers award!

“Truth in Icing” (December 2018) disappointed with its lack of the usual real-world help I expect from Aviation Safety and its sister publications. I have flown regularly from San Francisco to north of Seattle for the past 10 years, and I have encountered ice at least once in each of those years, summertime flying in the teens.

Considering the Northwest’s cloudy nature, IMC in below-freezing clouds is unavoidable. The ice may be a trace on the leading edge and is found about 50 percent of the time in frozen, scattered layers or when climbing through a layer to altitude. The article would suggest the only avoidance is either don’t fly, or else icing equals declaring an emergency.

There are other strategies which I follow. If ice is accumulating climbing through a layer, carefully watch the rate and be prepared to abort (go back low) if breaking out on top is not forthcoming. If accumulation is in cruise, scattered in and out between layers, be ready to descend if the periodic accumulation exceeds the periodic sublimation. Do not accept an altitude in the clouds, and if above frozen layers, request a delayed descent until they can grant a warm enough altitude. Never do freezing IMC in convective clouds, always go comfortably above the tops (no in-and-out of the tops), always be sure the freezing level is well above the MEA, and escape quickly if ice starts on the windscreen or is anything other than a zero-thickness leading edge frosting.

These strategies preclude flying wintertime IMC for most regions. Have I used the exit strategy? Yes, two times when ice started accumulating at alarming rates, you bet I descended immediately with the freezing level never more than three minutes below. The controllers are always helpful when ice enters the conversation.

Are these strategies consistent with not continuing flight in known ice? Yes, in-and-out is mostly “out,” and climbing out of a layer to the clear is also avoidance. It’s very unfortunate we all feel constrained to talk about this, leaving all the turbocharged plane owners to figure it out for themselves.

It is probably best, if you publish this, to sign it as “name withheld by request.”

That article’s purpose was to bust some of the myths and rationalizations pilots use to ignore known and forecast icing conditions, although it also included some strategies on coping. As you note, “These strategies preclude flying wintertime IMC for most regions,” which we believe includes the Great Lakes, the article’s focus.

As usual, there was lots of useful and interesting information in your December issue. I did have to do a double take while reading the Accident Probe installment on the Citabria crash. You state that the plane was 55 lbs over max gross weight with fuel tanks full and a solo pilot. Three-fourths of 35 gallons would be about 27 gallons, or 162 lbs. Add this to the 1150-lb empty weight you report in the “Aircraft Profile” and you get 1312 lbs. Other sources report an empty weight of 1110 lbs for a Bellanca 7GCBC Citabria.

At any rate, if 1312 lbs is subtracted from your reported estimated weight of 1705 lbs, you come up with a pilot who weighed 393 lbs! If an FAA-typical 175-lb pilot is added, the total for takeoff would be 1487 lbs, or more than 150 lbs. less than the maximum takeoff weight, and more than 200 lbs. less than your reported estimated weight. Seems to me that there must be a mistake somewhere, or else the pilot was a former offensive lineman.

We often omit some accident details to make everything fit in the space allotted. This was one of those times. According to the NTSB, the pilot and his winter clothing weighed 219 lbs., and there were 97.5 lbs. of unspecified cargo aboard. The accident airplane had been modified with all-metal wing spars and a ski kit. Its empty weight was 1218 lbs. 1218 + 15 (oil) + 219 + 97.5 + 156 (fuel) = 1705.5. The empty weights and other basic data we list each month in Accident Probe are courtesy of the Aircraft Bluebook Price Digest.