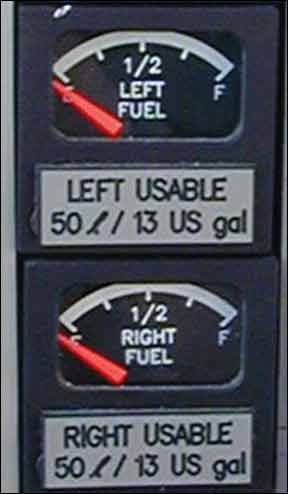 There I was, a cocky preppy with an airplane, trying to get home after a week at the beach. I’d flown a borrowed Skyhawk about 3.5 hours since full tanks, leaving me about 1.5 to dry ones. It was Sunday and the weather sucked. I could get out fine with an IFR clearance, but the beach-side airport where I landed had no fuel.

Remember how the IFR alternate rules work when filing a flight plan? If the destination airport TAF or area forecast, within an hour either side of your ETA, advertises less than a 2000-foot ceiling and three statute miles, you need to file an alternate airport in your flight plan. In turn, that alternate airport has to have a forecast of 600/2 for precision approaches or 800/2 for non-precision. No problem. My destination was advertising something like 1500/5. I could get there VFR, but I had to file an alternate.

The weather where I was mandated IFR; my preferred destination for a fuel stop was 20 minutes away. I had plenty of gas to get there, plus some other places. But did I have the gas to get there, miss an approach, divert to an airport another 20 minutes beyond the first, plus another 45 minutes. Forty plus 45 is 85; I had 90 minutes of fuel. At cruise power. But not with two takeoffs and climbs, with their greater fuel flow. The math wasn’t going to work.

I knew the weather at my destination would improve with the morning sun, so I called Flight Service to file a flight plan. I filed to XYZ Municipal, then listed XYZ Municipal as the alternate.

“You can’t do that,” the briefer piped in.
“Can’t do what?” I asked.
“Can’t file your destination and your alternate as the same airport.”
“Even if it meets the criteria?”
“Sorry.”
“Where’s it say that?” I asked.

We finished the flight plan, I took off, picked up my IFR clearance, motored toward my destination into improving VFR and landed about 20 minutes after I took off, having canceled IFR 10 minutes later. I had an hour’s fuel remaining.

Was I legal? No way; I certainly violated the spirit, if not the letter of the ambiguous regulations. It worked, but it wasn’t how you or I should do this.