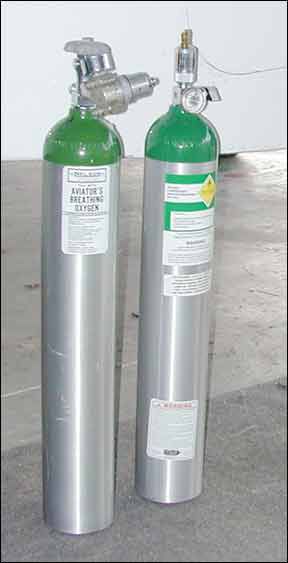 Although my airplane doesnt have a turbocharger, I regularly cruise at altitudes where supplemental oxygen is either required or strongly advised. My personal rule is to use it when above 10,000 feet msl for longer than an hour, or anytime at or above 12,500 feet. Thats during the day; at night, I use it when cruising above 8000 feet.

But for the solo flight in question, I planned to be at or below my oxygen altitudes. Although I had a full bottle aboard the airplane, it was buried in the baggage area, under all the gear I needed for my two-week business trip.

Shortly after climbing out of the central Michigan airport I had just departed for my distant home, ATC greeted me with a re-routed clearance, which would take me way out of my way and into headwinds. I had flight-planned to be able to get home non-stop, and was anxious to sleep in my own bed that night.

So, I cancelled IFR and initiated a climb to avoid the looming Detroit Class B airspace, which tops out at 8000 feet. My direction of flight dictated an odd-plus-500 altitude and, as luck would have it, a layer of broken puffies with bases at around 10,000 feet was in the way. I began a climb to avoid it, eventually settling in at 13,500 for the cruise. Since the broken layer extended along my route for a ways, and since I really hate giving up altitude until I can descend to the destination, I decided to stay there. After 30 minutes or so-even with my two-axis autopilot keeping everything straight and level-I was feeling fatigued and knew I needed to get on the bottle. What to do?

You guessed it: I unbuckled my seat belt, squeezed myself into the back seat, suffered a sore ear as the headset Id forgotten to remove reached the end of its cord, and started pawing through the baggage area. I managed to grab the oxygen bottle and made it back to the front seat without further drama, plugged in everything and put on the headset again. Nobody had missed me, but I felt like Id gotten away with something that could have been a huge embarrassment.

Since then, everything I can possibly use during a flight is readily accessible to the front left seat.