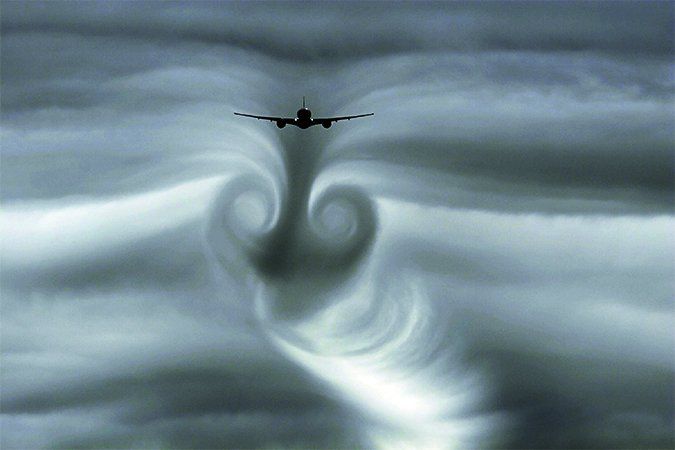 Last year, in the final stages of my student helicopter pilot training, I needed to complete the solo requirement of three takeoffs and landings at an airport with an operating control tower. The short cross-country to the towered airport went well. I negotiated with the tower controller to use the airport’s south helipad, which is near the tower and the approach end of one of the facility’s principal runways. First circuit from and back to the pad was uneventful, two trips to go.

During the second circuit, as I was turning crosswind, I heard an inbound aircraft contact the tower. The exchange I passively heard between the inbound aircraft and the tower was something on the order of, “Air Force something, something heavy, 500 feet agl on a straight-in approach; request high-speed, low pass.” This was followed by the tower’s clearance. Knowing this airport is a base for some Air National Guard aircraft, I was not surprised by this exchange and its implications did not register in my distracted brain.

A few moments later, I called my base turn as the tower had instructed and promptly received clearance to land again at the south helipad. At about 30 feet agl and approaching the pad, all hell broke loose. The ship began rolling, pitching and yawing, and was very difficult to control. I scanned the instruments to confirm I wasn’t exceeding the parameters in which a helicopter can fall through its own downwash, known as vortex ring state—I wasn’t—so what was happening? It felt like turbulence but different, and I was struggling, but why? Was it me? Did I screw up? Was I having a mechanical failure? The controls were responsive but I was still all over the place. The ground was getting closer and the helicopter was anything but level and stable. I was about to abort the landing when everything settled down and I came to a comfortable hover before putting the skids on the pad.

Then I saw it. Headed away at high speed, already at the far end of the runway and pouring full-power black smoke from its four engines was a U.S. Air Force E-3 AWACs, essentially a Boeing 707 with a large rotating radome on top.

The runway’s approach end, where the big jet dropped in, is approximately 350 yards from the helipad where I was now breathing again. The proximity and timing with my landing attempt could not have been worse. Turbulence mystery solved. The controller in the tower called and in a somewhat shaken voice (I assume he had witnessed my roller-coaster ride), stated I needed to hold for a minute or two to avoid wake turbulence. “Thanks, happy to.” I still had a death grip on the cyclic.

Had I been truly listening to what was inbound, and its proximity to where I was going to be and when, I would have extended my downwind, maintaining an altitude above the inbound traffic and its wake turbulence, thereby avoiding potential disaster. Lessons learned!