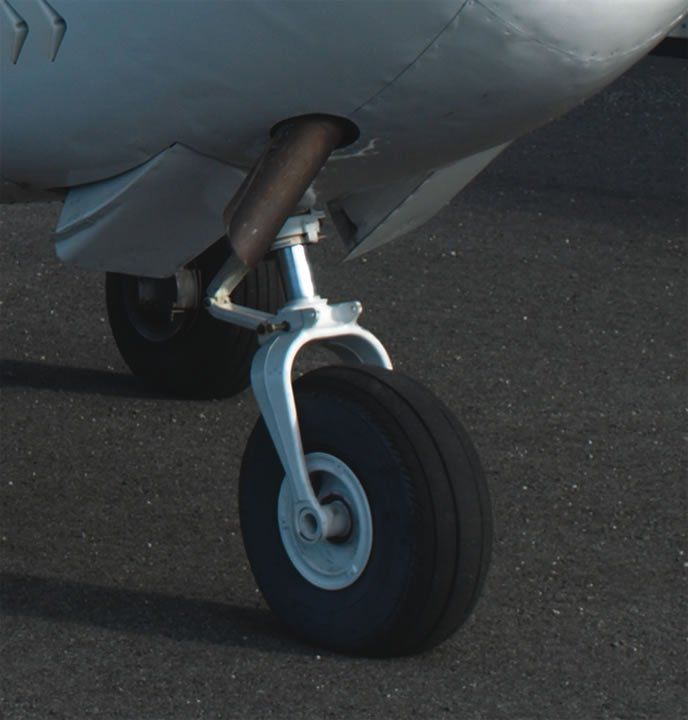 Pilots generally remember their landings, sometimes for years. They come in two basic flavors: best ones and worst ones. Everything else tends to fall into a memory-based black hole. My best ones are too numerous to mention, naturally, but my worst ones stick around in my memory like poor weather at the beach. One bad landing in particular stands out.

The days mission was to transport the girlfriend and another couple to a beach for the day. We had chosen my flying clubs Cessna 182 and a no-services paved strip right on the beach. The flight down was uneventful, and I planned the approach from over the water as suggested by the windsock, which was showing an onshore breeze. Up to the touchdown, everything was perfectly normal.

In hindsight, the touchdown really wasnt that hard. What happened next was something closer to riding a bucking bronco than a calm, sedate rollout. To say the Skylane bounced back into the air would be accurate but incomplete. In fact, there were two more bounces, each more enthusiastic than the one preceding it. This is the worst landing Ive ever made! I distractedly said aloud between the second and third bounces. Then, I finally got a clue and hauled back on the yoke to stop the madness.

We shuddered the runways full length, nosewheel shimmying all the way. At the end, we turned around and taxied to the ramp without a problem. Despite the 182s propensity for nosewheel/firewall damage in such an event, we could find nothing wrong with the airplane.

What had I done wrong? I pitched the airplane too high in the flare. Everything else-speed, configuration, height above runway-was spot on, so the bounces werent destructive. Why did I over-pitch in the flare? Id never had weight in the back of a 182 before; all my previous flights were me and a CFI. Accustomed to the Skylanes characteristic nose-heavy feel with only two aboard, I wasnt prepared for the additional pitch authority available with weight in the back.
– D. Moncure

If youve ever wanted to see something you wrote appear in an aviation magazine with your name, heres your chance. Each month, this space is devoted to giving readers the opportunity to share with other pilots something theyve learned about flying aircraft. Well always assure anonymity if you want it, but well be happy to put your name on it, also.

Check the instructions, then write up what happened, how you dealt with it and what you learned. Be sure to let us know if we can use your name!