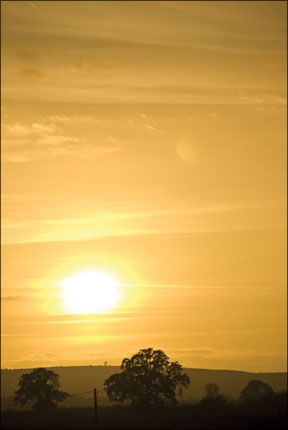 From the time in the late 1940s, when my father hired a small plane to take my brother and me for a ride around our home in northeastern Ohio, I wanted to learn how to fly. About 50 years later, I finally had the time and money and started training for the private certificate: A flight school, with excellent instructors and two long runways was only a few minutes away from my home.

Things went well for several months as I learned basic maneuvers aloft and attended ground school in the form of John and Martha Kings interactive DVDs. As

a former math teacher, I easily understood weight and balance calculations. Navigation using VOR radials was particularly interesting. An early case of “mic fright” gave way to comfortable conversations with controllers at the Class D airport and with other pilots at non-towered facilities.

With 40 hours in the logbook my instructor gently pushed me out of the nest by saying it was time to fly the airplane by myself. The three touch and goes went well. Lessons continued for the next 50 hours.

However, significant feelings of unease bubbled to the surface during these hours. The primary feeling revolved around multitasking. To me, flying an airplane such as a Cessna 172 consists of doing relatively simple tasks in a coordinated manner and planning these tasks ahead of time. Ive always worked sequentially and frequently procrastinated while doing tasks I didnt like. While flying solo I never felt comfortable or confident.

Secondary feelings included disdain for hitting waypoints on the chart within a minute of schedule and always being prepared for emergencies. (I have to keep track of the wind direction between departure and destination airports in case the big fan in front stops turning?)

My instructor prepared me for my first cross-country with a long flight together. My veneer of competence disintegrated as everything seemed to go wrong-getting onto the flight path, navigating by comparing the outside view with the chart, leaning the mixture at altitude, communicating with the tower and taxiing to the FBO.

About two weeks later we agreed to change my student status to inactive. Sure, I could have refocused on these tasks and again performed them properly, but other problems would certainly have occurred. Among them could have been VFR flight into IMC, followed by an attempt to gently reverse direction, where I can picture myself stubbornly believing my ears instead of the attitude indicator.

Many hours in the cockpit and interacting with the King DVDs were enjoyable. But, my innate inability to multitask and mild disrespect for the rules of the sky convinced me it was time to fold and turn in the cards.